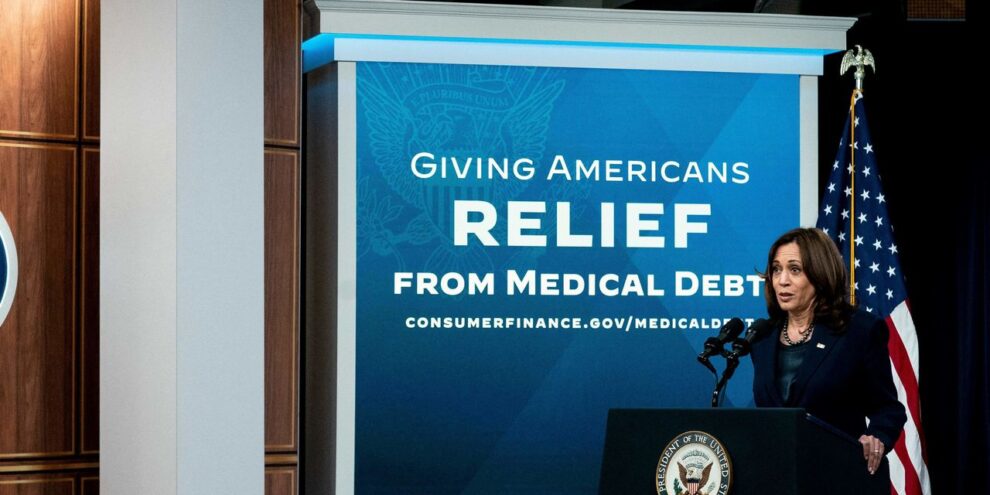 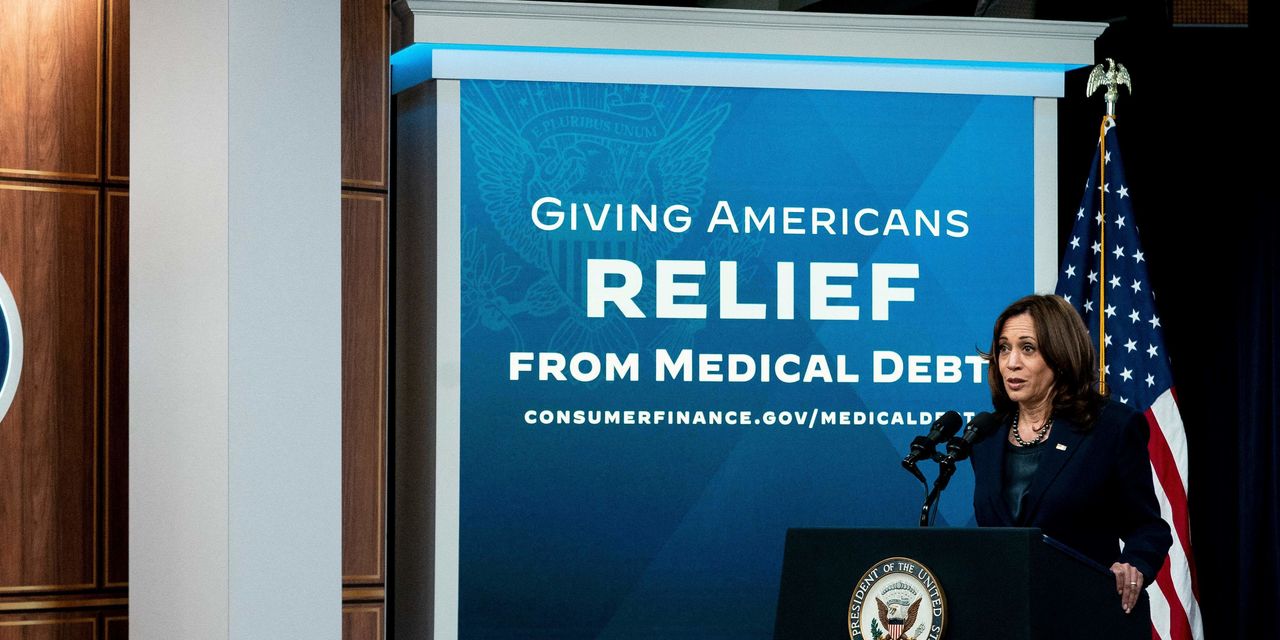 Medical debt can be a serious drag on consumers’ financial health, but the Biden administration hopes it has a dose of strong medicine coming.

The administration is asking federal agencies to erase medical debt as an underwriting factor in credit programs for certain consumer and small businesses whenever possible, the White House said Monday.

For example, the rural housing loans that run through the U.S. Department of Agriculture are going to stop incorporating medical debt loads when devising borrower repayment plans, the White House said.

Meanwhile, the Department of Veteran Affairs is looking at its guidelines after taking other steps to curb medical debt reporting. The Small Business Administration is reviewing its lending programs to spot ways to pull medical debt out of the equation when it comes to accessing capital, the White House said.

“Credit scores essentially are supposed to measure how responsible you are with your money,” Vice President Kamala Harris said Monday afternoon. “Having medical debt because you were sick or injured should not lower your credit score and make it more difficult to secure the help you need to get out of debt. It’s not logical.”

Alexander Sentayhu, a 25-year-old Washington D.C. resident who served in the U.S. Coast Guard, spoke at a Monday afternoon White House press conference about his family getting hounded by debt collectors while he recovered from multiple open heart surgeries and complications. It was a “crushing weight,” he said. Through a GoFundMe page, Sentayhu was able to raise more than $100,000, but he said that shouldn’t be the solution.

The White House announcement comes weeks after Equifax EFX, +0.31%, Experian EXPN, -1.89% and TransUnion TRU, -0.66% — the three major credit reporting companies — said they would overhaul how medical debt affects people’s credit scores. The change will remove nearly 70% of medical debt from credit reports, and paid medical bills sent to a collections department will not be included in reports, effective July 1.

The moves by the credit reporting companies are “important steps,” the White House announcement said Monday. But there’s more to do because medical debts amassed from health procedures and emergencies are not a reliable indicator of a person’s creditworthiness, the administration said.

That echoes consumer advocates who hailed the credit reporting companies’ announcements as a good first start to address the side effects of medical debt.

Medical debt isn’t shared equally, studies suggest. Black households, adults in the 35-64 year-old demographic (who aren’t yet eligible for Medicare), people making less money and households in the South tend to shoulder larger shares of medical debt, according to researchers at the Peterson Center on Healthcare and Kaiser Family Foundation.

While the Biden administration has government agencies looking at what they can do, it’s also reviewing what others are doing beyond the Washington D.C. beltway.

The Department of Health and Human Services is asking over 2,000 healthcare providers for information including bill collection approaches, lawsuits against patients owing money and financial aid, Monday’s announcement said.

“We look forward to learning more about this new initiative from the Administration. Hospitals and health systems are committed to treating all people equitably, with dignity, respect and compassion,” said Stacey Hughes, executive vice president of the American Hospital Association.

Collections are a “last resort,” Hughes said, noting that hospitals have given nearly $745 billion in uncompensated care to patients over the past two decades. ” The reality, however, is that the health care system must be adequately financed to ensure that hospitals and health systems are able to stay open and be there for their communities in times of need,” she said.

The CFPB is also investigating whether credit reporting and debt collection that’s tied to medical debt ever violates patients’ and consumers’ legal protections.

The agency’s director, Rohit Chopra, has previously said his agency is weighing whether medical debts should be included on credit reports. “In theory, credit reports are supposed to be an accurate repository of data about whether you have met your obligations on loans you have taken out. This theory is far from reality,” he said at a press conference tied to his agency’s look at medical debt.

On Monday, Chopra said the current consequences of medical debt make too many people feel like they are getting kicked while they’re down. “One of the things that many people who get sick feel like is that the system is out to get them,” he said.