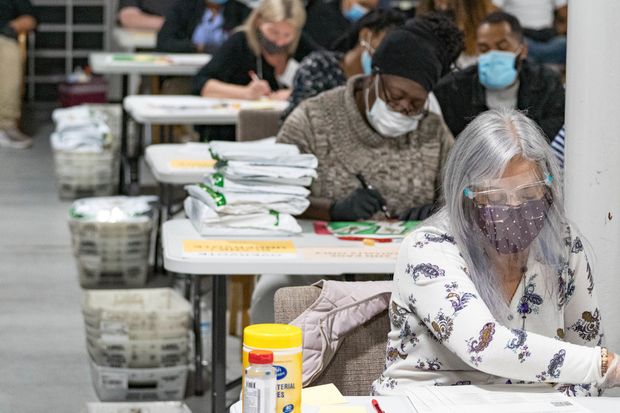 Failing to change the course of the election, the Trump administration still has many ways to make life difficult for the president-elect and his future cabinet. Read More...

A recount of the Nov. 3 presidential election votes in Georgia only slightly reduced the lead of Joe Biden over President Donald Trump, according to the Associated Press, and state authorities were readying to declare official results.

The outlook: The legal venues for the Trump campaign to overturn the election results are shrinking by the day. And it will become near-impossible for the outgoing president to contest the vote once all the states have formally certified their results.

Failing to change the course of the election, the Trump administration still has many ways to make life difficult for the president-elect and his future cabinet. Mnuchin’s decision not to renew several emergency Federal Reserve lending programs, met with an unusual public expression of disappointment by the Federal Reserve, didn’t only rattle the markets and Powell.

It also means that the lending programs cannot resume before February at the earliest, after the Jan. 20 Biden inauguration. And the “still-strained and vulnerable [U.S.] economy,” to quote the Fed, will have to do without them as the COVID-19 pandemic still rages.

The Week In Cannabis: The Vape Craze, Raises Hit $10B, Aurora Cashes In On TGOD, Seth Rogen’s Charity Goes Green

Tax Guy: How to file a loved one’s taxes after they’ve passed away