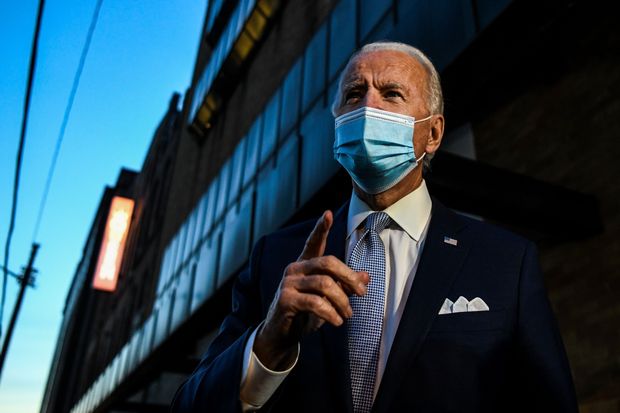 Biden tells NBC News on Tuesday he'll seek a bill that provides "a pathway to citizenship for over 11 million undocumented people in America." Read More...

President-elect Joe Biden intends to spend his first 100 days in the White House working on an immigration bill and rolling back President Donald Trump’s executive orders.

That’s what the Democrat told Lester Holt of NBC News in an interview broadcast Tuesday night.

“Some of it is going to depend on the kind of cooperation I can or cannot get from the United States Congress,” Biden said of his top priorities.

“I made a commitment, in the first 100 days, I will send an immigration bill to the United States Senate with a pathway to citizenship for over 11 million undocumented people in America,” Biden said, though such a bill would likely face steep hurdles if Republicans retain control of the Senate, which will hinge on the results of two runoff elections in Georgia in early January.

Biden said he’d also overturn “damaging executive orders” that Trump signed, especially ones regarding environmental issues. That includes a return to the Paris climate accord, and could also entail new protections for Alaska’s Arctic.

As for filling out his Cabinet, while Biden said “nothing is off the table,” he would be less likely to pick nominees who could better serve as allies in Congress.

Biden also said he will soon start receiving classified daily intelligence briefings, after the General Services Administration approved the transition process on Monday, and said that the outreach from the Trump administration “has been sincere — it has not been begrudging so far, and I don’t expect it to be.”

He added that he would not use the power of his office to pursue federal investigations into Trump: “I will not do what this president does and use the Justice Department as my vehicle to insist that something happened.”

Separately, the Biden’s transition team said he will deliver a national Thanksgiving address on Wednesday, which will be livestreamed and focus on the “shared sacrifices Americans are making this holiday season.”

MarketWatch First Take: HP, Dell results buoyed again by work-from-home trend, but are they sustainable?
: Hundreds of Americans have jumped at the chance to move their home offices to Barbados under ‘Welcome Stamp’ program
Comment

What Arnault’s Bromance With Trump Says About U.S.-EU Trade