President Biden will pledge to cut U.S. greenhouse gas emissions at least in half by 2030, according to reports Tuesday, a vow anticipated among climate-policy watchers and one those advocates consider a crucial sign of a U.S. commitment as the White House leads an Earth Day summit for 40 world leaders. Read More... 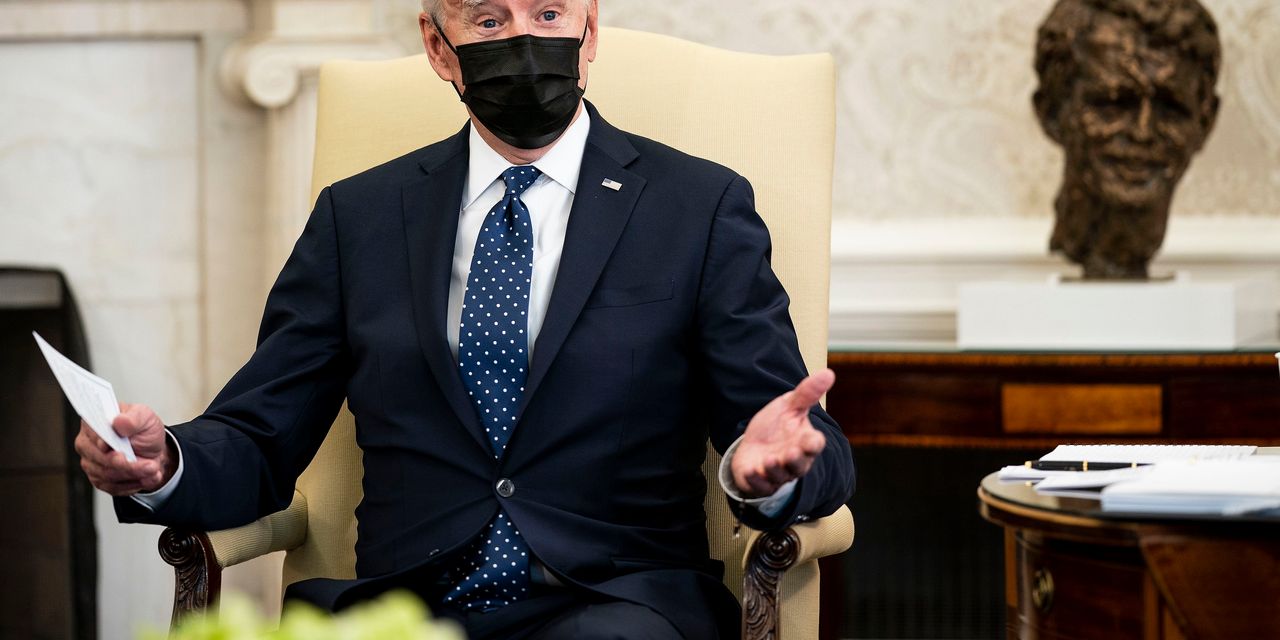 President Joe Biden will pledge to cut U.S. greenhouse gas emissions at least in half by 2030, according to reports Tuesday. It’s a vow anticipated by climate-policy watchers and one those advocates consider a crucial reflection of U.S. commitment as the White House convenes a virtual Earth Day summit for 40 world leaders.

The voluntary 2030 pledge, known as a Nationally Determined Contribution (NDC), and part of the Paris climate pact that loosely binds global efforts, was reported to the Associated Press by three people with knowledge of the White House’s plans. The Washington Post reported similar confirmation.

The 50% target would nearly double the nation’s previous commitment. It also makes it more likely the U.S. can meet its mission of net zero emissions by 2050, a common refrain from a Biden administration that has made combating climate change a fixture of the first 100 days of policy proposals.

More than 400 businesses have signed an open letter to Biden asking for the 2030 pledge. Those businesses, including Apple AAPL, -1.28%, Google parent Alphabet GOOGL, -0.47% and other major tech and consumer companies, employ more than 7 million American workers across all 50 states, representing over $4 trillion in annual revenue.

“It would send a message that the U.S. is back in the game,” after the Trump administration had removed the U.S. from the Paris accord, said Helen Mountford, vice president of climate and economics for the World Resources Institute, in an interview previewing the upcoming conference.

At the virtual event to be held April 22-23 — a gathering seen as a precursor to the U.N.-hosted COP26 climate talks in Glasgow, Scotland, in November — the Biden administration intends to galvanize efforts by the world’s major economies “to reduce emissions during this critical decade to keep a limit to warming of 1.5 degree Celsius (2.7 degrees F) within reach.”

The European Union and the United Kingdom have already submitted new NDCS. But other major economies, including Japan, South Korea, Canada and China, have yet to put forward a 2030 NDC aligned with their long-term emissions goal. By submitting the U.S. goal, Biden may have more leverage to convince their leadership.

Biden and the Democrats enjoy a narrow advantage in Congress as they move forward infrastructure proposals and other vehicles for energy CL00, -0.61% and climate policy. Republicans have expressed concern for costs, the impact on traditional energy-sector jobs and conflicting signs from China and other big emitters that they are doing enough to clean the air.

Biden can also use executive orders to advance his climate agenda, as he did in returning the U.S. to the Paris agreement.

U.N. reports indicate that without the more aggressive 2030 targets, most major economies aren’t moving fast enough to meet the 2050 net-zero commitments that have dominated political platforms of late.

Is PayPal Stock A Buy Right Now As Venmo Accepts Bitcoin, Cryptocurrency? Here’s What Earnings, Charts Show
There is a new normal for Netflix, and that is not necessarily a bad thing
Comment

Amazon announces $15 minimum wage for all US employees

NewsWatch: Stock-market pros are having a tough time imagining an S&P 500 slump in 2021