During the pandemic, jobless Americans have seen changes in who gets benefits, how much money they get, and for how long. Read More... 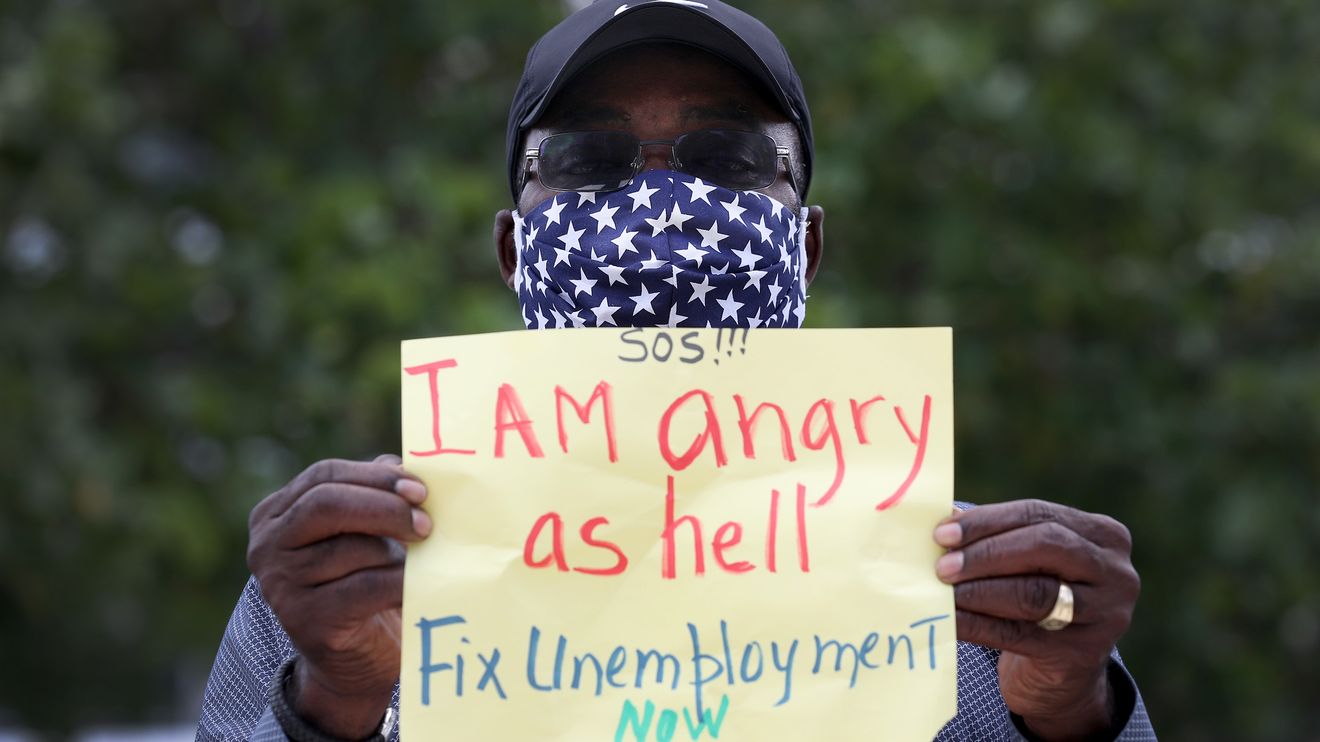 President Joe Biden’s call to reform the unemployment insurance system is likely music to the ears of millions of Americans who have experienced its shortcomings firsthand during the pandemic.

Between countless hours on hold and website crashes while trying to file for unemployment benefits and getting flagged for fraud in error, jobless Americans have cried out for changes to the system.

Unemployed Americans have also contended with the sudden loss of benefits income several times during the pandemic while lawmakers engaged in lengthy negotiations over extending unemployment benefits.

Each time new federal legislation passed calling for adjustments to unemployment benefits, state systems would take weeks to process the changes, leaving some of the most financially vulnerable Americans without a financial safety net.

Biden, in his recently unveiled $1.8 trillion American Families Plan, said he wants to work with Congress “to automatically adjust the length and amount of UI benefits unemployed workers receive depending on economic conditions,” according to a White House fact sheet on the plan .

“ ‘If we don’t fix unemployment insurance now, the system will be even more broken when the inevitable next recession hits’ ”

“This will ensure future legislative delay doesn’t undermine economic recovery and it will enable permanent reform of the system to provide the safety net that workers deserve in the hardest times,” according to the April 28 fact sheet.

White House officials did not respond to MarketWatch’s inquiry regarding specifics on Biden’s proposal, including which economic conditions would trigger automatic benefit adjustments and whether Biden wants to make temporary pandemic relief programs permanent.

“The COVID-19 pandemic has made it overwhelmingly clear that our nation’s unemployment insurance system is inadequate and unreliable for workers when they lose a job,” Bennet said in a statement. “That’s why Senator Wyden and I have proposed overhauling our nation’s unemployment insurance system and tying benefits to economic conditions on the ground.”

Bennet said he looks forward to working with the Biden administration and Congress to make the unemployment system “more responsive” to unemployed Americans.

Here’s a look at pandemic-related changes to unemployment benefits that would likely stick around, or not, under a Democrat-led reform proposal.

Wyden and Bennet’s plan calls for “requiring that all states offer at least 26 weeks of benefits, replace 75% of a typical worker’s wages, cover part-time workers and workers who quit their jobs with good cause, and offer benefits to workers during their first week of unemployment,” according to an April 14 policy brief.

Under the CARES Act and the two other pandemic stimulus packages that were signed to law, jobless Americans across the country who exhausted their state benefits qualified for additional weeks of federally-funded unemployment through the Pandemic Emergency Unemployment Assistance program.

Under the Wyden-Bennet proposal, jobless Americans would automatically qualify for 13 extra weeks of federally-funded unemployment benefits if, for instance, “the state or national three-month average total unemployment rate (seasonally adjusted) is at or above 5.5%,” according to the policy brief.

“The idea of this proposal is to quickly provide 13 weeks of additional benefits as soon as the economy turns down, and to continue providing additional weeks beyond that,” said Andrew Stettner,  an unemployment expert at the Century Foundation, a liberal-leaning think-tank.

At a minimum, they can collect the equivalent of the average weekly benefit in their state. In all 50 states and Washington D.C., the minimum amount is more than $100 a week, according to the Department of Labor.

Traditional workers’ employers are required to file a W2 tax form on their behalf to report their income and the taxes deducted from their paychecks, a portion of which goes directly towards funding unemployment benefits.

— Chad Stone, chief economist at the Center on Budget and Policy Priorities

Non-traditional workers who received benefits through the PUA program “didn’t pay into the system,” meaning they didn’t contribute tax dollars to fund unemployment insurance, said Chad Stone, chief economist at the Center on Budget and Policy Priorities, a think-tank focused on the impact of budget and tax issues on inequality and poverty.

The Wyden-Bennet proposal calls for establishing “a $250 per week Jobseeker Allowance that would be available to any unemployed workers not covered by the traditional unemployment insurance system.” It would be “100% federally financed,” according to the policy brief.

That’s going to be a hard sell, particularly to Republican lawmakers and moderate Democrats such as Sen. Joe Manchin of West Virginia, Stone told MarketWatch.

“I don’t think it can be done unless there’s an effort to figure out a way these workers contribute to its funding,” he added.

Even as the unemployment rate sinks further as vaccination rates increase lawmakers should not move on and forget about making permanent changes to the unemployment insurance system, he said.

Wyden agrees. “If we don’t fix unemployment insurance now, the system will be even more broken when the inevitable next recession hits,” he said in a statement.

Buffett to new investors: ‘It’s not as easy as it sounds’
Warren Buffett on the evolution of the world’s largest companies
Comment

Exclusive: Coming bill would allow U.S. news publishers to team up when negotiating with Facebook, Google

Hej! Amazon opens Amazon.se in Sweden to expand in Europe