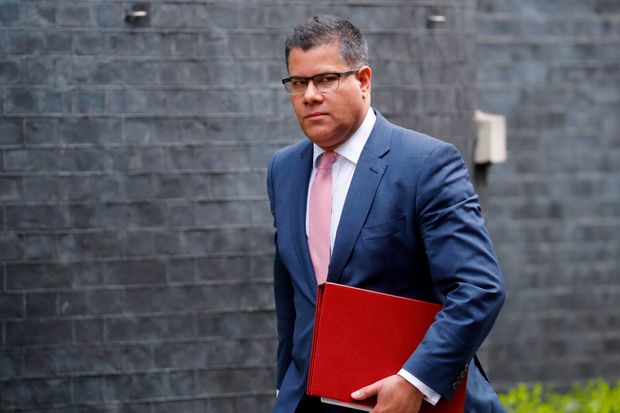 Government could halt acquisitions up to five years after a deal is completed under new legislation. Read More...

The U.K. government plans to introduce sweeping new powers to prevent overseas companies from buying the country’s sensitive assets, amid growing concern about the impact of China’s growing economic power.

Under the National Security and Investment Bill, published on Wednesday, companies will have to notify the government about proposed deals in 17 sectors deemed of strategic importance. These include civil nuclear, communications, defense, energy, transport, and artificial intelligence.

Ministers will also have the power to scrutinize the acquisition of assets and intellectual property, as well as companies themselves.

Directors of overseas companies that fail to alert the government could face personal fines of up to £10 million, or their businesses could pay penalties worth up to 5% of their annual turnover.

The new measures, which mark the biggest shake-up of U.K. takeover law in two decades, will also allow ministers to retrospectively stop acquisitions any time in the five years after the deal was concluded.

“Hostile actors should be in no doubt — there is no back door into the U.K.,” said Alok Sharma, business secretary, in a statement.

“This bill will mean that we can continue to welcome job-creating investment to our shores, while shutting out those who could threaten the safety of the British people,” he added.

Read: Terminating Takeovers: Governments Should Think Twice Before Pulling Up the Hatches

The government expects that around 1,000 deals will be flagged up each year. Of these, 70 to 95 are expected to be subject to a national security evaluation, with around 10 requiring “remedies.”

Kevin Ellis, chairman of PricewaterhouseCoopers, said that while the U.K.’s attractiveness for investment shouldn’t be underestimated, competition for foreign direct investment is getting “much fiercer.”

“Across all industries and markets the bar is being raised and we can’t rely on existing skills, historical relationships or legacy perceptions to drive future success,” Ellis said.

The proposals come amid escalating political concern over Chinese ownership of key sectors of the economy. The COVID-19 pandemic has also heightened fears that hard-hit companies could be easy prey to foreign investors looking to gain access to cutting-edge technology or firms linked to crucial infrastructure.

The U.K. government is currently assessing the impact of Nvidia NVDA, -1.18%’s $40 billion takeover of Arm, amid a growing backlash against the deal, as shareholders, politicians and industry experts raise concerns over national security, the loss of crucial homegrown technology, and key roles to a foreign buyer.

Ministers argue that the new powers would place the U.K. more in line with countries like the U.S., Australia and Italy that have all tightened their takeover rules in recent years, amid increasing concerns over the threat to national security from China and Russia.

The French government said in May also has plans to tighten restrictions on non-European investments in French companies, to limit foreign control over strategic sectors and technologies. The same month, Germany approved legislation to lower the threshold for reviewing and blocking foreign takeovers of strategically important companies.

Under the new U.K. measures, ministers will have 30 days to decide whether they want to “call in” a takeover or any other significant transaction, subjecting it to a national security review.

That could result in takeovers being blocked or a range of conditions being placed on deals.

The new legislation replaces the national security element of the 2002 Enterprise Act, which allows ministers to intervene in deals on competition grounds or if a deal has implications for national security, media plurality or financial stability. This applies only if a target company has a turnover of £70 million or where the merged business would have a market share of 25%.

The new bill has no minimum threshold for turnover or shares.

Your ESG Portfolio Could Have Too Much Tech Exposure. Here’s How to Fix It.
: Amazon ‘illegally distorted competition,’ the EU found, as it faces a new competition investigation into Prime
Comment

N. Va. leaders lay out their General Assembly wish lists. Here's where they all agree.