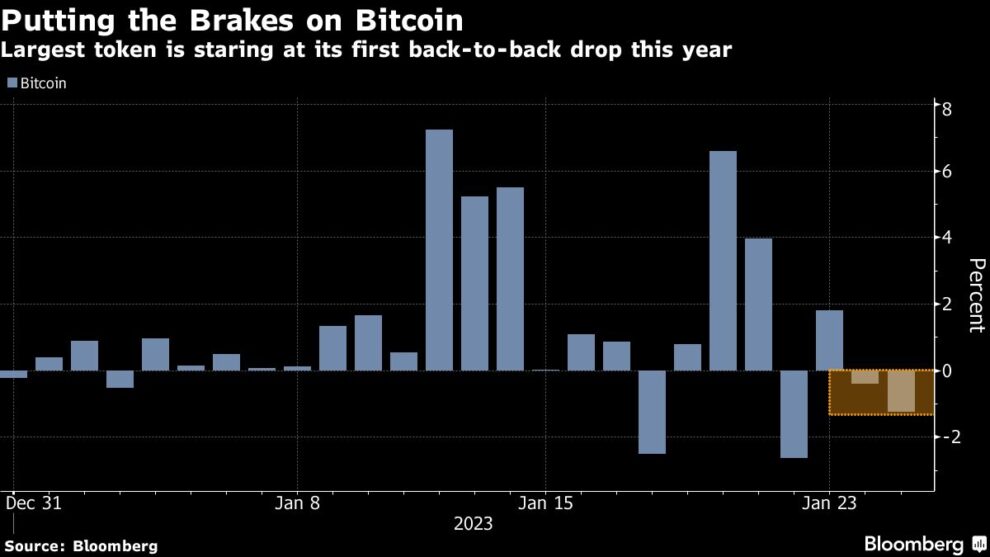 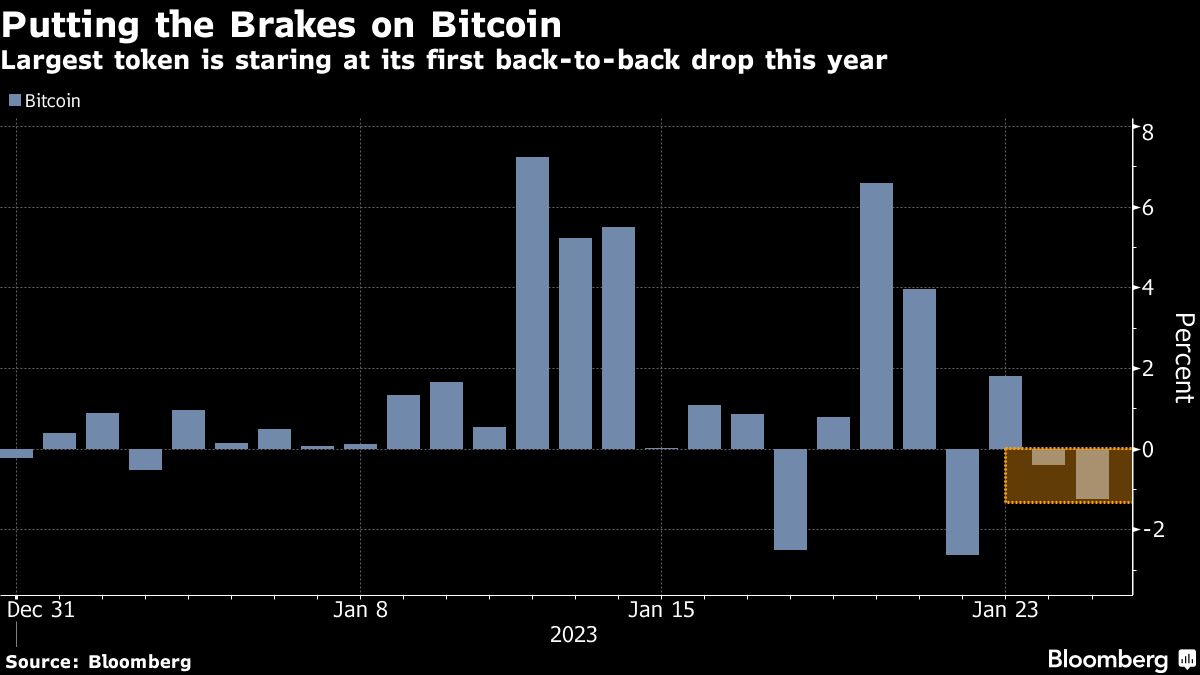 (Bloomberg) — Bitcoin is flirting with its first back-to-back drop since the start of the year following a poor revenue outlook from technology bellwether Microsoft Corp. that dented wider investor sentiment.

The largest token fell as much as 2.5% and was trading at about $22,380 as of 9:26 a.m. in Singapore on Wednesday after edging lower in US hours. A range of smaller coins, from Ether to Cardano to Avalanche, were also in the red.

Digital assets are among the many investments that jumped at the start of 2023 on bets that central banks will slow or even reverse interest-rate hikes in the months ahead. But the sanguine stance is vulnerable to reversals, for instance if the Federal Reserve at its policy meeting next week pushes back against dovish expectations in the ongoing fight against inflation.

The disappointment over Microsoft’s forecasts spilled over into crypto, which is still fairly strongly correlated with technology stocks, according to Tony Sycamore, a market analyst at IG Australia Pty.

“With risk assets, it’s almost been like trying to hold a ball under water so far this year,” he said. “The market is now having second thoughts about how much further to push them.”

A burst of short covering that likely helped to propel the 36% jump in Bitcoin this month may also be petering out, said Hayden Hughes, chief executive officer of social-trading platform Alpha Impact.

“Prices began to reverse themselves as hedge funds re-entered short positions after taking the weekend off,” he said.

Katie Stockton, founder of Fairlead Strategies LLC, a research firm focused on technical analysis, sees significant resistance for Bitcoin at around $25,000. That’s a level the token was last at in August.

Stockton said in note this week that’s she’s “neutral intermediate-term with the return of overbought conditions” for Bitcoin.

Bitcoin and a gauge of the top 100 tokens both shed more than 60% last year, hurt by rising borrowing costs and a series of crypto blowups. The overall market value of digital tokens has rebounded about $250 billion in January, according to CoinGecko data.