In a newly published book, Lewis shares his final reflections on topics including courage, activism and money. Read More... 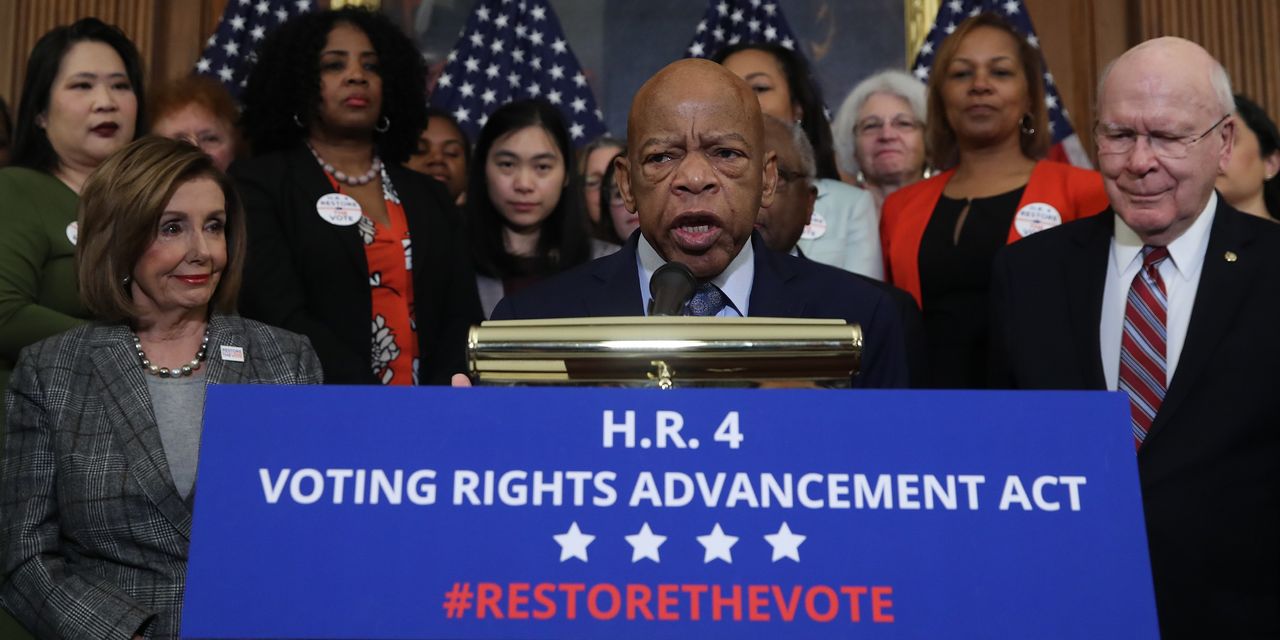 We remember the late Congressman John Lewis as a hero for good reason. Over more than 30 years as a member of Congress, Lewis spoke out on important issues including voting rights and climate change — and the John Lewis Voting Rights Act is now making its way through congressional committees. But there was another topic on which Lewis frequently opined that receives less attention: Money.

I am fortunate to have known Lewis, who passed away in July 2020, and privileged to have collaborated with him on the newly published “Carry On: Reflections for a New Generation,” in which Lewis shares his final reflections on topics including courage, activism, and money. Here are three things I learned from him:

1. The civil rights movement was also an economic movement: During his tenure, Lewis advocated for economic reforms such as such as the Employment Empowerment Act, which would have afforded unions protections against discrimination (similar to those against race and gender). Lewis ardently supported raising the minimum wage to $15 across the board. While the $15 minimum wage wasn’t part of the coronavirus relief bill that was enacted earlier this year, President Joe Biden recently issued an executive order that mandates all federal contractors pay their workers at least $15 an hour. Lewis would have urged us to keep going until every American can earn a fair wage.

Dr. Martin Luther King, Jr.’s famous “I Have a Dream” speech was delivered at the March on Washington for Jobs and Freedom in August 1963. During that same speech, King invoked a financial metaphor, saying effectively that the American “check” had bounced and was marked “insufficient funds” when black Americans tried to cash it. Lewis spoke at the same event, and he understood the link between jobs and upward social mobility. To be sure, attaining equality at the ballot box was a central tenant of the Civil Rights Movement that Lewis helped lead. So was finding jobs and meaningful economic opportunities.

2. We must speak out for our values to be reflected in the federal budget: Lewis would have likely supported Biden’s infrastructure initiative, which aims to invest in U.S. roads, bridges, public transit and airports. I witnessed firsthand over the years how the Georgia congressman advocated for Hartsfield-Jackson Atlanta International Airport, the world’s busiest airport. Lewis understood the link between infrastructure and economic opportunities.

“Accumulating money has never been a goal of mine. But when I see injustices that concern money, I stand up and speak out,” John Lewis says in “Carry On.”

He also saw the relationship between what a country values and how it spends its money. “We spend billions of dollars on wars and in other countries. How about we use that money here at home building schools, to feed the hungry, for housing and medical facilities?” Lewis asks.

3. Financial imagery matters: Lewis wanted U.S. currency to exhibit more racial and gender diversity. “We should put Harriet Tubman, Sojourner Truth, Eleanor Roosevelt, and Dr. Martin Luther King, Jr. on our money,” Lewis said. “This would have the effect of reminding everyone about our values and principles.”

Numismatists and economic historians have long pointed to the glaring omission of people of color on U.S. currency. It’s also a missed opportunity. Harriet Tubman will likely grace the $20 bill eventually, as Biden reinstated this effort earlier this year. Noted Lewis: “The images of these individuals would help inspire young people to learn their stories, and in this way these images can help to shape the future of our country.”

Ultimately, the U.S. government’s money is your money, and Americans have the power to advocate for how its spent. In one of the book’s most powerful passages, Lewis urges us to “VOTE VOTE VOTE VOTE VOTE…Write that in capital letters in your notes. All over the page.” He was adamant that everyone should exercise their right to vote in order to manifest the type of country in which they want to live. It’s by voting and heeding Lewis’ call that we’ll be able to enact meaningful economic reforms which help to create a more inclusive and united society.

Kabir Sehgal is the author of sixteen books including Carry On: Reflections for a New Generation, with John Lewis (Grand Central Publishing, 2021).

Plus: Enhanced Child Tax Credits of up to $3,600 per child start this week: ‘I’m going to be able to do a lot’

Pinterest lost users in the second quarter, and the stock is plunging