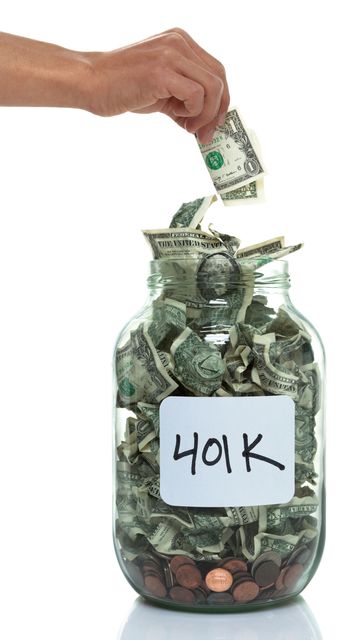 Many large employers, including Amazon and Home Depot, 'churn' through low-paid workers who often leave before 401(k)s vest. Read More...

Hard working Americans, many on low wages, are losing pension dollars they earned. It affects millions. And it’s legal.

In a nutshell: Some of America’s biggest companies run their shop floors so that low-paid front-line staff “churn,” or leave, within a couple of years. This includes retailers, internet companies, leisure and hospitality companies and others. Some do it deliberately. Others do it by default, by treating such workers as disposable.

Meanwhile many of those same companies also structure their 401(k) plans so that workers don’t actually get to keep the company’s contributions unless they stay at the company for more than three years.

This practice is the focus of a blistering report by Samantha Prince, associate professor of law at Penn State Dickinson Law.

Dickinson singles out Amazon AMZN, +1.48% as an example. The company has high turnover. Founder and former CEO Jeff Bezos, the world’s second richest man, famously embraced high turnover to avoid a “march to mediocrity.” A PayScale survey found the median employee left after only a year. Yet Amazon runs a 401(k) plan where company contributions don’t “vest,” or become the employee’s, until the employee has stayed at the company for at least three years.

Amazon is America’s second biggest private sector employer, with nearly 1 million workers. It is currently advertising the quality of its benefits on TV and YouTube.

Amazon, contacted by MarketWatch, said that the company contributed 50 cents to an employee’s 401(k) for every dollar that the employee contributes, up to 4% of the employee’s earnings. But the company admitted that employees didn’t get to keep those matching dollars unless they stayed for at least three years (though, Amazon added, if the employee left within three years, but then came back within another five years, the vesting schedule would resume as if they hadn’t left). The company declined to say how many employees stayed at least three years, but said the number was rising.

Bezos, who founded the company nearly 30 years ago, has a net worth of around $180 billion, although he took a hit recently when the stock fell on disappointing earnings.

Prince cited Home Depot HD, +2.38% as another company running a similar system. Home Depot confirmed that employees don’t get to keep the company’s 401(k) contributions unless they stay at the company for more than three years. The company declined to say how many did so.

Both companies emphasized other benefits and perks they provide for workers. (And, though they didn’t mention this, it should be added that America now has the best job market in decades, and wages are rising across the board.)

These companies are not alone. The Plan Sponsor Council of America, an organization that represents retirement plan sponsors, tells me that less than half of all 401(k) plans in America offer immediate, full vesting of employer contributions. Furthermore it’s the biggest companies that are most likely to hold back the money. Among employers with more than 5,000 employees, their data show, 23% of those that give a company match use a three-year vesting schedule. Among small employers with fewer than 100 employees, the figure is less than 10%. Among those that give non-matching contributions, 47% hold back the money for three years before it vests.

This pension scandal isn’t ambiguous, and in this fractious age it’s one topic that could unite people across the political divide. Hard working people, the working poor, are being stripped of dollars they reasonably assumed they had earned.

“When Amazon and other companies, like Home Depot, consistently have high turnover and use a vesting schedule, the employees lose, and the companies win,” argues Prince. The contribution dollars that workers lose get thrown back into the 401(k) pot, where the companies can use them to pay administrative costs and provide the company contributions to other employees. That is an effective subsidy to the company. “As a result, these companies enjoy a windfall through the reduction of compensation costs. This all comes at the expense of the employees and exacerbates retirement wealth inequality for marginalized group,” Prince says. “These companies are sabotaging the retirement system.”

Prince adds: “These companies know they have high turnover and turn a blind eye toward the inequities created by using a vesting schedule that will result in those employees losing their benefits.”

This practice isn’t just unethical. It may also be bad business practice. Especially when employers have to fight for good workers, like now.

“With the job market as tight as it is, a 401(k) vesting schedule that causes employees to miss out the match is shortsighted,” says Mari Adam, a financial planner at Mercer Advisors in Boca Raton, Florida. “The 401(k) match is part of total compensation. A stingy match, or one that only vests over multiple years, can hurt the company’s ability to hire and retain employees.”

“I’ve had clients working for companies like this, and they feel shortchanged,” she says. “Even though the company may have what it thinks are good reasons to delay vesting, it sends the message to employees that they are not valued, or the company doesn’t care about their financial well-being.”

“Retaining talent and incentivizing talent to stay is more challenging than ever,” she says. “These stretched out vesting periods are used as a way to incentivize employees to stick around so they get their complete match. As an employer myself, I would hope that employees consider the idea of ‘money being left on the table’ before jumping ship.”

She adds, “Any outside offer would have to take into account the foregone benefits. Wrong, right or indifferent, it is an employee benefit that the employee should consider when evaluating other offers.”

How far this applies to low-wage staff on the shop or warehouse floor is an open question.

The companies may be acting ruthlessly, but they are also acting legally. They are trying to maximize shareholder value (and, possibly, executive bonuses—which is not the same thing). It is too facile just to blame the employers or “greed.” Also to blame is our stupidly overcomplicated, Byzantine system of federal retirement rules and regulations. Washington seems addicted to complex rules, the more complex the better. Ironically they are often embraced most by people who claim to be standing up to the powerful.

Memo to policy wonks: Complexity benefits the powerful. Always. Your complicated nets catch the small fish and let the big ones swim through or around. That’s not a bug of a complicated system, it’s a feature.

Here’s a simpler idea. How about we just eliminate vesting altogether in all qualified, ERISA plans such as 401(k)s? No vesting at all. Keep it simple, stupid. These are retirement plans.

Employers want to incentivize key employees to stick around? Great. Let them do it outside of the retirement plan. They can offer a bonus. Or a pay raise. Or working conditions that don’t suck. How’s that sound?