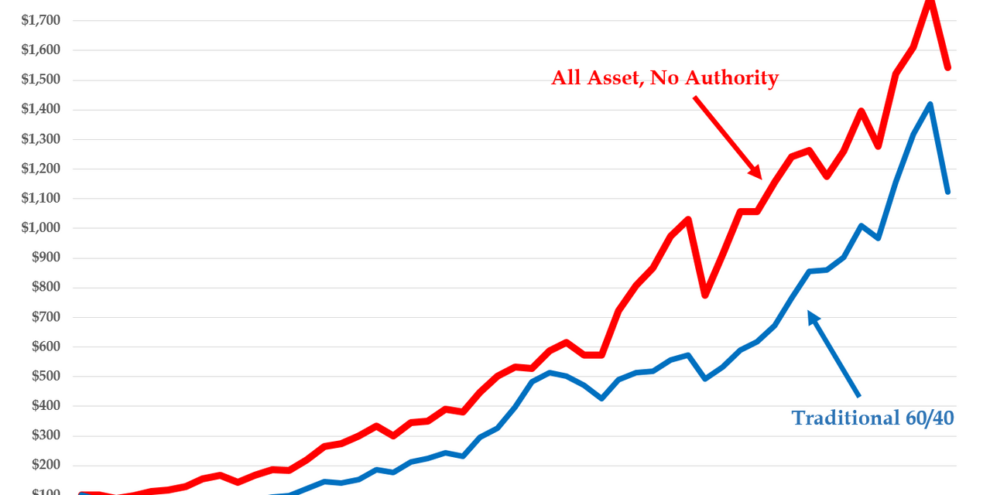 Do you have the right portfolio for your retirement savings? Read More... 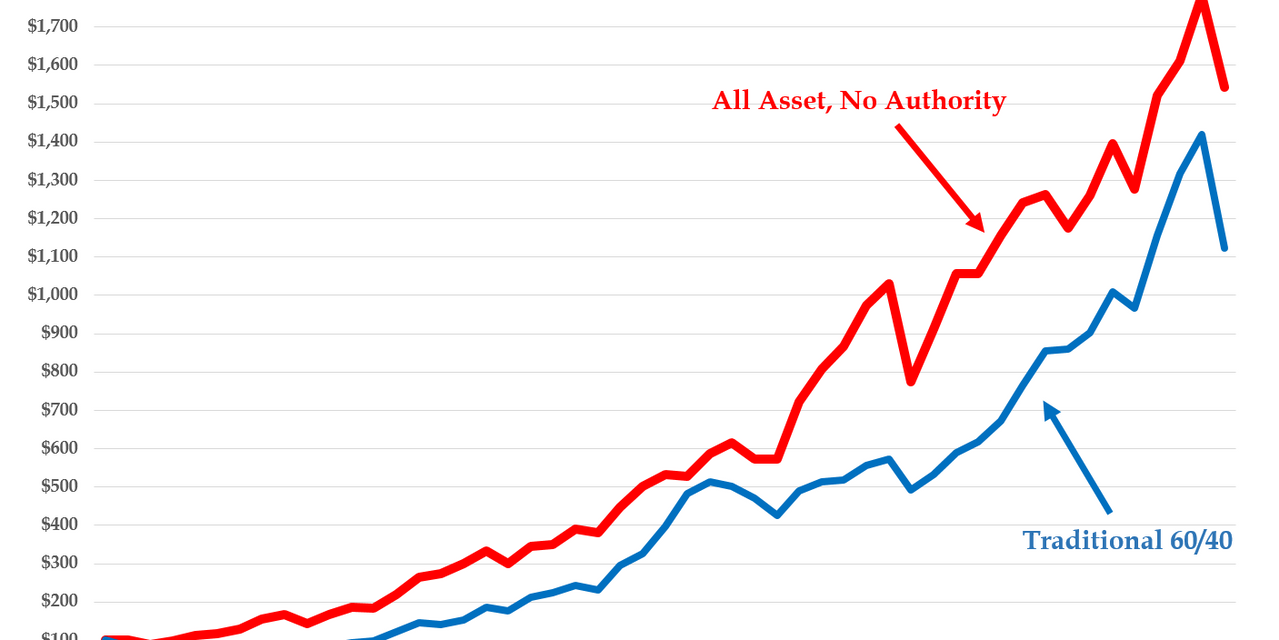 Do you have the right portfolio for your retirement savings?

When it comes to long-term investing, the biggest issue — by far — is overall asset allocation: How much to stocks, sectors, assets and so on. Picking individual securities within those asset classes — individual stocks or bonds, for example — usually turns out to be much less important.

The most widely followed benchmark is the so-called “balanced” portfolio known as 60/40: 60% stocks, 40% bonds. It is the model followed by pension fund managers the world over. The theory is that the stocks will produce superior long-term growth, while the bonds will provide some stability.

And it’s done pretty well overall — especially in the era since the early 1980s, as inflation and interest rates have fallen, and stocks and bonds have both risen. But what about in other periods?

Doug Ramsey, the chief investment officer at Leuthold Group in Minneapolis, also tracks something different. As mentioned here before, he calls it the “All Asset, No Authority” portfolio and it consists of equal investments in 7 asset classes: U.S. large-company stocks, namely the S&P 500 index SPX, +2.39%, U.S. small-company stocks, via the Russell 2000 index RUT, +3.06%, stocks of developed international markets in Europe and Asia, via the so-called EAFE index, 10-year Treasury notes, gold, commodities, and U.S. real-estate investment trusts.

It’s a clever idea. It tries to get outside our current era, on the grounds that the future may not look like the last 40 years. And it is idiot-proof, because it takes all control out of the hands of individuals. It allocates equal amounts to all the major asset classes, while making a huge bet on none.

Ramsey has looked at how this portfolio has done (or would have done) going back to the early 1970s. You can see the results above, compared to a 60/40 portfolio of 60% invested in S&P 500 and 40% invested in 10-year U.S. Treasury notes. Both portfolios are rebalanced at the end of each year. Note: The numbers have been adjusted for inflation, showing “real” returns in constant U.S. dollars.

First, All Asset No Authority has produced higher total returns over the past half-century than 60/40. (It has trailed the much more volatile S&P 500, but by much less than you might think.)

Second, that outperformance (as you would imagine) was really due to the 1970s, when gold, commodities and real estate did well.

But fourth, and probably most interestingly: The AANA portfolio has been lower risk, at least measured in a certain way. Instead of looking at standard deviation of returns, I’ve looked at 10-year real returns because that’s what matters to real people. If I own a portfolio, how much better off will I be 10 years from now — and, crucially, what is the likelihood that I will actually end up losing ground?

Maybe that’s too gloomy a way of looking at things. Maybe it’s a reflection of the current selloff.

Nonetheless, I’ve found that in almost half a century AANA has never produced a negative real return once over 10 years. The worst performance was 2.6% a year above inflation — that was in the 10 years to 2016. That still generated a 30% rise in your purchasing power over the course of a decade. Meanwhile a 60/40 fund (and a 100% allocation to the S&P 500) has over a couple of 10-year periods actually lost you money in real terms, and on a few other occasions made you less than 1% a year above inflation. (Not counting fees and taxes, of course.)

As usual, this is not a recommendation, merely information. Make of it what you will.