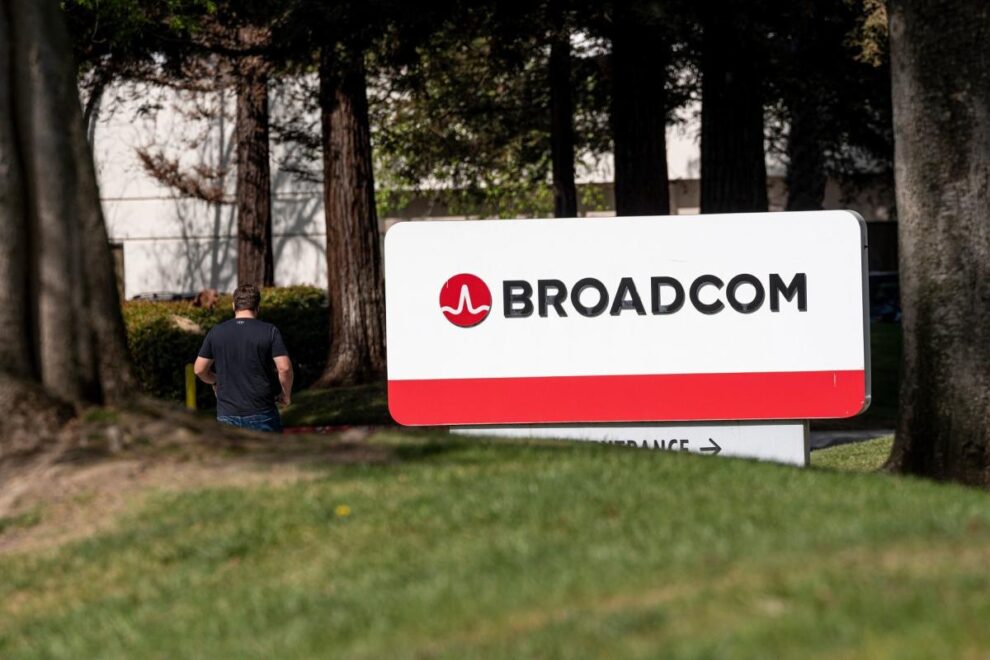 (Bloomberg) -- Broadcom Inc., a chipmaker that supplies some of the largest companies in the tech industry, gave a strong sales forecast for the current quarter, allaying fears that spending on internet infrastructure is slowing. Most Read from BloombergLukoil Chairman Ravil Maganov Dies After Falling From Hospital WindowPutin Brings China and India to Russia for War Games Defying USHong Kong Officials Target End to Hotel Quarantine in NovemberJeremy Grantham Warns ‘Super Bubble’ in Stocks Has Y Read More... 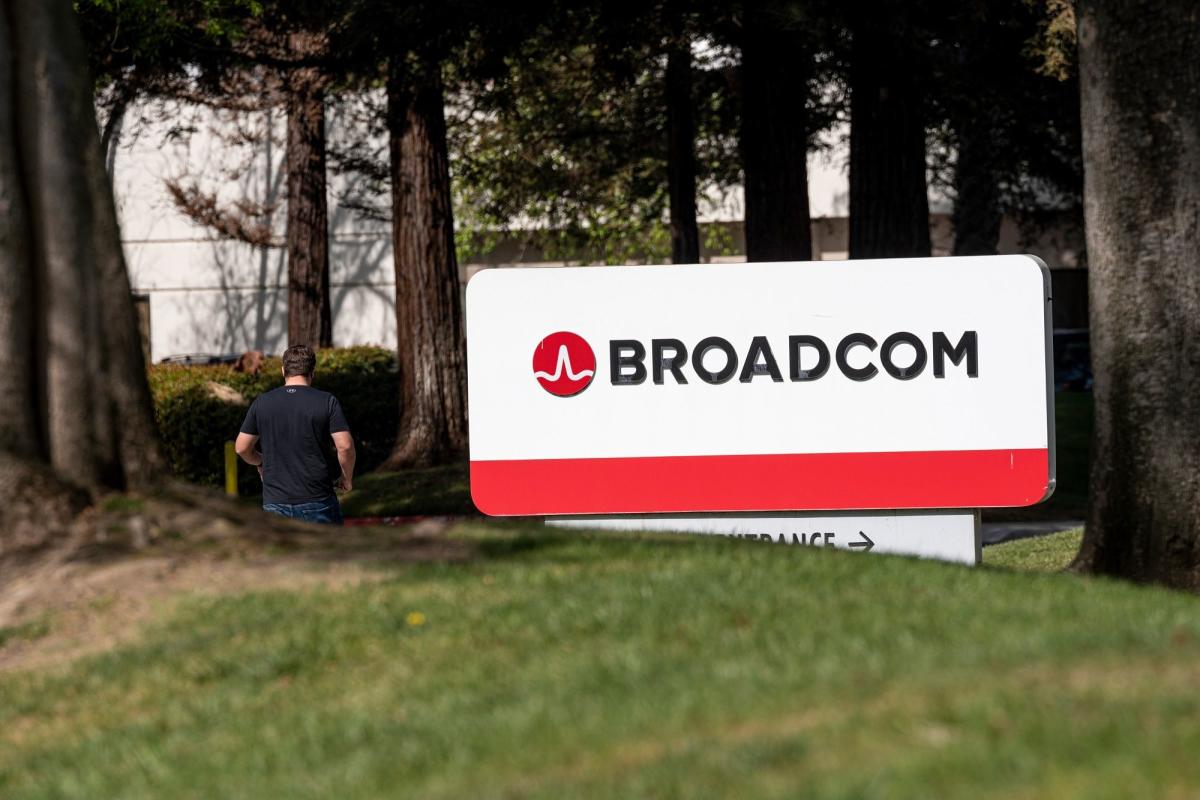 (Bloomberg) — Broadcom Inc., a chipmaker that supplies some of the largest companies in the tech industry, gave a strong sales forecast for the current quarter, allaying fears that spending on internet infrastructure is slowing.

Revenue in the fiscal fourth quarter will be about $8.9 billion, Broadcom said in a statement Thursday, compared with an average analyst estimate of $8.72 billion. The shares rose about 2% in late trading following the report.

The outlook suggests Broadcom is sidestepping a broader decline in chip demand, at least for now. Other suppliers, including Nvidia Corp., Intel Corp. and Micron Technology Inc., have predicted a steep sales slowdown — hurt by sluggish orders of personal computers and smartphones. Given that pessimism, Broadcom Chief Executive Officer Hock Tan acknowledged that his company’s report was “somewhat surreal.”

“From our vantage point, infrastructure spending is still very much holding,” Tan said on a conference call with analysts. “It’s true end demand.”

Broadcom’s backlog of orders, which can’t be canceled, is expanding and now sits at $31 billion, Tan said. The company is rigorous in ensuring that those orders reflect demand for real products — and aren’t just going to be sitting in a warehouse. Broadcom’s average lead time, the gap between getting an order and filling it, remains at 50 weeks, Tan said.

Broadcom is faring better than companies that focus on chips for PCs, which aren’t selling well because consumers are coping with inflation and putting off big-ticket purchases. Nvidia revealed an additional headache this week when it said that new restrictions on exporting to China could hurt sales. The warning triggered a decline in chip stocks Thursday, with Nvidia falling as much as 12%.

Broadcom, which gets about 30% of its chip revenue from China, hasn’t received a notice from the US government and doesn’t expect to, according to Tan.

Broadcom sells a wide range of chips, making the San Jose, California-based company a bellwether for the tech industry.

Its semiconductors provide short-range connectivity for many Apple Inc. devices, including the iPhone. Other products are key to the networking machinery inside giant data centers owned by Amazon.com Inc.’s AWS and Alphabet Inc.’s Google. Cisco Systems Inc. uses those same chips in its products for corporate data centers, and a different range of Broadcom silicon runs many of the world’s set-top boxes.

Broadcom said demand from its large North American customer, its code for Apple, was solid and that it expects an increase in the current period when that company debuts a new range of models. The chip supplier said it expects unit volumes to be about the same as they were when the previous model was introduced.

Broadcom also has branched out into enterprise software by acquiring security and mainframe capabilities. And it’s trying to extend that diversification with a $61 billion purchase of VMWare Inc. in a transaction announced May 26.

The company, like many of its peers, outsources much of its production. The biggest struggle in the past two years has been getting enough supply from those manufacturers. Now those shortages are at risk of turning into an inventory buildup.

Tan has predicted that the chip business will decelerate to historical growth rates of about 5% or less. That would be a major comedown from last year, when sales surged 26%.

Investors have already decided that the latest chip boom has run its course. Broadcom has fallen 26% in 2022 through Thursday’s close, in line with the Philadelphia Stock Exchange Semiconductor Index.