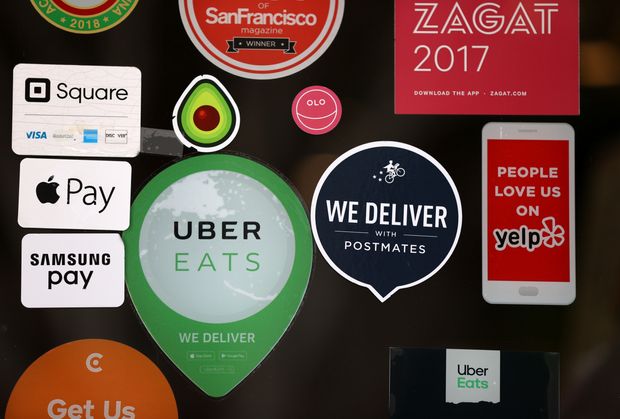 Many ride-hailing drivers in the state have turned to delivery work, so an Uber and Lyft shutdown over worker classification could help reduce the impact on them. Read More...

Uber Technologies Inc. rides may come to a halt in California next week, but Uber Eats — and the many drivers who have switched over to delivering for the service amid shelter-in-place orders — will go on.

Uber UBER, -1.54% says it will shut down ride-hailing Aug. 21 if an injunction granted Monday by a San Francisco Superior Court judge stands. Thursday, Uber and Lyft Inc. LYFT lost their appeals to extend the 10-day stay on the injunction and said they would appeal to a higher court.

The lawsuit, brought by California, San Francisco, Los Angeles and San Diego against Uber and Lyft would force the companies to classify their drivers as employees instead of independent contractors to comply with a new California law. But the lawsuit only applies to ride-hailing drivers, not delivery workers.

Uber’s Eats business has seen a surge in demand during the coronavirus pandemic, while demand for rides has tanked along with travel and in-person conferences and business meetings. For the first time, Eats brought in more revenue ($1.21 billion) than rides ($790 million) in the second quarter.

As California remains under a statewide shelter-in-place order, a rebound in ride demand that Uber and Lyft are seeing in other states is slow to come in the state, the companies said recently during their earnings calls. As a result, many drivers have switched to deliveries during a time when some people won’t or can’t pick up their own food or groceries.

“Rides have dried up and driving is safer with food boxes than passengers,” said Nicole Moore, a Los Angeles-based driver organizer for Rideshare Drivers United.

Mostafa Maklad, who has been driving for Uber in San Francisco for almost six years and is an organizer with Gig Workers Rising, recently turned to delivery. He is delivering for Uber Eats anyway while the company is fighting a law meant to secure rights and benefits for drivers like him.

“Just like any employer when they see workers organizing for their rights and what they deserve, (Uber) threatens to fire everyone,” Maklad said. “They have always said they care about their drivers and the workers but their policies and practices have proved the opposite, and we can see that clearly in the ballot initiative.”

Uber, Lyft, DoorDash, Instacart and Postmates put millions of dollars into Proposition 22, which California residents will vote on in November. The initiative seeks to exempt gig companies — whose businesses depend on workers they want to keep from classifying as employees — from Assembly Bill 5, which became law in California this year after a bruising fight that began in 2018, when the California Supreme Court decided in the Dynamex case to adopt a simpler standard for when a worker can be considered an independent contractor.

Prop. 22 offers concessions, such as an equivalent to a minimum wage, to drivers without giving them full employee protections. And Uber this week renewed its call for a portable benefits plan that all gig companies should pay into to help workers with health insurance or time-off costs.

“I don’t believe being an independent contractor is perfect,” Uber CEO Dara Khowsrowshahi tweeted Friday. “The status quo is not working. That’s why we’ve put forward detailed proposals to give more benefits to drivers while maintaining the independent model they prefer.”

While it appears Uber Eats will be unaffected for now even as California has won a round in the ride-hailing classification fight, the employment status of delivery workers is shaping up to be the next big rumble.

San Francisco District Attorney Chesa Boudin sued DoorDash in June over classification of its delivery workers, and this week he asked for an injunction to force the company to comply with AB 5 immediately, pending the October trial. San Diego won a case against Instacart over the same issue earlier this year, but the company is appealing.

As for the fact that the injunction in California’s case against Uber and Lyft only applies to ride-hailing drivers, Veena Dubal, a UC Hastings law professor who studies the effects of technology on workers and organizing among gig workers, says that although she believes delivery workers are also being misclassified, the “facts of the misclassification are different.”

“It would be hard to litigate both sets of facts at the same time,” Dubal added. “I suspect, however, that the California attorney general will work to enforce the law against the food delivery business models in the coming months.”

When reached Thursday for comment, a spokesman for the state AG’s office said, “We’re pleased with the court’s decision affirming Monday’s order and we’ll continue to do our part to protect the rights of workers in California.”

7-Cent Biscuits Are Too Pricey for Indian Workers