Last year, California experienced five of the six largest fires in the state’s history. The dynamics in the housing market mean that history could repeat itself. Read More... 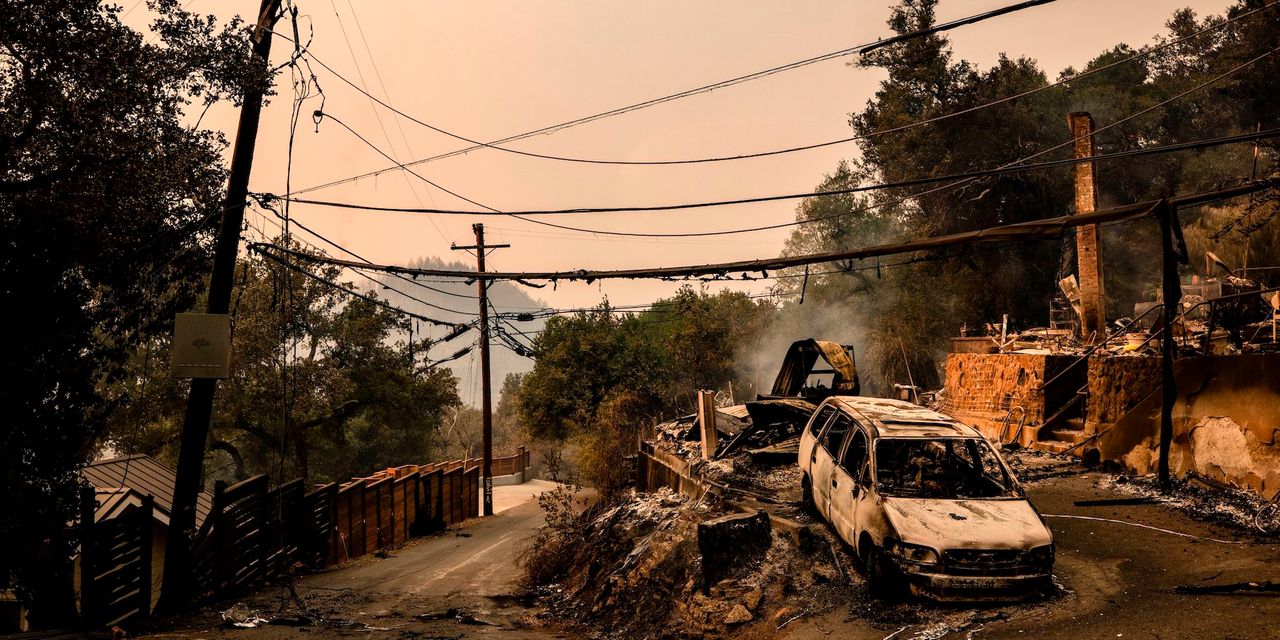 Massive wildfires have blazed a path of destruction up and down the state of California in recent years — and 2020 was no exception.

Five of the six largest wildfires in California’s history occurred last year, including the largest on record, the Complex Fire, which now ranks as the largest. Current estimates of the economic toll of the 2020 wildfires suggest they may have cost the state $10 billion, but that number could grow. The 2018 wildfire season reportedly cost the U.S. economy $148.5 billion, equivalent to 0.7% of the country’s annual GDP.

As communities continue to rebuild, a new report suggests that the risk of wildfires — and enormous economic losses — is growing. And a new report says California’s housing market is largely to blame.

Researchers from the UC Berkeley Center for Community Innovation and the nonprofit think-tank Next 10 examined three communities across the state that were affected by recent wildfires: Santa Rosa, Ventura and Paradise. Their findings show that the state continues to allow development in the so-called “wildland urban interface,” where nature meets human development.

“ The state’s housing shortage is cited as justification for continuing to allow homes and businesses to be built in high-risk areas. ”

By building closer to natural areas that are prone to wildfires, those structures are at serious risk of damage in such a disaster. The state’s housing shortage is cited as justification for continuing to allow homes and businesses to be built in these high-risk areas, the researchers note, in order to meet the outsized demand.

“Following a fire, many municipalities opt to ‘adapt in place’ instead of attempting to move people out of high fire risk areas, pointing to the statewide housing shortage and lack of public support for any sort of climate migration strategy,” the researchers wrote.

In cases where devastation is more widespread, some communities have opted to rebuild as usual while others have struggled to do so. Researchers found that Santa Rosa is rebuilding quickly, while Ventura has seen a majority of homeowners opt against doing so. Paradise, which had residents with lower incomes, has also struggled to rebuild.

“ Over half a million homes may be built in the coming decades on land in California that is especially prone to wildfires. ”

In Santa Rosa, city officials waived regulation to encourage a fast pace of rebuilding, essentially where the homes originally were. In Ventura, on the other hand, the city has limited development in the WUI while encouraging more multifamily construction in other areas to account for the high housing demand in the region.

And matters may get worse. The report notes that over 500,000 homes may be built on this land in the coming decades. Currently, around one in 12 homes in the states are located in an area at high risk of burning in a wildfire, but that number will grow. Rising rates for home insurance in the state could leave households unprotected in the event that tragedy strikes, exacerbating the losses families will incur as a result.

“If we continue with rebuilding as usual, it’s almost inevitable that a major insurance crisis lies ahead, which makes the report’s recommendation to change course all the more vital,” said Robert Olshansky, one of the report’s lead authors and professor emeritus at the University of Illinois, Urbana-Champaign.

The researchers suggested alternative approaches to “rebuilding as usual,” including a so-called “managed retreat” where wildfire survivors are given incentives to move to lower-risk areas or the development of “resilience nodes” where rebuilding in vulnerable areas is combined with wildfire mitigation. They found these two approaches reduced the fire risk and cost to households, while also limiting the emission of greenhouse gases.

Why Costco Deserves a Place in Your Portfolio

Amazon's First Possible Wearable Wants to Know How You Feel

NerdWallet: Is it still worth it to stay loyal to that hotel or airline?