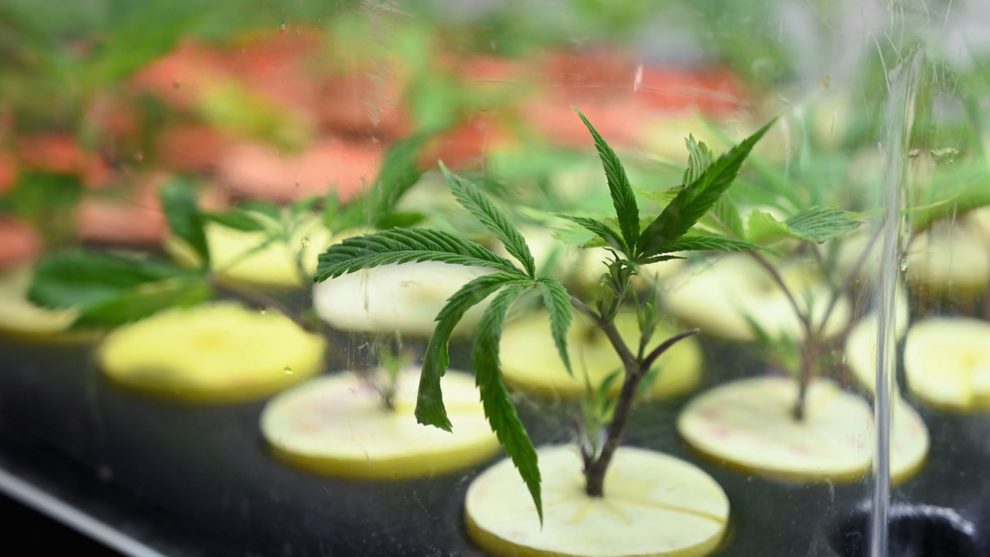 Weed companies in Canada have consistently over-promised and under-delivered for investors at earnings time, a big reason previously fattened valuations have been on a severe diet. The next major test for the tortured set of names begins Monday. Read More... 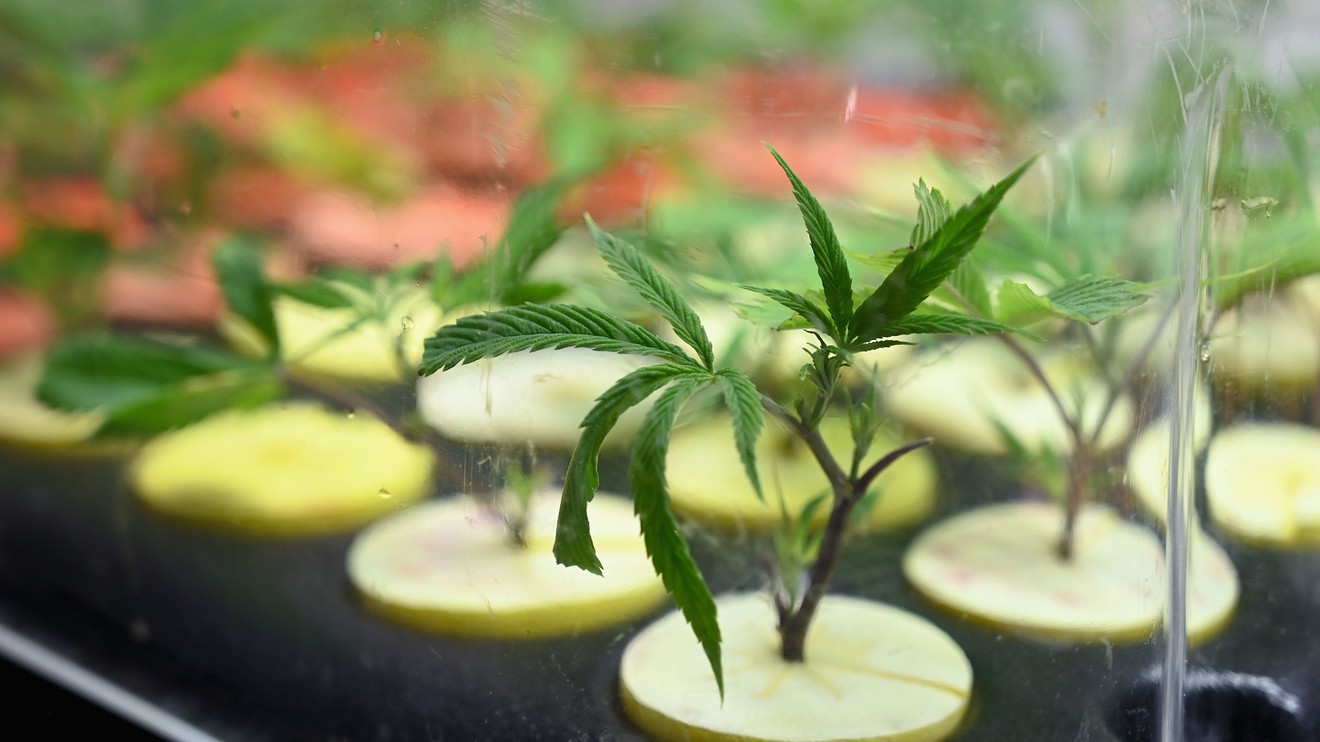 Cruelty, thy name is earnings — for weed companies, anyway.

Cannabis companies in Canada have consistently over-promised and under-delivered for investors at earnings time, failing to achieve promised profitability, failing to hit guidance offered only weeks before earnings results, and struggling to sell enough product in Canada or elsewhere to justify their fattened valuations.

That is a big reason that those valuations have been on a severe diet: Since recreational marijuana was legalized in Canada last year, the ETFMG Alternative Harvest ETF MJ, -2.49%  has dropped 43%, Horizons Marijuana Life Sciences Index ETF HMMJ, -3.15%  has been sliced in half, and the Cannabis ETF THCX, -3.16%  , which made its debut in July, has fallen 37%. The benchmark S&P 500 index SPX, -0.20%  has gained 23% during the year.

Earnings Watch: Walmart, weed and a couple of crucial tech earnings are coming your way

The next major test for the tortured set of companies begins Monday, with the largest names in the sector reporting earnings just days ahead of deadline required by regulators. Publicly traded businesses must report within 45 days of the end of the previous quarter, which for companies that ended their quarter at the end of September arrives Thursday.

While short sellers are continuing to bet against weed companies, not everyone thinks there is more to lose. Cantor Fitzgerald initiated coverage of the sector this week, calling a bottom to the market. Analyst Pablo Zuanic wrote that valuations are at two-year lows, which makes the largest names in the sector attractive.

Here is what to expect from some of the largest cannabis companies.

According to a report from Cowen analyst Vivien Azer, Cronos CRON, -5.16% CRON, -5.06%  distributes to the smallest number of provinces — it hasn’t yet entered Quebec, Canada’s second-most-populous province, and just recently expanded into Alberta. “While Cronos has announced multiple third-party supply deals to improve its effective capacity, we have yet to see meaningful progression on improved distribution into the provinces,” Azer wrote.

Cronos continues to have a significant advantage compared with its peers in the form of a $1.8 billion investment from Altria Group Inc. MO, +0.00%  . The company elected to use some of that cash to buy Lord Jones, a U.S. CBD brand; prior to the acquisition, Cronos did not have hemp or CBD-related assets in the U.S., unlike some major rivals.

For more: Cronos paid $300 million for a small CBD company, and CEO’s private-equity firm stands to collect $120 million of it

Analysts polled by FactSet are expecting losses of 3 cents a share on revenue of C$13.7 million ($10.4 million). Cronos is set to announce earnings Tuesday before the opening bell and will have a conference call at 8:30 a.m. Eastern time.

Tilray TLRY, -6.40%  faces analyst expectations for a tough quarter. MKM Partners analyst Bill Kirk wrote in a note to clients that he is expecting high inventory levels at the retail and cultivator segments of the market will pressure shipments and pricing from Tilray.

For more: One year on, Canada’s legal cannabis market is down but not out

Kirk wrote in a note to clients that forward expectations for Tilray still remain too high and are based on the expectation that profitability is likely to improve. Profitability isn’t going to improve, Kirk writes, because cannabis prices would have to hold — they are declining as more supply becomes available — brands would have to expand into new markets, and export markets would need to demand Canada-grown cannabis.

Analysts polled by FactSet expect losses of 30 cents a share on sales of $49 million. Tilray is expected to release earnings after the closing bell Tuesday, and will host a conference call at 5 p.m. Eastern time.

Aurora ACB, -4.99% ACB, -4.97%  disappointed investors the last time earnings were reported, and the numbers are expected to get worse this time around.

As a result of the increased amount of weed available, sales of recreational cannabis are expected to decline by roughly 7% compared with the prior quarter, according to Azer. Azer wrote in a note that Aurora has said that its wholesale business — which delivered C$20 million in the fiscal fourth quarter — is unlikely to produce revenue for the fiscal first quarter.

The company originally targeted profitability on an “adjusted earnings before interest taxes depreciation and amortization” basis by the fourth quarter, but failed to come through.

“We forecast ACB’s loss to expand in 1Q20, driven by lower operating leverage from the reduction in revenue from the wholesale segment,” Azer wrote. The analyst added that she expected medical weed sales in Canada and abroad to be flat.

Analysts expect losses of 5 cents a share on sales of C$89.7 million, according to FactSet. Aurora is expected to release results after the market closes Thursday, and a conference call with analysts is set for 6 p.m. Eastern.

The world’s largest cannabis company by market value avoided tumult during the quarter more than it has in the past, and recently announced a product lineup for changing regulations that will allow sales of edibles, drinks and vapes in Canada. Azer notes that Canopy CGC, -5.41% WEED, -5.19%  sales have mostly been flat since recreational legalization, and may remain so for a while.

“We would expect another similar quarter, normalizing for the 1Q20 oil adjustment, although we believe that the company is setting up for more robust growth in the December Q (3Q20), mostly reflecting the impact from newly added new stores,” Azer wrote.

See also: Drake is trying to trademark Canada’s pot warning label, and may be in for a fight

Azer also said that Canopy may pick up more medical patients from CannTrust Holdings Inc. CTST, +0.00% , which has halted all weed sales after revelations surfaced that it had been growing weed in unlicensed rooms.

One new wrinkle to watch for: Canopy executives have said the company will move to reporting under U.S. generally accepted accounting principals, or GAAP, like Tilray. Currently, like most Canadian companies, Canopy reports the international financial reporting standards, or IFRS.

Wall Street expects second-quarter losses of 41 cents a share on sales of C$101.5 million, according to FactSet. Canopy is set to release financial results before the market opens Thursday, and will host a conference call at 8:30 a.m. Eastern. Acreage Holdings Inc. ACRGF, -4.48%  , which Canopy has purchased the right to buy in the future upon changes to marijuana’s legal status in the U.S., is set to report Tuesday after the market closes. Its conference call is scheduled for 8:30 a.m. Eastern on Wednesday.

Canopy Rivers Inc. RIV, -5.00% , which was spun out of Canopy Growth because of changes in how Canadian exchanges viewed companies holding U.S. cannabis assets, is scheduled to report its results before the market opens Thursday, with a conference call at 10 a.m. Eastern.

• Sundial Growers Inc. SNDL, +2.11%  reports earnings Wednesday after the closing bell. The call is at 5 p.m. Eastern. MarketWatch has previously reported the company had to return a half-ton of bad weed.

• Terra Tech Corp. TRTC, -2.87%  is expected to report earnings after the closing bell Tuesday and has scheduled a call for 4:30 p.m. Eastern.

• Charlotte’s Web Holdings Inc. CWEB, -3.93% CWBHF, -3.97%  is scheduled to release earnings before the opening bell Wednesday and has a call at 8 a.m. Eastern.

• Green Organic Dutchman Holdings Inc. TGOD, +0.00% TGODF, -0.96%  is expected to report results after the closing bell Thursday and has a conference call scheduled for Friday at 9 a.m. Eastern.

Budweiser maker to buy Kona Brewing and more craft beers for a discount
Cannabis earnings: How much worse can it get for underperforming weed companies?
Comment

: Amazon Prime Day is here — 5 items NOT to buy

Beyond Meat revenue tripled, but shares fall as losses return