Tilray is embarking on a push to educate more German doctors about the benefits of prescribing medical cannabis, as the weed giant seeks to cement its dominance in the highly-profitable European medical market. Read More... 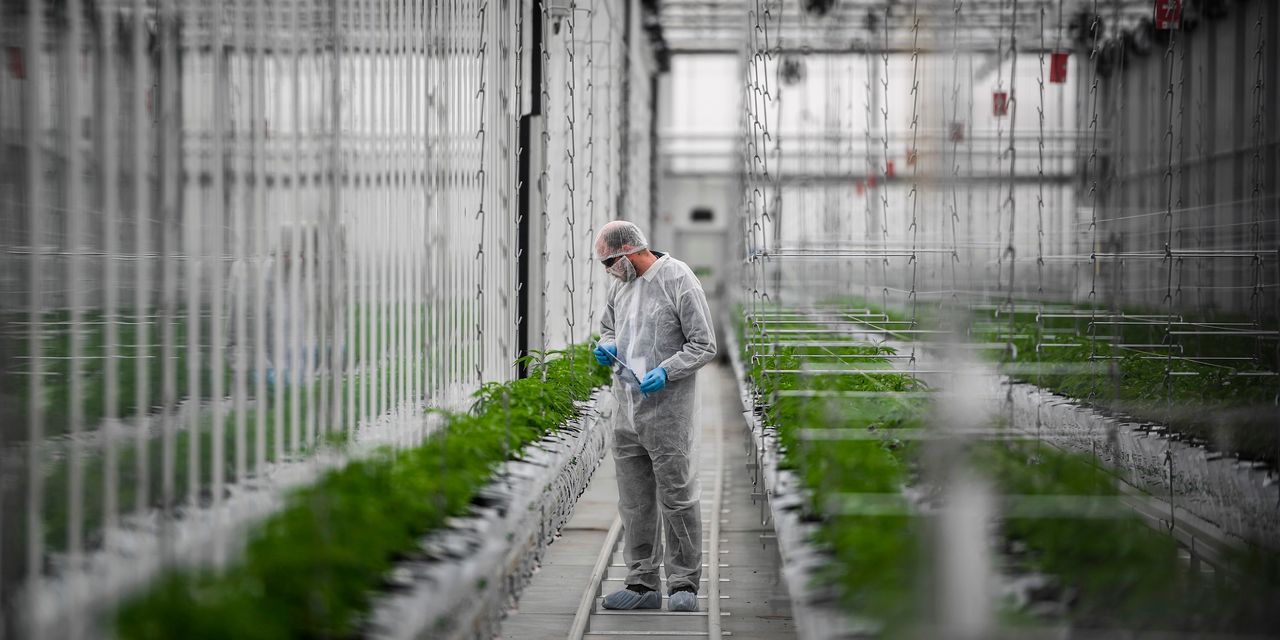 Tilray is embarking on a push to educate more German doctors about the benefits of prescribing medical cannabis, as the weed giant seeks to cement its dominance in the highly-profitable European medical market.

The push comes as Canada’s Tilray TLRY, -4.26%, which was absorbed by rival Aphria earlier this year in a reverse merger, on Wednesday marked a key milestone in completing the first medical cannabis harvest in Germany, Europe’s largest economy.

The medical weed is bound for pharmacies, and represents the first domestic drug of its kind to be distributed in Germany. The country, which Tilray said has an estimated medical marijuana demand of more than 100,000 patients, legalized the drug for medical use in 2017 but has since relied on importing it.

Also read: Why this cannabis giant is betting on Europe to build a war chest ahead of the U.S. legalization bonanza

Denise Faltischek, Tilray’s chief strategy officer and head of international, described how the company is embarking on an effort to educate doctors about the benefits of medical cannabis in the key German market.

Pharmaceutical companies—which Tilray is considered, as a producer of medical pot—are not allowed to directly communicate with patients in Germany, but rather rely on a network of representatives to educate doctors about their products.

“What we understand from our insight data is that physicians are very willing to look at medical cannabis as an option,” Faltischek told MarketWatch, noting that in Germany doctors first explore options in traditional medicine before cannabis.

“What they’re asking is … for information,” she said, like how the products are used, how patients can be instructed, and what dosage is.

Tilray, as an established medical and recreational cannabis producer in Canada, has a wealth of knowledge about the drug, including large bases of patient data and clinical trials. The combination with Aphria has only grown the amount of data to draw on, Faltischek added, and sharing this knowledge with doctors in Germany is critical.

Europe is a key market for Tilray, and the company’s presence across nearly a dozen European countries was a strong draw in the merger with Aphria, which had a comparatively stronger balance sheet and Canadian business. Together, they are the most dominant cannabis player in Europe.

Cannabis companies are able to sell their products in Europe’s regulated medical market at far higher prices than in legal recreational markets in the U.S. and Canada. This boosts margins while the nascent industry faces barriers to profits, including price pressure from competing companies and a well-entrenched black market.

Cannabis deals in Europe will also help pot giant Tilray build up a war chest ahead of an expected frenzy of mergers and acquisitions in the U.S., Simon told MarketWatch in April, ahead of the group’s merger.

: Boris Johnson rails against calls to let the virus ‘take its course,’ warning the nation is at a ‘critical moment’