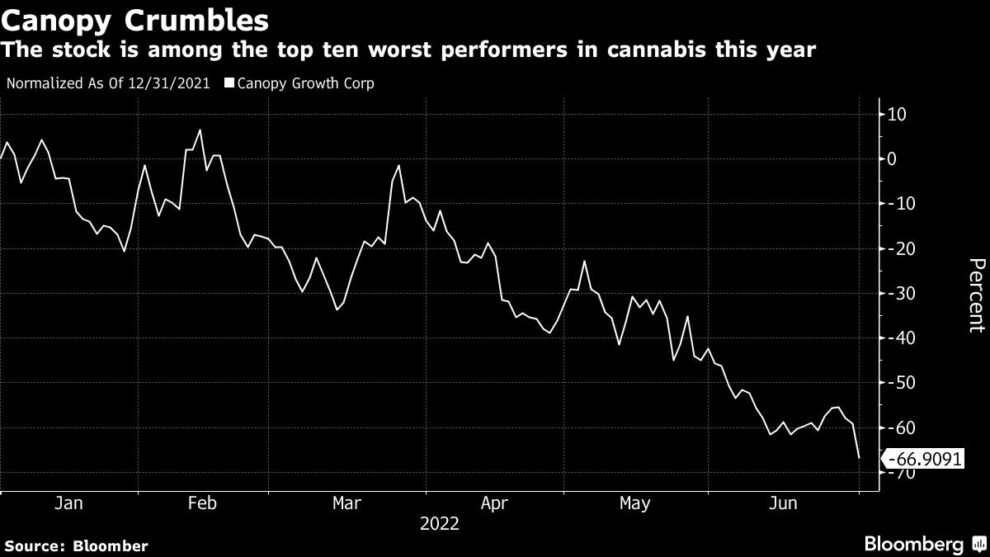 (Bloomberg) -- Canopy Growth Corp. shares plunged the most since February 2021 after the beleaguered Canadian cannabis company penned a deal to exchange debt for a mix of shares and cash.Most Read from BloombergUS Will Face High Gas Prices ‘as Long as It Takes,’ Biden SaysStock Doomsayers Vindicated in Historic First Half: Markets WrapThe Wheels Have Come Off Electric VehiclesDemocrats Weigh Paring Biden Tax Hike to Win Over ManchinSupreme Court Crimps Biden’s Climate Agenda With Limits on EPATh Read More... 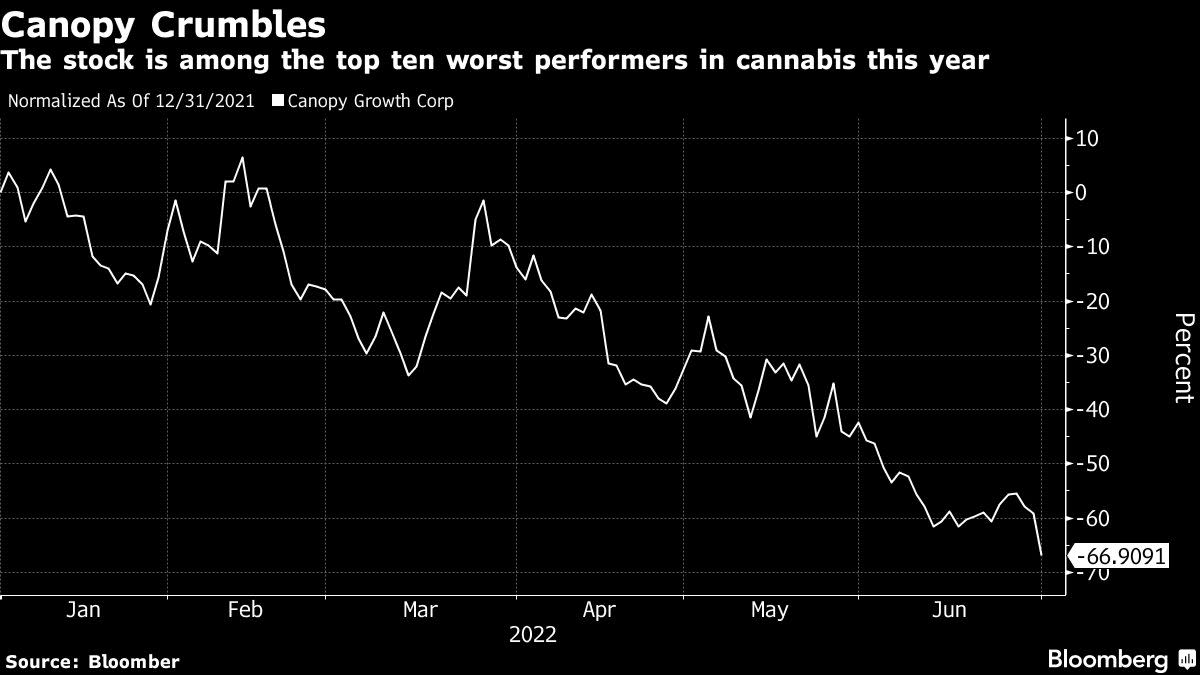 (Bloomberg) — Canopy Growth Corp. shares plunged the most since February 2021 after the beleaguered Canadian cannabis company penned a deal to exchange debt for a mix of shares and cash.

The pot producer tumbled 19% to $2.85, an almost five-year low, after announcing the deal, which also boosts main shareholder Constellation Brands Inc.’s stake. Canopy ranks among the biggest losers in the cannabis sector this year as the industry falters under the glacial pace of US legalization.

Canopy agreed to swap C$255.4 million ($198 million) of debt for shares and C$3 million in cash for accrued and unpaid interest. Through the deal, Constellation will acquire from 21.9 million to 30.7 million Canopy stock at a value of about $2.50 to $3.50 each. The US alcohol producer currently has a 36% stake in the cannabis producer, according to data compiled by Bloomberg.

The agreement “reinforces the weight of its cash-burn rate as it continues to right-size its business model,” Bloomberg Intelligence analyst Kenneth Shea said. “The step will increase Constellation’s stake to above 40% and closer to majority control.”

The move comes as analyst slash their price targets on the stock and investors abandon the sector, with Canopy struggling to hold onto its share in the home market. The stock has tumbled 67% this year, making it one of the top 10 worst performers in the ETFMG Alternative Harvest ETF — also known by the ticker MJ — which has dropped 48%.

Canopy’s average price target on its US listing has been gutted by about 60% this year, dropping to $4.85 from $12. Analysts at Canaccord Genuity, CIBC Capital Markets, Piper Sandler and MKM Partners made further cuts this week, citing Canopy’s slowing revenue growth as competition in the sector rises and pressure on the company to manage its debt. On Monday, Fitch Ratings downgraded its rating to ‘CCC’ from ‘B-’ on the company’s “significant” market share losses and “weak operating results with an uncertain path to profitability and reduced liquidity.”

“The risk of continued pressure on equity valuation remains elevated as the company utilizes its cash coffers to fund sizable operating losses” and “the potential for sizable dilution in order to reduce its overall debt load as part of its turnaround initiatives,” Canaccord Genuity analyst Matt Bottomley said in a note to clients.