President Joe Biden and his wife, Jill Biden, had an adjusted gross income of $607,336 in 2020, and an effective tax rate of 25.9%, according to returns released by the White House on Monday. Read More... 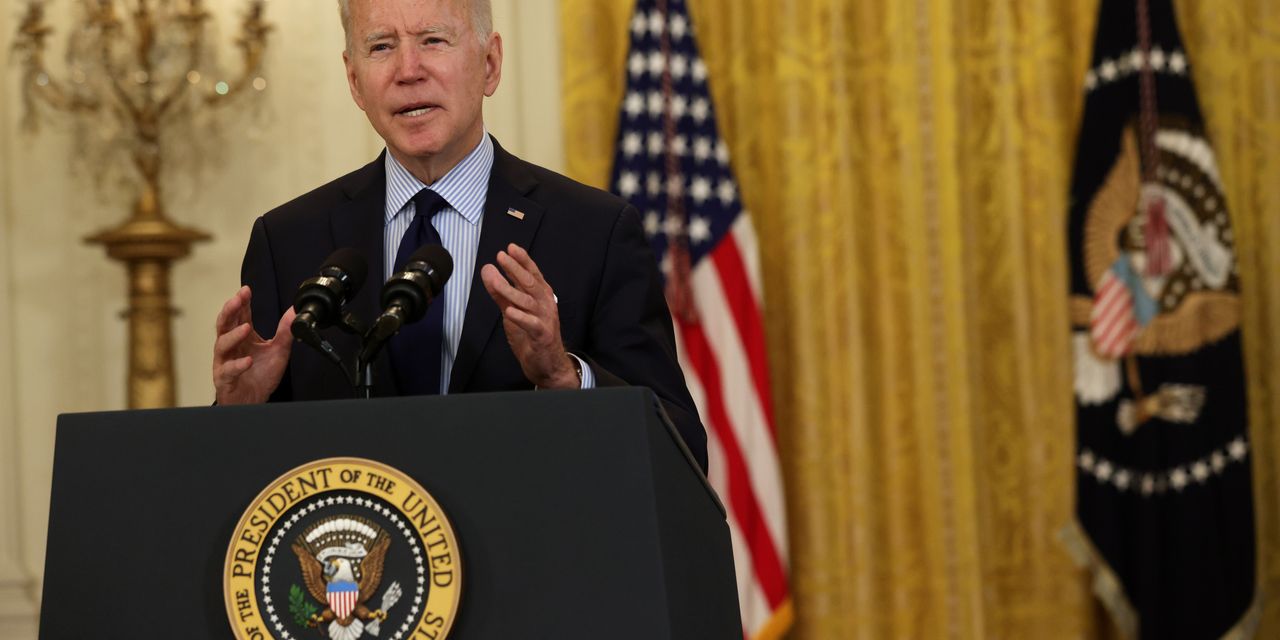 President Joe Biden and his wife, Jill Biden, had an adjusted gross income of $607,336 in 2020, according to tax returns released by the White House on Monday.

That was down from $985,223 in 2019, when they primarily earned money from book sales, speeches and positions at the University of Pennsylvania and Northern Virginia Community College.

The release of the Bidens’ tax returns comes as the president is proposing tax increases on wealthy Americans and corporations to pay for his social-spending and infrastructure packages. The president is, for example, aiming to increase the capital gains tax to 39.6% from 20% for those making more than $1 million a year.

The federal tax filing due date was extended to May 17 from April 15, the IRS announced in March, as taxpayers continue to navigate the coronavirus pandemic.

During the 2020 presidential race, Biden’s campaign said he and his wife made $11 million in 2017 and $4.6 million in 2018, with the income mostly coming from book payments and paid speaking engagements.

This Transportation Stock Has Outperformed Big Tech Over the Past Decade
UPDATE 1-U.S. labor leader calls for human drivers in automated vehicles
Comment

Dispatches from a Pandemic: Blinking in the sunlight: Children make halting return to Spain’s streets after weeks of coronavirus lockdown

Investors should sit on the fence amid trade war uncertainty, asset manager warns