President Joe Biden on Thursday is taking part in efforts to achieve a bipartisan deal on infrastructure spending, as he is slated to host a White House meeting with senators who have crafted a framework for an agreement. Read More... 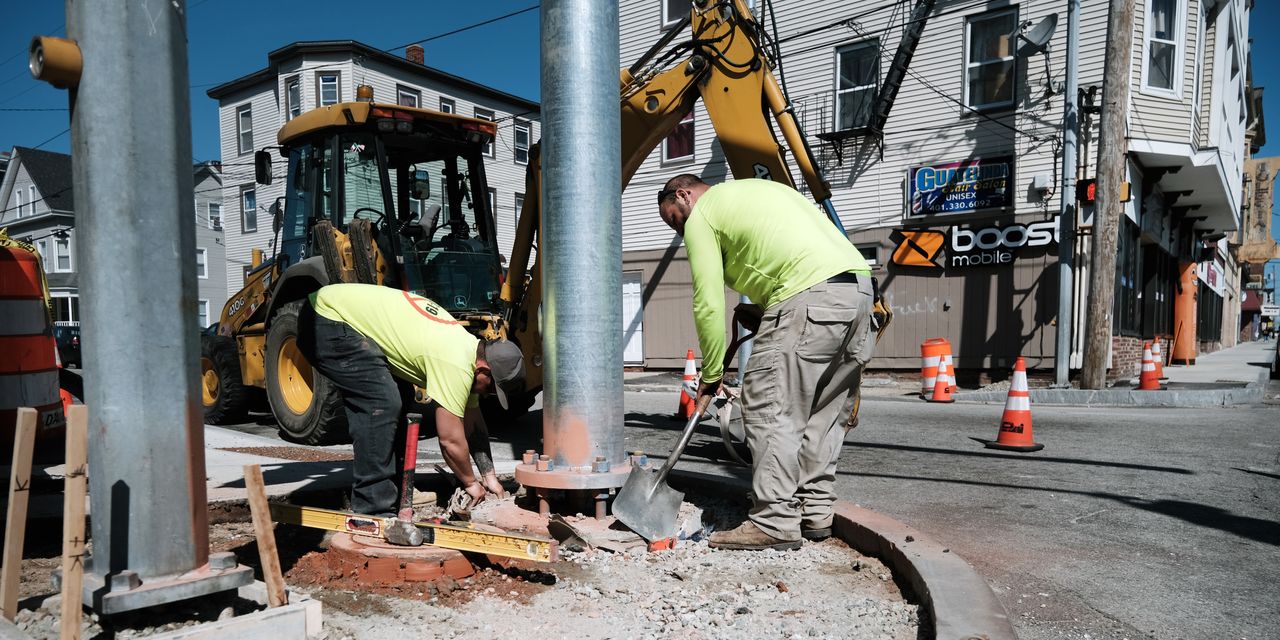 President Joe Biden on Thursday was taking part in efforts to achieve a bipartisan deal on infrastructure spending, as he was slated to host a White House meeting with senators who have crafted a framework for an agreement.

Biden and Vice President Kamala Harris were due to meet at 11:45 a.m. Eastern Thursday with a bipartisan group of senators on infrastructure PAVE, +0.29% negotiations, according to the White House.

Members of the group said late Wednesday that they had agreed to a framework for a package, after recent talks had focused on how to fund the package, which has been expected to feature $579 billion in new spending and an overall price tag of nearly $1 trillion over five years.

Momentum has been growing for a two-step approach to infrastructure spending. With that approach, the bipartisan plan first would draw the 60 votes in the Senate that are needed to bypass the filibuster. Then, Democrats would go it alone to pass a bigger spending package by a simple majority vote through a process known as budget reconciliation.

“Today members of the bipartisan group will meet with President Biden at the White House to iron out a few wrinkles and presumably seal the deal with a photo op,” said Benjamin Salisbury, director of research at Height Capital Markets, in a note Thursday.

“Resistance from Congressional progressives is the next major obstacle to overcome,” he added. “The White House will woo progressives to support the bipartisan bill by pointing to a subsequent/parallel budget reconciliation bill including the omitted green incentives from the President’s American Jobs Plan and potentially key elements of the American Families Plan.”

Related: A guide to budget reconciliation, which Democrats could use to push Biden’s agenda

Earlier this week, the White House said Biden was “encouraged” by the ongoing talks on the bipartisan infrastructure plan, which has the support of 21 senators, including 11 Republicans. Among those GOP senators are Maine’s Susan Collins, Ohio’s Rob Portman and Utah’s Mitt Romney, while the group’s Democrats include West Virginia’s Joe Manchin, Arizona’s Kyrsten Sinema and Montana’s Jon Tester.

In the Crowded SVOD Market, Netflix Is Still the Name to Beat

‘This is nuts’ — one strategist explains why he just reduced risk by selling Apple, Microsoft and more