The CEOs of some of America's largest banks will testify before the Senate Banking Committee on Wednesday, and the House Financial Services Committee Thursday, where they are expected to be challenged on a drop in lending over the past year, efforts to increase diversity and fight systemic racism and defend themselves against accusations of "woke capitalism," Read More... 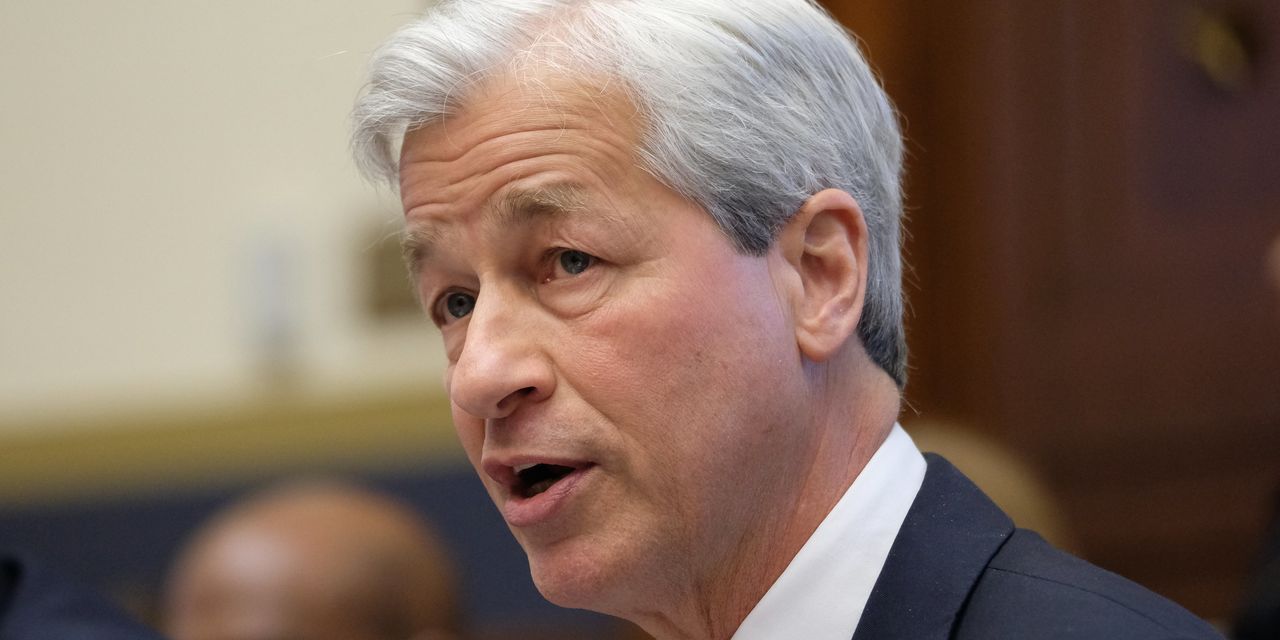 The CEOs of some of America’s largest banks will testify before the Senate Banking Committee on Wednesday, and the House Financial Services Committee Thursday, where they are expected to be challenged on a drop in lending over the past year, efforts to fight systemic racism and defend themselves against accusations of “woke capitalism,” according to statements made by top lawmakers in both parties.

Democrats have said that a decline over the past year in loan issuance to businesses and consumers is concerning, given the ongoing economic recovery in the U.S. and complaints from many small businesses that they do not have sufficient access to lending.

Democratic Sen. Elizabeth Warren of Massachusetts told Bloomberg News Monday that “One of the things I’d like to understand better is how these banks hold themselves out as working in the public interest at the same time that they have millions of dollars for CEO bonuses and not enough for consumer lending.”

Read more: Here’s how JPMorgan’s stock under Jamie Dimon has stacked up against other big banks

According to data from the Federal Reserve, from April 2020 through April of this year, commercial loan issuance from America’s 25 largest banks declined by 12.5%, while consumer loan issuance has declined by 0.8% over the same period, on a seasonally-adjusted basis.

It’s likely that Democrats will seek to understand if the decline in lending has disproportionately affected disadvantaged communities, including those of color. A memorandum on Thursday’s hearing, issued by the Democratic majority on the committee, highlighted the issue of so-called banking deserts, or communities without adequate access to a nearby bank branch. The memo references a Congressional Research Service analysis that shows that of the 6 banks represented this week’s hearings, only Wells Fargo maintains a branch in any the 44 counties in America that have been deeply affected by bank branch closures.

One should also expect bank leadership to be interrogated on racial diversity in their own workforces. The house memo references shareholder proposals submitted by Citi, Bank of America, Wells Fargo and Goldman Sachs that would require conducting racial equity audits, which would increase transparency and public pressure on banks to create greater diversity within leadership ranks.

“However, despite commitments made by these institutions towards breaking down barriers caused by systemic racism and uplifting communities of color, all of the banks asked their shareholders to reject proposals for racial equity audits,” the memo reads.

See also: A state treasurer convinced big banks to commit billions of dollars to tackle racial inequities. This is the result.

Republicans will likely focus on the issue of “woke capitalism,” or what they claim is a trend in corporate america to put progressive social causes, like fighting climate change and encouraging racial justice at the expense of profit making. Last month, former President Donald Trump called on his supporters to boycott JPMorgan, after CEO Jamie Dimon slammed efforts by Republicans at the state level to increase voting restrictions.

Each of the six banks have made commitments to align their lending portfolios to help achieve the Paris climate agreement’s goal for the global economy to achieve net-zero carbon emissions by 2050, which would negatively impact fossil fuel companies of which Republicans are largely supportive.

Sen. Thom Tillis of North Carolina told Bloomberg news Monday that he believes commitments to not fund oil exploration in Alaska while maintaining relationships with clients like oil-and-gas giant Saudi Aramco are hypocritcal. “I just want to know what the risk profile was,” the Republican told Bloomberg of banks declining to fund drilling in the Arctic region generally. “Was it more this increasing woke capitalism?”

As for the bank CEOs, expect them to attempt to highlight the ways that they have supported COVID-19 relief efforts and the ongoing economic recovery, like Paycheck Protection Program loans for small businesses.

“After a hurricane, local governments often hire construction companies to rebuild homes and schools,” wrote Sean Campbell, chief economist at the large-bank lobbying group Financial Services Forum, in a Tuesday blog post. “This rebuilding is necessary to revitalize a battered community and bring it back to life.  In the same way, the government’s pandemic policies have buoyed our economy at a time of great need and large banks have been a constructive and important part of that effort.”

Upgrade: 3 gorgeous spots in Europe where flight prices have plummeted 20% from last year

Uber, 2 years after getting spanked, acts like a grown-up in its IPO

The Margin: Are you a ‘zombie eater’? It could be bad for your health

Should Amazon Or Netflix Try To Acquire AMC In 2021?