As the U.S. government prepares to send out up to $300 a month per child to millions of families beginning July 15, the payments could end up coming for years rather than fading away next year as planned, according to some analysts and advocates. Read More... 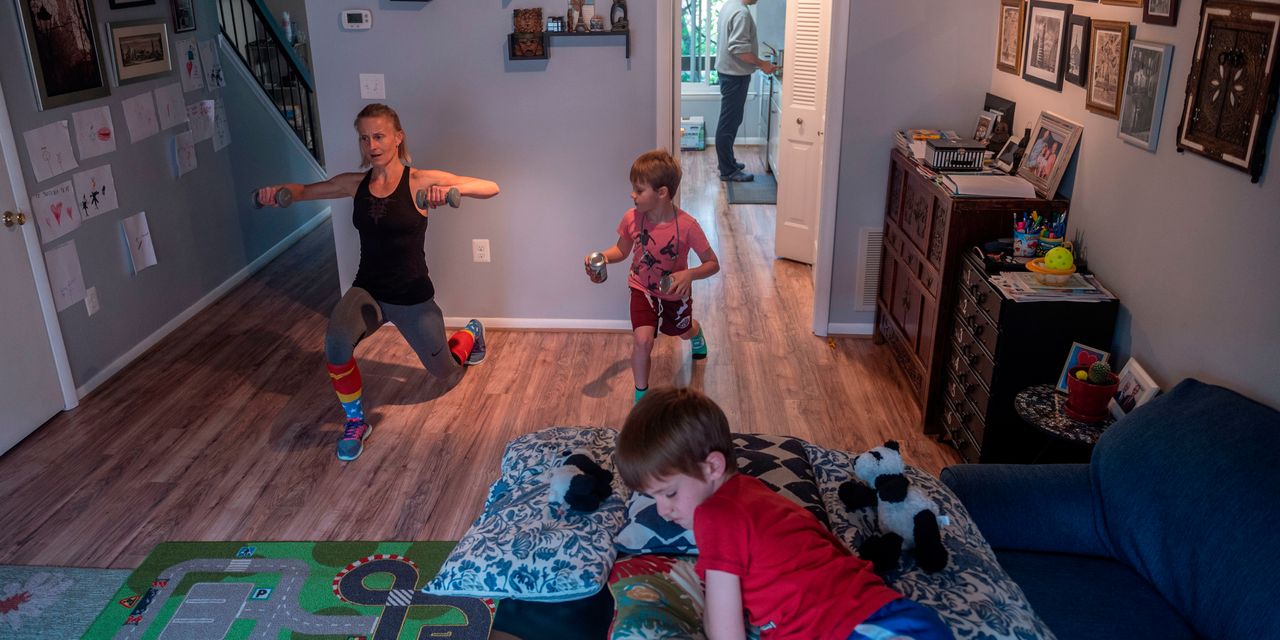 As the U.S. government prepares to send out up to $300 a month per child to millions of families this summer, the payments could end up coming for years rather than fading away next year as planned.

That’s the prediction made by some analysts and advocates, regardless of whether they support or oppose the expanded Child Tax Credit payouts, which are due to start July 15 and stem from March’s $1.9 trillion stimulus law.

“It’s very difficult for me to imagine that this will be going away anytime soon,” said Michael Strain, director of economic policy studies at the conservative-leaning American Enterprise Institute.

Strain said it’s unlikely that lawmakers would reduce the Child Tax Credit after ramping it up this year, and while it’s possible the CTC could go back to getting paid out only once a year at tax time rather than through some monthly installments, he wouldn’t bet on it.

“We’re going to see politicians in both parties grabbing the reins of this, wanting to make it their own and having their own takes on it,” said Greg Nasif, chief spokesman for Humanity Forward, a nonprofit group started by former Democratic presidential candidate Andrew Yang that advocates for universal basic income.

“I don’t think you’re going to see many people wanting to openly run against this,” added Nasif, whose group is no longer affiliated with Yang as he now campaigns to become New York’s mayor.

Full CTC payouts are slated to go to individuals making up to $75,000 and to joint filers making up to $150,000, with the payments phased out above those income levels. The Biden administration has estimated that payments will go to about 39 million U.S. households, representing 88% of American families with kids.

Related: American families will finally get their Child Tax Credit money — here’s when the first payment will arrive

President Joe Biden has proposed extending the expanded CTC through 2025 in his $1.8 trillion American Families Plan, while other Democrats such as House Speaker Nancy Pelosi have called for making it permanent. But it’s not clear that Biden’s families plan will become a reality, given the narrow Democratic majorities in Congress and expectations that Republicans could take back control of the House or Senate in next year’s midterm elections.

However, that doesn’t necessarily mean the end for the expanded CTC, given that prominent Republican lawmakers have proposed somewhat similar programs. The proposals include Utah Sen. Mitt Romney’s call for a $350 monthly benefit for younger children, with $250 for older kids, as well as Missouri Sen. Josh Hawley’s proposed Parent Tax Credit of $6,000 for single parents, with $12,000 for married parents filing a joint tax return.

“This is something we see in American politics all the time — that policies create their own constituencies,” said Christopher Ellis, a professor of political science at Bucknell University in Pennsylvania. “Once the government benefit is established, particularly one that gives cachet to a wide swath of Americans, it’s really difficult to roll those kinds of things back. So even though this is nominally set to expire, I see very few ways that it actually does expire. I think this is going to be a long-term play.”

The expanded CTC also looks like the right kind of spending for politicians, according to an analysis from Ellis and a co-author, Christopher Faricy, a professor of political science at Syracuse University in New York. Their findings are detailed in their new book, “The Other Side of the Coin: Public Opinion toward Social Tax Expenditures.”

“Basically what we find is that Americans support spending done through the tax code — tax expenditures — that they wouldn’t support if it was government sending direct checks to people,” Ellis said. “Economists hate tax expenditures for all sorts of different reasons. They’re inefficient, compliance isn’t great, all that sort of stuff. But if you’re looking for a politically palatable way to spend money on things that you think might help people, doing it through the tax code is probably a good way to do it.”

There have been three rounds of direct checks during the COVID-19 crisis for most Americans, starting with $1,200 stimulus payment in April 2020, $600 checks in December and $1,400 this past March.

Proponents of universal basic income are excited about the CTC payments that start in July, according to Humanity Forward’s Nasif.

“It’s akin to wanting to walk on the moon and launching a rocket into space for the first time,” he said. “You’re not there, but it’s still pretty awesome.”

“This is the largest basic income trial in human history that’s about to kick off,” Nasif added. “It involves 70 million parents. It is the U.S. dollar DXY, -0.34%. It’s monthly, which is ideal — that’s how people budget. And we’re going to collect a wealth of data on on how this improves people’s lives over the next few months.”

And see: The case for paying every American a dividend on the nation’s wealth

Plus: Why universal basic income is a bad idea

AEI’s Strain said this year’s CTC payments can be viewed as “novel” and “transformative” because they’re going to so many Americans, and they look set to deliver “a change in the way that middle-class households think about their relationship with the federal government.”

Yet, Strain said, the new payouts aren’t such a novelty given that each presidential administration since Bill Clinton’s, which oversaw the introduction of the CTC, has expanded the credit. The AEI analyst said: “This, I think, can be understood as very much in keeping with your long-standing bipartisan support for expanding the Child Tax Credit, which every president has done, to one degree or another.”

“The Child Tax Credit isn’t new,” said Faricy, the Syracuse professor and co-author. “What might be new is the motivation driving this in the Biden administration, which is a real understanding about how outdated the social safety net is — and recognizing the dual-earner status as becoming much more common since the post-World War II era, when a lot of the safety net was built.”

The COVID-19 crisis helped bring about the new payouts, according to Lorena Roque, senior policy analyst at the left-leaning Center for American Progress.

“The pandemic exposed the gaps in the economy and child-care infrastructure in the U.S. Costs are out of reach for too many families,” she told MarketWatch in an email.

Low-income families on average spend 35% of their monthly income on child care, not including food, diapers, clothing or other necessities, while upper-income families spend 7%, according to Roque.

She also stressed the importance of making sure that all qualified Americans receive the upcoming payments, calling for Internal Revenue Service funding to have “a proper implementation process” and a “coordinated outreach strategy.”

Humanity Forward’s Nasif said his group has been working to ensure parents don’t miss out on the payouts. The organization has aimed to make sure people can access the benefits even if they lack bank accounts or have other issues.

The Biden administration is also working to get the word out, dubbing Monday to be “Child Tax Credit Awareness Day.”

Meanwhile, AEI’s Strain said he supports having a CTC and “aggressive action” to reduce child poverty, but he disagrees with the American Rescue Plan’s expansion of the credit because it helps many households that are middle class or upper middle class.

“There are many, many better uses of government spending than providing a monthly income to households making comfortable, six-figure salaries,” he said. “You could make an argument for allowing households in the bottom third of the income distribution to have the full benefit, and then to phase it out as you get closer to median income.”

This is an updated version of a report that was first published on May 27, 2021.

Google Approves Most Staff Requests to Relocate or Work Remotely

Market Extra: Why the Dow is at risk of the worst week in its 124-year history as coronavirus fear grips Wall Street

Amazon Earnings: What to Watch

Outside the Box: These companies help Amazon and Walmart haul away all the stuff Americans buy online