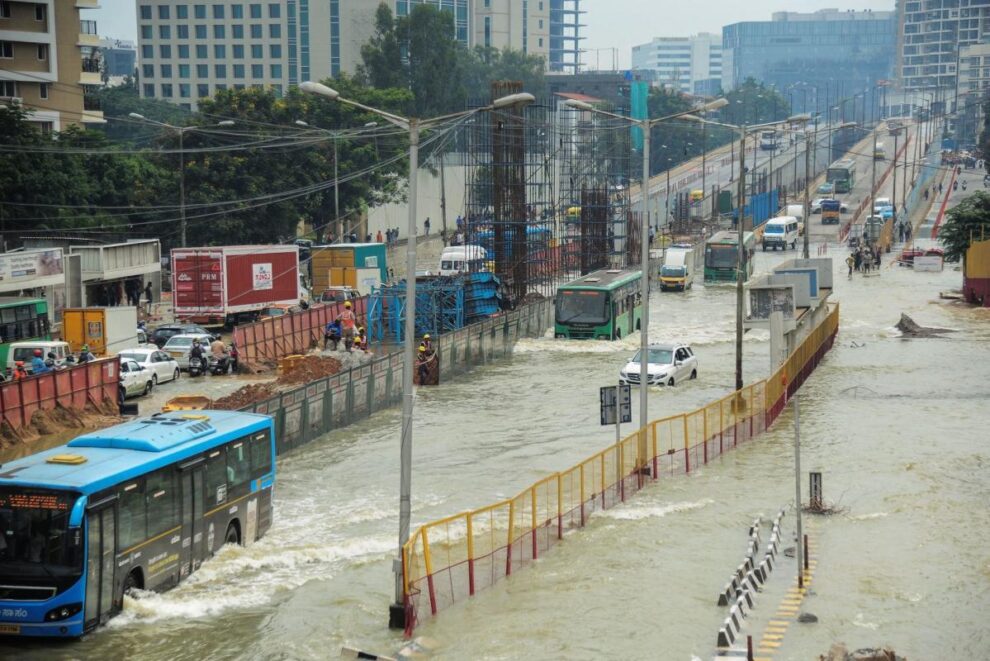 (Bloomberg) -- Weather officials are predicting further bouts of severe weather in Bangalore as torrential rains pounded the city, submerged access to office parks and hit back-office operations that are the nerve center of the global financial and technology industries. Most Read from BloombergRussia Privately Warns of Deep and Prolonged Economic DamageEnergy Trading Stressed by Margin Calls of $1.5 TrillionIndian Billionaire Closes In on Bezos With 1,000% Stock SurgeStocks End Well Off Lows Wi Read More... 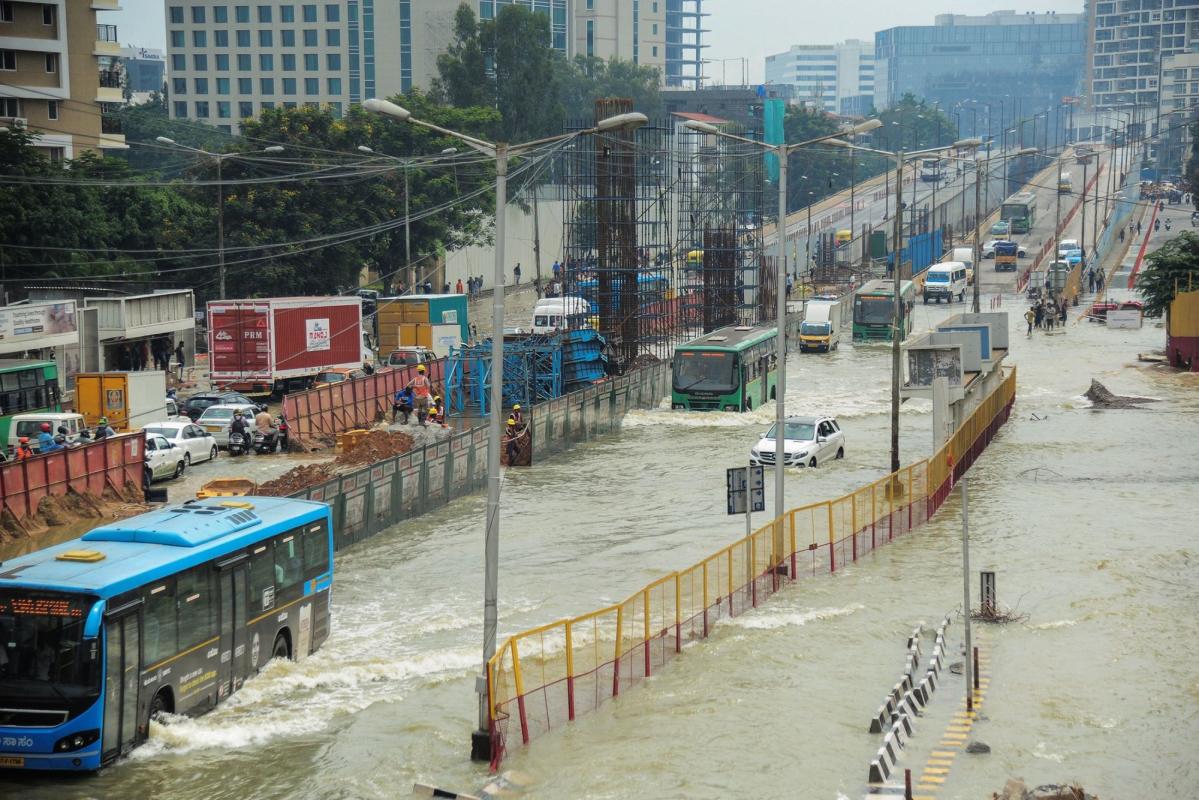 (Bloomberg) — Weather officials are predicting further bouts of severe weather in Bangalore as torrential rains pounded the city, submerged access to office parks and hit back-office operations that are the nerve center of the global financial and technology industries.

A cluster of chrome-and-glass towers on the ORR, as well as office parks nearby have become home to about a million software coders and support workers. They handle such vital operations as risk management, customer support and financial compliance. The companies that employ them had returned to a semblance of workplace normalcy after prolonged Covid-19 restrictions, but have been forced to send workers back to working from home yet again.

The downpour of the past days, described by local media as some of the wettest on record for Bangalore, highlighted the dilapidated public facilities in one of India’s most global cities and irked the global businesses that have made it their base. The city has already reported two deaths due to the rains and India’s Meteorological Department has issued a yellow alert for Bangalore, indicating further bad weather.

Poor infrastructure in the city’s technology corridor is “bringing down the efficiency and productivity of the companies and putting employees’ safety and wellbeing at risk,” members of the Outer Ring Road Companies’ Association, which includes Wall Street banks and global tech behemoths, complained in a strongly-worded letter to the chief minister of Karnataka state, of which Bangalore is capital. Flooding led to a five-hour traffic jam where workers were stuck leading to a loss of about $30 million, the group said in the letter.

Companies had to trigger emergency business continuity plans, allow work from home or pass on critical work to locations outside of Bangalore, causing reputational damage and economic losses, the group said.

The ORR stretch generates about $22 billion in annual revenues, a third of the city’s technology revenues, but “the lack of focus on the development of infrastructure in this corridor is appalling,” said the association whose members also include Wells Fargo & Co, Dell Technologies Inc and Capgemini SE besides a host of Wall Street banks and Silicon Valley corporations.

Bangalore, home to over 10 million people, serves as a base for major outsourcing companies, dozens of prominent startups, and the India ecommerce operations of Amazon and Walmart. It also houses the global technology units of hundreds of companies from consultancy KPMG, software tools maker Adobe Inc and travel software provider Amadeus IT Group. It’s becoming a popular hub for expatriates drawn to its moderate weather and cosmopolitan lifestyle.

Yet, this week, photos of the submerged entrance to the headquarters of one of India’s largest IT services companies, Wipro Ltd, circulated on messaging groups.

“The scale of disruption is unbelievable,” said Pradeep Kar, chairman of Microland Ltd. a technology provider which specializes in managing digital infrastructure such as cloud networks and data centers for clients like Microsoft Corp. and the London borough of Ealing. “Our customers expect us to provide 24×7 uninterrupted services; thankfully we were equipped for work-from-home because of the pandemic and could continue to manage our clients’ infrastructure,” said Kar, a pioneering tech entrepreneur. Microland has three facilities on ORR stretch that house about 5,000 employees.

Weddings and school lessons went back online, citizens complained on social media of miles-long traffic jams because of water-logging, residents of upscale communities were marooned inside their homes, international flights were diverted and drinking water supply and power cut off in several neighborhoods. Local TV channels streamed videos of fire brigades deploying boats to rescue stranded people. The chief executive officer of prominent edtech startup UpGrad said he had to reach his office riding on a tractor as his home faced a power cut.

Many have blamed the events on the rampant and chaotic development in the city where lakes and storm water drains have been filled to make way for glitzy buildings and posh homes. Traffic jams have only worsened in the last decade. But this week’s flooding took the pain to another level for many residents who waded through waist-deep water to get out of their flooded homes. On WhatsApp groups, photos appeared of rescues by delivery people and of stalled vehicles getting pushed through the water by helpful security guards.