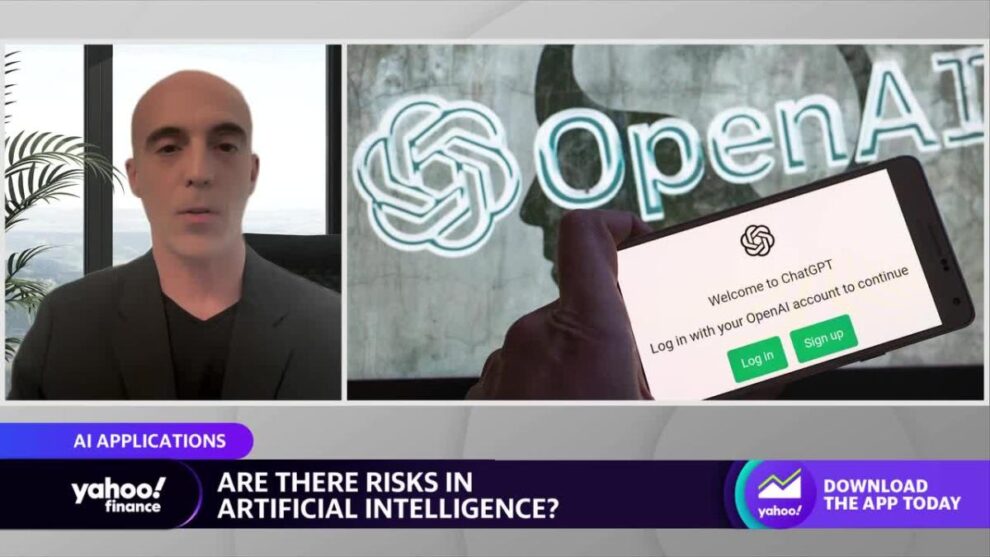 ‘The Hype Machine’ author and MIT Initiative on the Digital Economy Director Sinan Aral speaks with Yahoo Finance Live about the popularity of AI though ChatGPT, the risks that come with AI, and how it could impact Google. Read More... 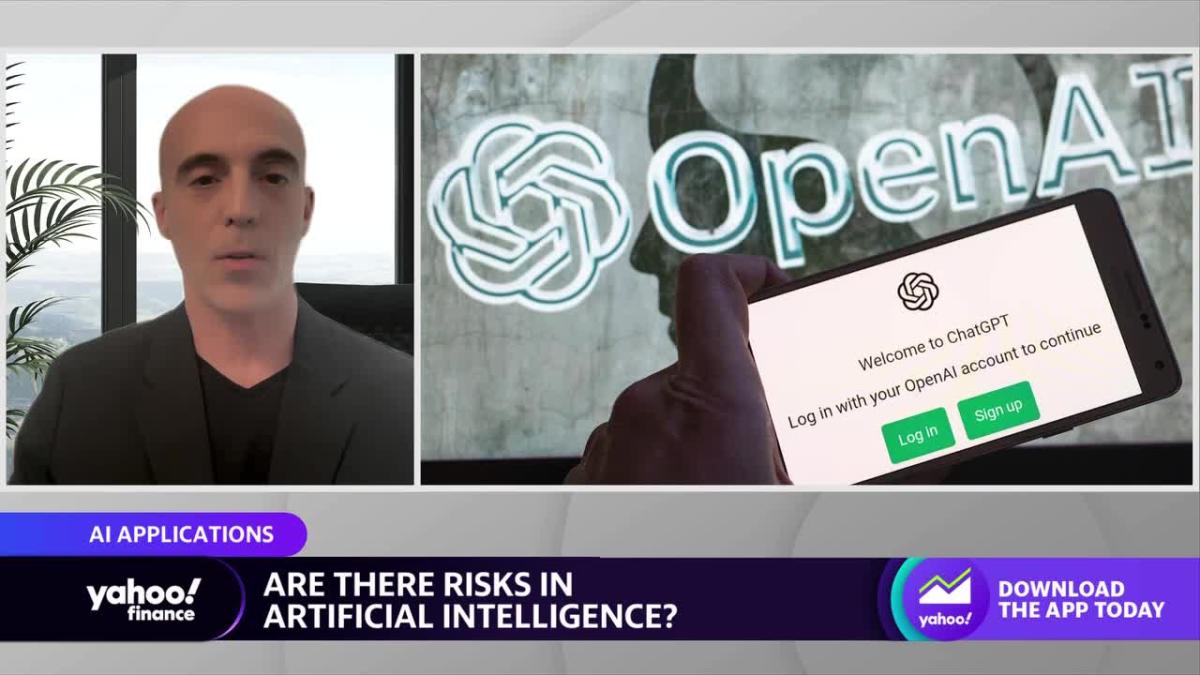 ‘The Hype Machine’ author and MIT Initiative on the Digital Economy Director Sinan Aral speaks with Yahoo Finance Live about the popularity of AI though ChatGPT, the risks that come with AI, and how it could impact Google.

– Shares of Microsoft were down pretty considerably early in the day but now largely flat. And shares of Google down nearly 3%, as we found out the road ahead for big tech looks a bit bumpy after Microsoft’s earnings report. But Microsoft may have the decided advantage right around the next corner, the company betting $10 billion big on OpenAI and specifically ChatGPT. CEO Satya Nadella saying its impact will be, quote, “At the magnitude of the personal computer, the internet, mobile devices, and the cloud.”

Sinan Aral is the director of the MIT Initiative on the Digital Economy and the offer author of “The Hype Machine.” Nice to see you, sir. How considerable do you think that advantage will be for Microsoft?

SINAN ARAL: Well, I think time will tell. But I think it’s an excellent bet, a billion to start, $10 billion to follow on in the investment. And, as we have seen recently, it has Google shook a little bit, calling a code red, calling big names back to the company to talk about it, to think about strategy.

And there’s a good reason for that. ChatGPT is potentially an existential threat to Google’s business because Google relies 60% of its revenue on search. And ChatGPT offers an alternative to search, which is a one-stop-question-answering shop powered by AI. Microsoft has been struggling to compete on search with Bing, although they’ve been doing better over the years. But this could change the game of search entirely, which is core to Google’s business.

– So, Sinan, if you were talking to Google right now, Google is trying to figure out how to get that edge back, considering this massive threat from ChatGPT. What could, what should they do?

SINAN ARAL: I think there has to be a combination of investments in external players as well as internal investments to refocus and streamline their approach to AI. Obviously, Google is no slouch in AI. They have some of the smartest minds in deep learning, machine learning, and statistical modeling. However, their applications of AI have not been competitive with things like ChatGPT.

And if you think about ChatGPT and generation or generative models more broadly, we’re talking about text and images and even computer code that can be generated by machine-learning technologies. And after GPT3, there will be 4, 5. Imagine what GPT10 looks like. You could see it replacing all sorts of functions in tech. And that’s why it’s such an existential threat. Investments externally, investments internally, streamlining and focusing the approach to AI inside Google.

– It’s going to transform just about every industry, including education. ChatGPT passed the US medical licensing exam, the bar exam, and got a B on a Wharton MBA paper. You as an MIT professor, how is it going to transform the entire educational practice?

SINAN ARAL: I think it is extremely disruptive but potentially in a good way in that we have to learn to teach differently. We have to learn to race with machines instead of against them, to use the words of Eric Brynjolfsson and Andrew McAfee. And the New York City Public Schools were trying to ban the use of these types of language models. I don’t think that’s the right approach.

I think what we have to do is we have to change the way we educate. We have to reskill and, based on our education, focus on things that complement artificial intelligence rather than try to compete with it or ban it or slow it down. It’s potentially a way to enhance and augment and scale creativity. But it has to be used in a way that’s complementary with human skills. And that’s going to be the next challenge for the labor force as well.

– Sinan, talk about real quick just the flip side of it because there still is, I mean, there certainly is a lot of fear out there just about what this could do not only to the education system, what it could do for jobs, and the broad implications of this technology.

SINAN ARAL: Well, we’re experiencing one of the greatest upheavals in the labor market that we’ve seen in a long time. You can imagine human history punctuated by several of such transformations– the Agrarian Revolution, the Industrial Revolution, and now the Information Revolution, which is essentially an accelerated exponential change at the current moment, even compared to 20 years ago, with the advent of large language models, scalable machine learning, and AI. That is the story of our time with regard to the economy.

And it will displace jobs. It will create what’s known to economists as skill bias technical change, technical change that favors some skills and complements some skills and substitutes for or competes with other skills. And every time in human history that we have experienced something like this, we’ve had to reskill and change our focus on what humans did and what machines did in order to create complementarities and increase welfare across the board. And that’s what we are challenged with doing today as companies, as policymakers, and as workers.

– Sinan, it was my hope that my kids didn’t really know what ChatGPT was. Boy, was I wrong. They laughed. They said all their friends are using it. I’m not sure how. I’m not sure if they’re cheating.

What would you tell parents? How should we handle this? The fear is our kids are not only cheating, but their inability to form their own opinions is in jeopardy. What should we do?

SINAN ARAL: It’s funny you ask that. I was going to say that they probably knew before you did, as I’m sure that my nine-year-old knew before I did. As the father of a nine-year-old, I do not want to scare him away from this type of technology, although we have strict limits for screen time at our house.

We have to learn how to use complementary technologies like this to aid us, extend our creativity to scale human thought. And I think that starts with young generations. Frequently they’re the innovators. We’re the laggards. Maybe they should show us what we should be doing with it. Certainly cheating should be something that you parent away from at all times from an ethical and moral standpoint and that using technology not to cheat, but to knowingly and transparently address the technological revolution is the right way to go about it, in my mind.

– There’s some great tips there. And, Sinan, my kids are a little bit too young, but I will keep a lot of that advice in mind in the coming years. Sinan Aral, thanks so much.