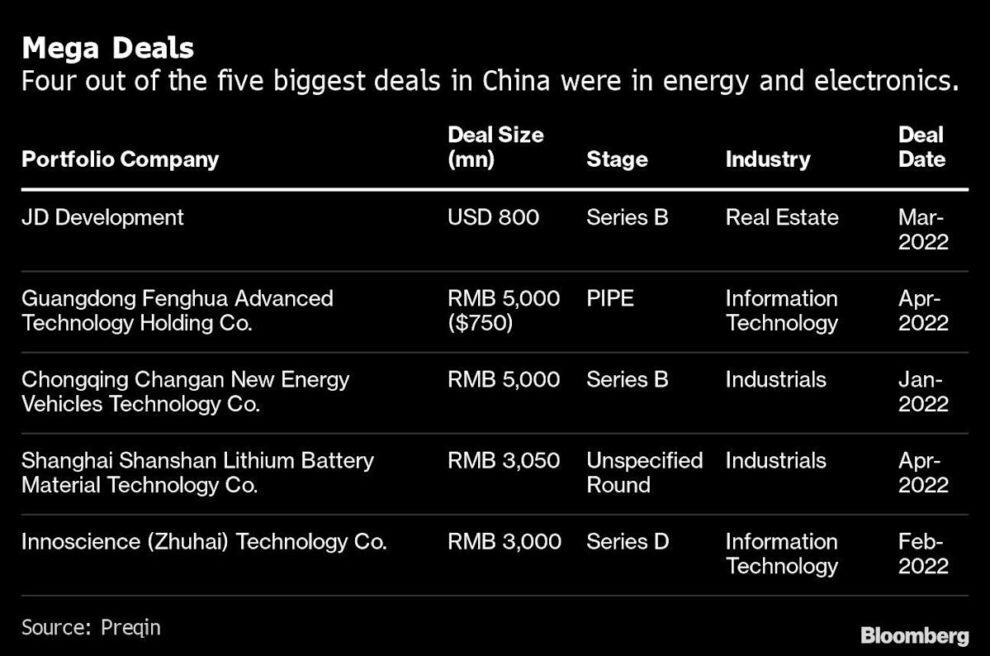 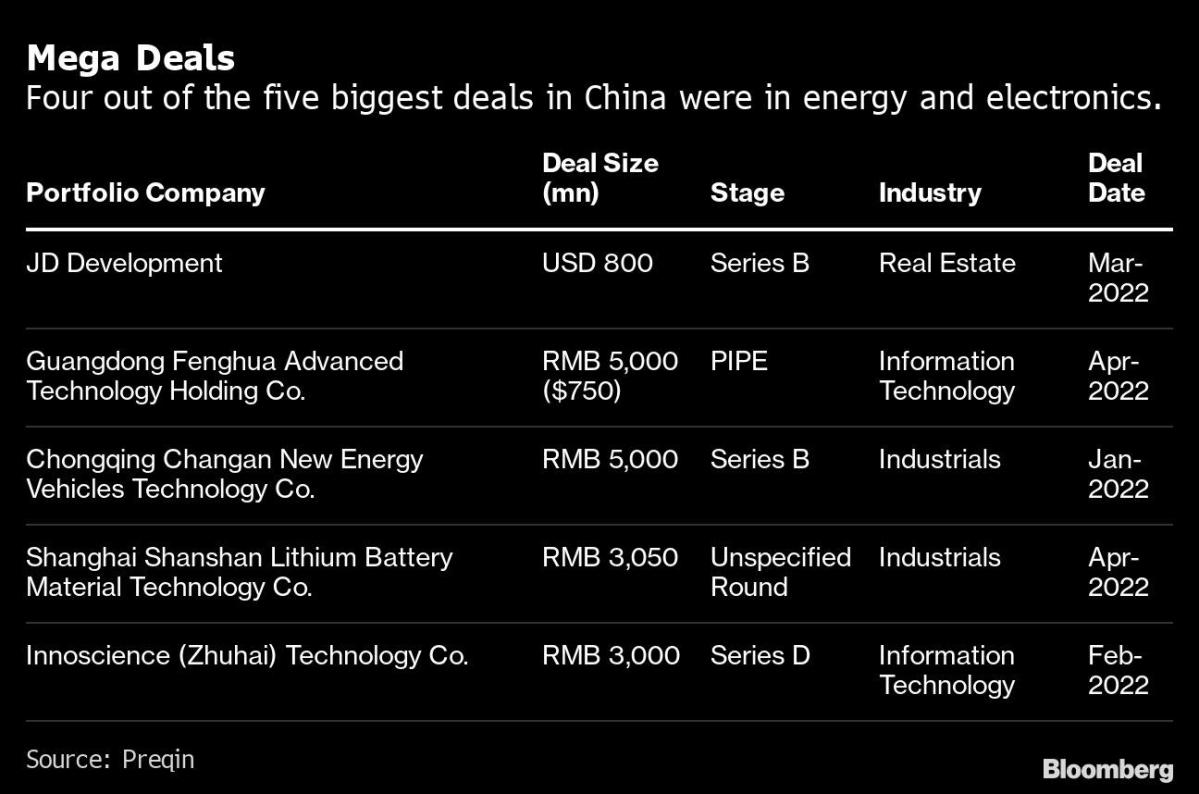 The value of venture deals in the country tumbled 44% to $24.7 billion in the first four months of the year, compared with a year earlier, according to data from the research firm Preqin. That’s almost twice the rate of decline in the US and nearly four times the pace of the global slide.

A rout is sweeping the entire tech industry this year, which some have argued is well-earned and overdue. After more than a decade of surging valuations, the sector has taken a beating, with prominent stocks like Amazon.com Inc. and Tesla Inc. tumbling and venture investors pulling back from high-risk deals.

Silicon Valley venture firm Sequoia Capital warned founders and chief executives last week that the good times are over and they need to prepare for a new era with severely constrained access to capital. “Rates are rising, money is no longer free, and that has massive implications for valuations and fundraising,” it said in a presentation for its portfolio companies.

China’s situation has been aggravated by the Communist Party’s crackdown on tech giants and rigid policies for stamping out Covid-19. Lockdowns in cities like Shanghai have hampered all manner of business, from advertising and investments to the production of Tesla automobiles and Apple Inc. iPhones.

“Last year, because of domestic policy, the financing progress was slowed down, while this year many fundraising deals were completely suspended due to the impact of the plunge of the global capital market and the outbreak of the pandemic,” Duane Kuang Ziping, founding managing partner of Qiming Venture Partners, wrote in an article published this month.

Many startups that were seeking financing have been in a difficult situation for more than a year, wrote Kuang. Qiming has made roughly the same amount of investments from January to April this year as the same period a year ago, though many were follow-on deals with its existing projects.

China hit a record of more than $130 billion in venture deals in 2021 despite the government crackdown, according to Preqin. That was more than 50% higher than the year before.

Beijing went after companies that dominated certain spheres in online commerce and content like Alibaba Group Holding Ltd. and food delivery leader Meituan, and investors bet that smaller players could thrive or escape the worst of the regulatory crackdown. VCs continued to back select players they thought could thrive over the long run as the world’s No. 2 economy moved up the tech ladder.

Indeed, despite the decline in money this year, both deal values and volumes in China from January to April this year have surpassed those during the same period in 2020.

Yi Zheng, partner at Zoo Capital said he is “cautious but still optimistic” about China. There are still lots of opportunities in the country because of its large domestic market and countries around the world are seeking alternatives for localizing supply chains, he said.

“Investors and LPs may not be as desperate as the data showed,” Zheng said. “They are still investing in China but at a different pace and in different ways in the current economic cycle.”

More investments are going into sectors favored by the Communist government, including renewable energy and electric vehicles. Under President Xi Jinping, the Beijing authorities have made a priority of increasing the competitiveness of key industries, including semiconductors and artificial intelligence. The biggest deals so far this year included an $800 million Series B round for a supply chain technology unit of JD.com Inc. driven by Hillhouse Capital and Warburg Pincus, and a 5 billion yuan ($750 million) bet on chipmaker Guangdong Fenghua Advanced Technology Holding Co. from investors including UBS and China Merchants Capital, according to Preqin.

“We see a transition of popular sectors among the investors,” said Helen Lee, an associate of company intelligence at Preqin.

In contrast, China’s consumer tech industry was among those hardest hit by the regulatory shake-ups. The combined value of VC deals in information technology, healthcare and consumer discretionary industries dropped 55% in the first four months of 2022, after a jump of 190% in the previous year. Meanwhile, investment in industrials, energy and utilities as well as raw materials and natural resources are on the rise.

Investors’ attitudes are “mixed” towards China, according to an April report published by Preqin analysts. “Some have hit pause, while others believe that paying attention to China’s long-term strategies and investing in key growth sectors, such as robotics and new energy vehicles, can remain a winning strategy,” the analysts said.