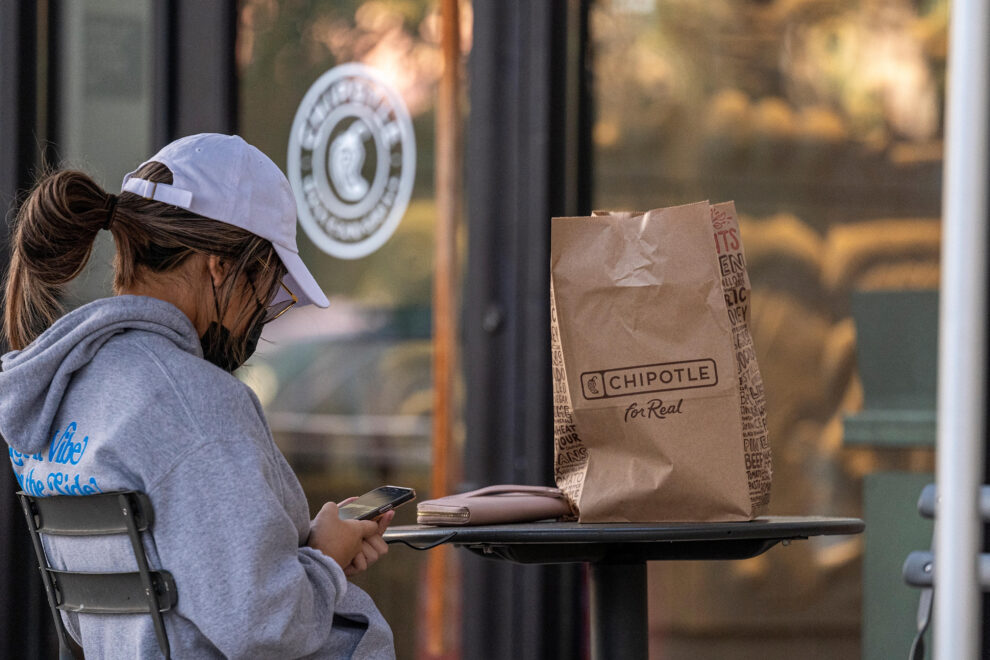 Shares of the company rose about 3% in extended trading.

“Although our restaurant margins remain bumpy due to inflation, we have the ability to be patient while costs are volatile, and the growth in pricing power to recover our margins over time,” CEO Brian Niccol said on the company’s conference call with analysts.

Prices are up about 10% compared with the year-ago period, including a 4% increase at the end of the first quarter, but executives said they have seen “very little resistance” from consumers so far.

Same-store sales, which tracks sales at locations open at least 13 months, climbed 9% in the quarter. Chipotle had warned previously that the omicron variant and winter storms hurt January storms, but the chain topped StreetAccount estimates of 7.9% for its same-store sales growth.

In-person sales jumped by a third compared with the year-ago period, but digital transactions still accounted for 41% of total orders.

Chipotle opened 51 new locations during the quarter, most of which had digital-only drive-thru lanes, or “Chipotlanes.”

The company didn’t provide an outlook for the full year but said it expects same-store sales growth in the second quarter between 10% to 12%, assuming that current trends persist. Wall Street was anticipating that same-store sales next quarter would increase by 9.3%, according to StreetAccount.