The fast-casual chain announced a number of compensation incentives as it searches for new workers, including an increase in average hourly pay to $15. Read More... 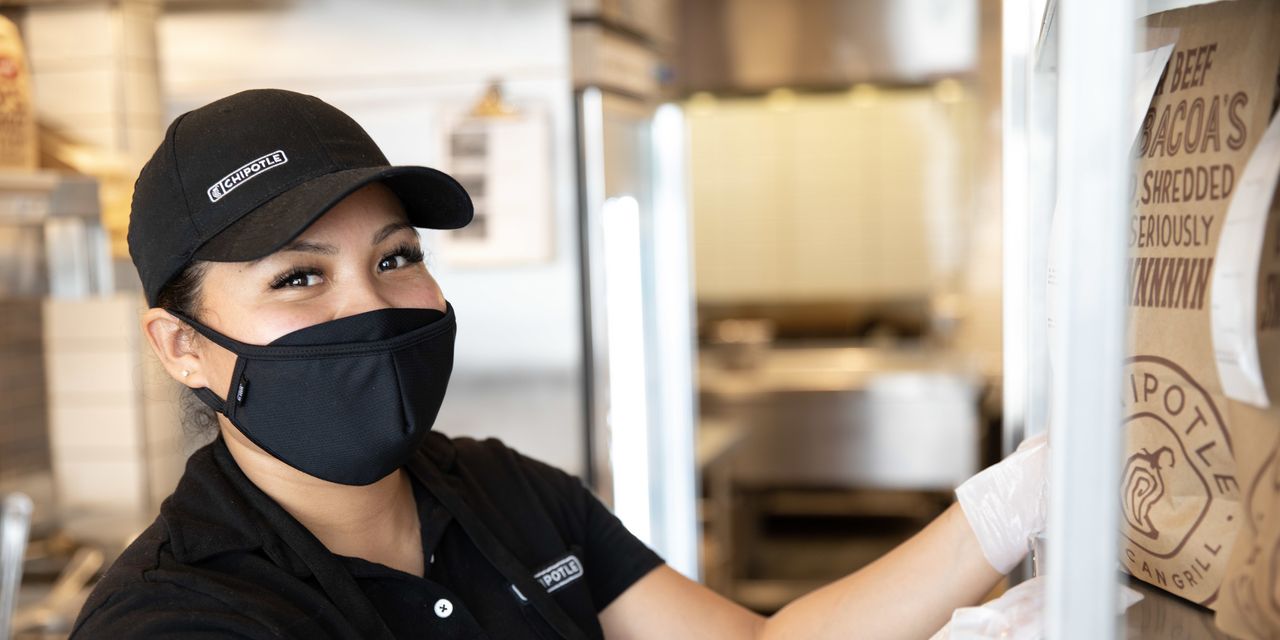 Chipotle Mexican Grill Inc. has announced a wide range of compensation incentives, including a pathway to a six-figure salary, as it seeks to hire 20,000 workers in the U.S.

Chipotle CMG, +0.21% is bumping pay for new and existing hourly and salaried workers, which will drive wages for hourly crew members up to $11 to $18 per hour . The average hourly wage will be $15 per hour by the end of June, the company said.

Chipotle is also promising a career path for interested workers, which will lead them to the “restauranteur” title, the highest general manager position, and an average pay of $100,000 in 3.5 years.

“Chipotle is committed to providing industry-leading benefits and accelerated growth opportunities, and we hope to attract even more talent by showcasing the potential income that can be achieved in a few short years,” said Marissa Andrada, chief diversity, inclusion and people officer at Chipotle, in a statement.

The company has also introduced referral bonuses for workers: $200 employee for crew members and $750 for “apprentices” or general managers.

Also: Some states are cutting unemployment payments to push people back to work — are extra benefits really keeping Americans out of the labor force?

Chipotle joins a number of other consumer companies that will be hosting job fairs in the search for thousands of workers, including Yum Brands Inc.’s YUM, +1.05% KFC chain and the Lowe’s Cos. Inc. LOW, -0.21% home improvement retail chain.

This story was originally published on May 10.

Market Extra: Here’s what a falling U.S. dollar means for the stock market

The Moneyist: ‘My husband’s kids hate me and didn’t come to our wedding, yet he’s leaving them all his money.’ How can I secure my future?

Mark Hulbert: Hulbert: My stock market forecast for June is likely wrong — but watch out for August