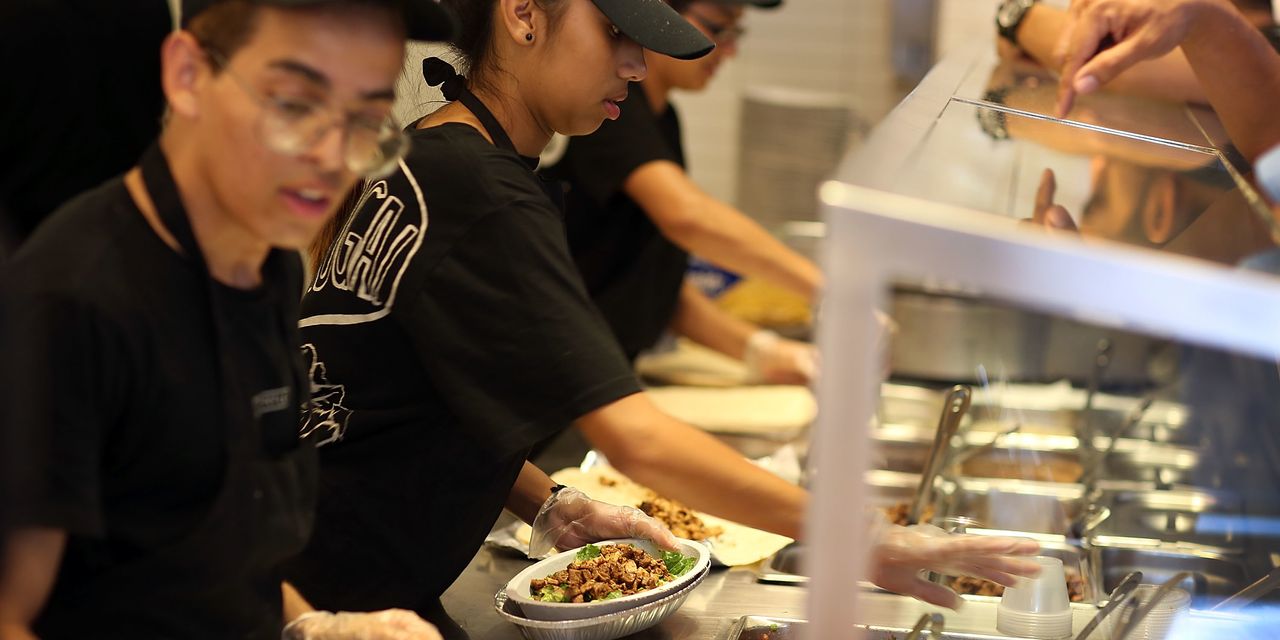 Lunchtime at Chipotle Mexican Grill Inc. is picking up, according to Chief Financial Officer Jack Hartung, a sign that workers are heading back to their offices, and back to their midday meal routines.

“We’re seeing Monday through Friday lunch coming back in a big way,” Hartung told MarketWatch. “As people go back to work, in-store ordering is coming back.”

Chipotle CMG, +1.60% reported earnings that blew past consensus, sending shares soaring 11.5% in Wednesday trading, and to a record close of $1,755.99. Shares rose another 2.2% in Thursday trading.

Digital sales grew 10.5% and accounted for 48.5% of total sales. Even as the fast-casual chain has recovered 70% of in-store sales, Chief Executive Brian Niccol said on the earnings call that the company has held on to 80% of digital sales.

Chipotle raised prices recently to cover the wage hikes that the company put in place to attract and retain talent. Hartung says the move hasn’t resulted in much pushback.

“We’ve been telling people that we’re only going to cover the cost with price increases,” he said. “People knew what we were doing and were like, ‘Right on. I’ll pay an extra 30 cents for someone to make a living wage.’”

Business is expected to stay on its upward trajectory.

Chipotle hasn’t nailed down when brisket will come to the menu, but Hartung expects it will be a limited-time offer.

“Brisket like carne asada and cauliflower rice competes in the kitchen and competes on the grill,” he said.

Chicken and steak are the company’s “bread and butter,” he said, so it’s a challenge to add permanent items to the menu and still meet the demand for existing menu items.

Even with all of the good news, there are concerns.

And: Shake Shack to invest more than $10 million in workers, with some high-level salaries reaching $115,000

The labor market is tight in the U.S. with companies increasing wages and benefits to get the workers they need. Hartung says it’s a “labor environment unlike any I’ve ever seen.”

While there might be costs associated, Chipotle thinks the investment is worth it. By offering candidates a path to professional growth, Hartung says Chipotle has been able to keep the applications flowing and hang on to the employees it already has.

“We need to take away the short-term [idea that workers are] going to leave for a $2 raise,” he said.

Don’t miss: Chipotle says it can offer workers the chance for a six-figure salary in 3.5 years