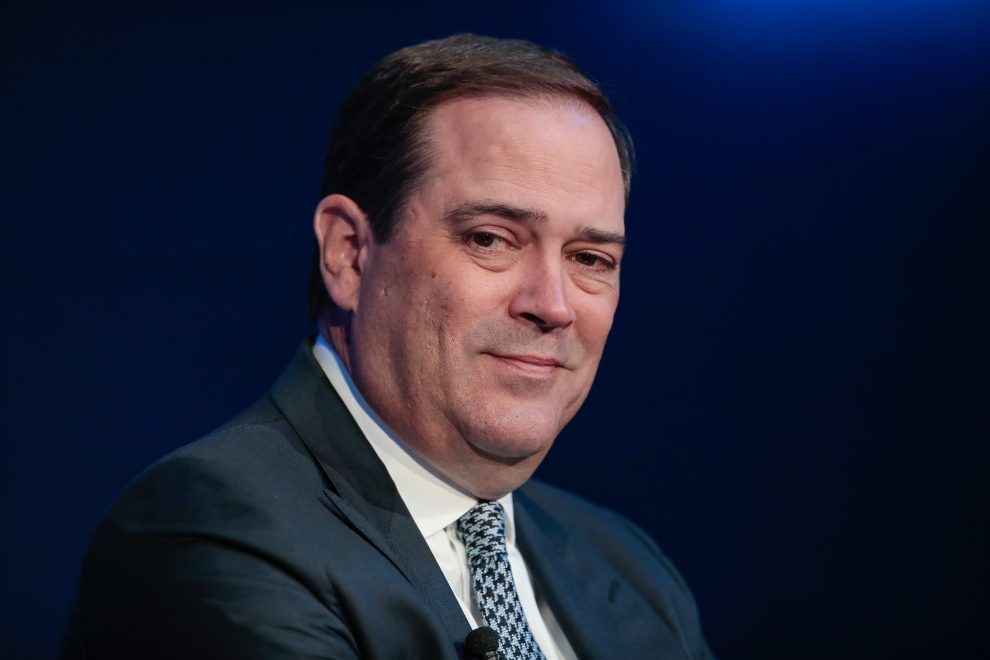 Cisco shares fell about 6% in extended trading on Wednesday after the maker of computer networking equipment provided a disappointing forecast. CEO Chuck Robbins told analysts during a conference call on Wednesday that the company’s chief financial officer, Kelly Kramer, will be retiring.

Here’s how the company did in the fiscal fourth quarter:

Revenue in the quarter declined 9% from a year earlier, according to a statement, the third straight quarterly drop. Earnings per share rose 22% as the company reduced operating expenses by 9%.

While much of the technology sector is seeing growth as the economy moves online and more companies rely on software to run their businesses, Cisco is struggling to keep pace because its business historically has centered around expensive hardware. Big public cloud offerings from Amazon, Microsoft and Google have hurt demand for Cisco’s gear in recent years, and the company’s investments in software haven’t made up for the decline.

Some customers have been accelerating their moves to multi-cloud architectures, Robbins said on the conference call.

“While our results reflect the ongoing challenges in the current environment, we executed well,” he said. “As you would expect, the pandemic has had the most impact on our enterprise and commercial orders, driven by an overall slowdown in spending. We are seeing customers continue to delay their purchasing decisions in certain areas while increasing spend in others until they have greater visibility and clarity on the timing and shape of the global economic recovery.”

The Infrastructure Platforms unit, which includes switches and routers for data centers, delivered $6.63 billion in revenue, down 16% and above the $6.48 billion estimate among analysts surveyed by FactSet. The virus posed a challenge in that business, including for smaller businesses, Kramer said. Cisco saw double-digit revenue growth from web-scale customers operating large data centers for the third quarter in a row, Robbins said.

Cisco’s Applications revenue, including sales of the Webex video-calling software, totaled $1.36 billion, which was down 9% and below the $1.45 billion consensus estimate.

In the quarter, Cisco announced its intent to acquire network monitoring company ThousandEyes for about $1 billion and introduced new solutions for remote work and learning as the coronavirus pandemic continued.

Kramer joined Cisco in 2012 during the tenure of Robbins’ predecessor John Chambers, and she became the company’s finance chief in 2015 after two decades at GE. Kramer will stay on until her replacement has arrived, Robbins said.

As of Wednesday’s close, Cisco shares were flat for the year, while the technology-heavy Nasdaq Composite index was up about 23%.

WATCH: Cisco CEO Chuck Robbins on operating a tech company during a pandemic

2 Perfect Stocks For Low-Risk Investors in 2021

Snap Earnings: What Happened with SNAP