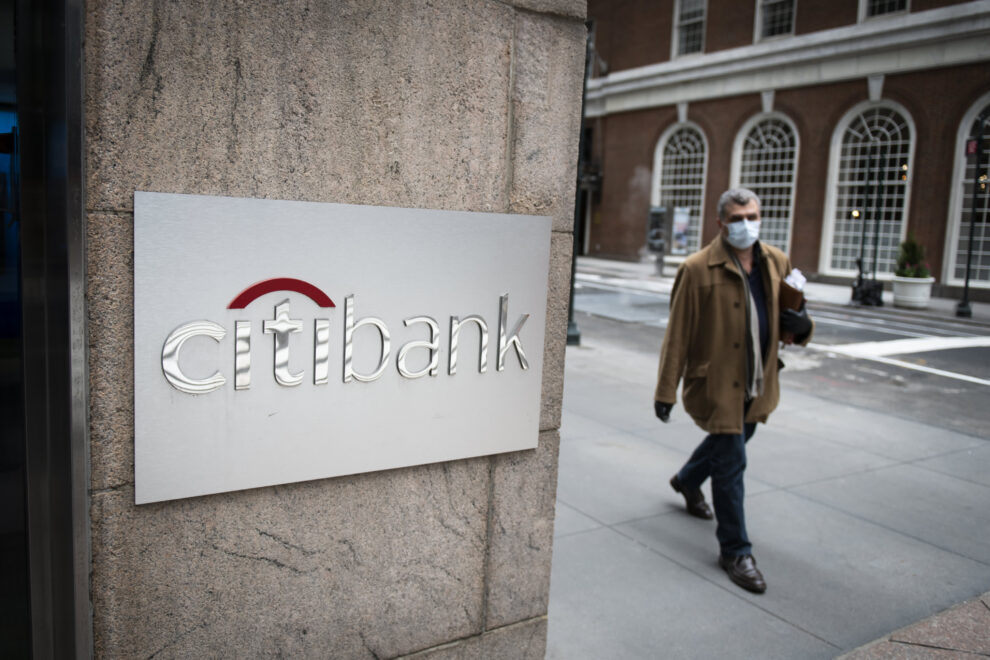 Citigroup shares were under pressure Friday after the banking giant reported a steep profit drop for the fourth quarter. Read more...
List: The Top 50 Dividend Stocks

A pedestrian wearing a protective mask walks past a Citibank branch in New York on Friday, April 10, 2020.

Citigroup shares fell more than 3% on Friday after the banking giant reported a steep profit drop for the fourth quarter.

Here’s how the bank fared in the quarter compared to what analysts expected:

The company’s net income dropped 26% to $3.2 billion. Citigroup cited an increase in expenses for the sharp decline, adding that the results included a “pre-tax impact” of about $1.2 billion related to the sale of its consumer banking businesses in Asia.

Citigroup reported an 18% year-over-year increase in operating expenses to $13.5 billion for the quarter.

The company’s global consumer banking business saw revenue decline by 6% year over year to $6.94 billion. Within the North America region, Citigroup revenue fell by 6% to $4.4 billion as sales from Citi-branded cards and retail services fell. In Asia, revenue dropped by 9%, while Latin America sales declined by 4%. Expenses within the bank’s global banking division also surged by 33% from the year-earlier period.

To be sure, Citigroup’s institutional clients group saw revenue increase by 4% to $9.9 billion. That revenue figure was driven by an 18% jump in investment banking. Citigroup’s fixed income markets revenues, however, dropped by 20% year over year to $2.5 billion.

“We continue to make steady progress on executing our strategy as demonstrated most recently by the signing of an agreement to sell four consumer businesses in Asia,” CEO Jane Fraser said in a release. “We continue to transform our bank with a focus on simplification and building a culture of excellence.”

When Jane Fraser took over for predecessor Michael Corbat a year ago, her mandate was to improve returns at the third-biggest U.S. bank by assets.

To do so, she has opted to exit less profitable parts of the firm’s global empire. Her first major strategic move was to leave 13 retail markets across Asian and Europe; since that April announcement she has disclosed plans to depart South Korea and Mexico.

Subscribe to CNBC PRO for exclusive insights and analysis, and live business day programming from around the world.