Global gold demand in the first quarter of this year dropped from a year ago on the back of a more than 70% year-on-year decline in gold investments, according to a report from the World Gold Council released Thursday. Read More... 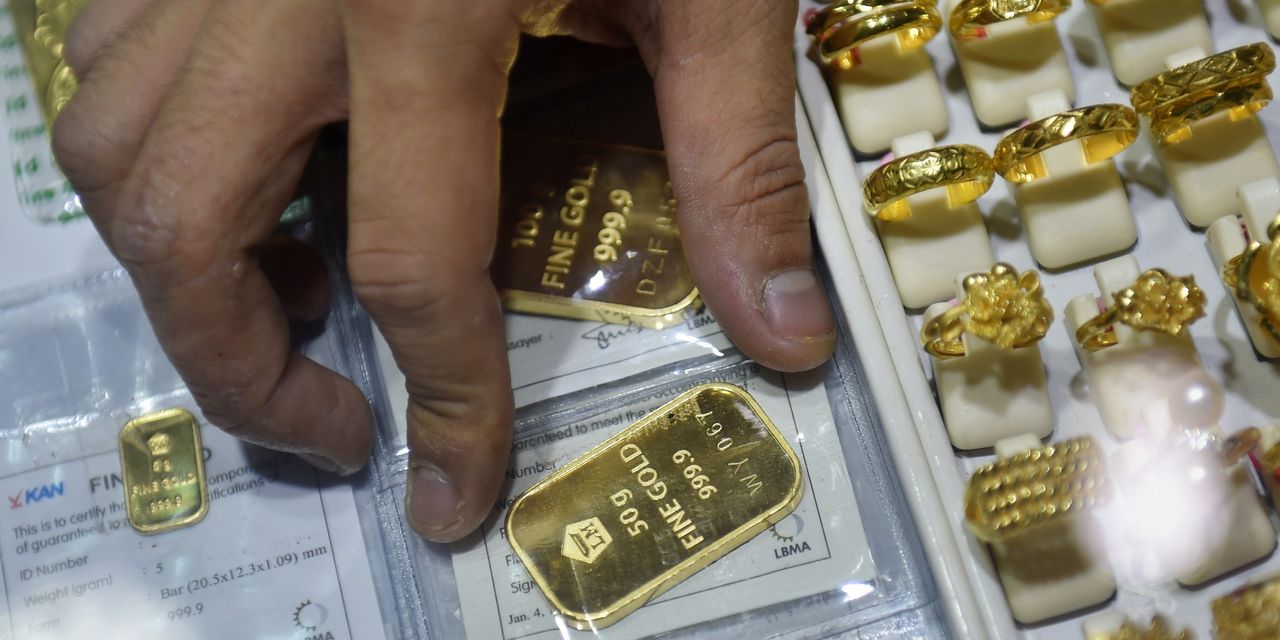 Global gold demand in the first quarter dropped from a year ago on the back of a more than 70% year-on-year decline in gold investments, according to a report from the World Gold Council released Thursday.

The investment segment of gold demand fell by 71% year over year in the first quarter to 161.5 metric tons, as gold-backed exchange-traded funds saw outflows of 177.9 metric tons, compared with inflows of 299.1 metric tons the same time a year ago.

“Bargain-hunting,” however, boosted bar and coin investment by 36% from a year ago to 339.5 metric tons, according to the report.

Prices for the most-active gold futures contract lost about 9.5% in the first quarter. The June gold contract GCM21, +0.57% settled at $1,773.90 an ounce on Comex Wednesday, and is trading more than 6% lower for the year so far.

See: Why gold’s biggest quarterly drop in 4 years doesn’t mark the end of its bull cycle

Demand for gold bars and coins also saw a “strong recovery from last year’s pandemic-stricken Q1,” to stand at the highest since the fourth quarter of 2016, “as investors bought into the price dip,” said Street. “Growing concerns over inflation were also a driver, she added.

The jewelry segment of gold demand, meanwhile, saw a 52% rise in the first quarter, compared with a year earlier, to total 477.4 metric ton, according to the World Gold Council report. “India and China were the main engines of this growth,” Street said.

The gold market also saw overall demand growth in the technology sector for three months ended March 31, up 11% year on year to 81.2 metric tons, with electronics accounting for 13% of that rise, according to the report.

India coronavirus: Facebook temporarily blocks hashtag calling on PM Modi to resign
The Moneyist: I saved $1.1M for retirement, earn $128K and have $22K in cash. Can I afford my dream car — an $80K Nissan GT-R?
Comment

Uber unveils IPO with warning it may never make a profit

Beat the System: This new study calculates the amount of extra food the world produces due to waste and overeating

Need to Know: ‘Betting against the U.S. economy and consumer is a loser’s game’ — why one strategist sees Dow 40,000 on the horizon