A rise in oil prices to $100 a barrel isn’t very likely anytime soon, analysts say, but traders are still placing bets on a price spike tallying as much as 30% by the end of 2022. Read More... 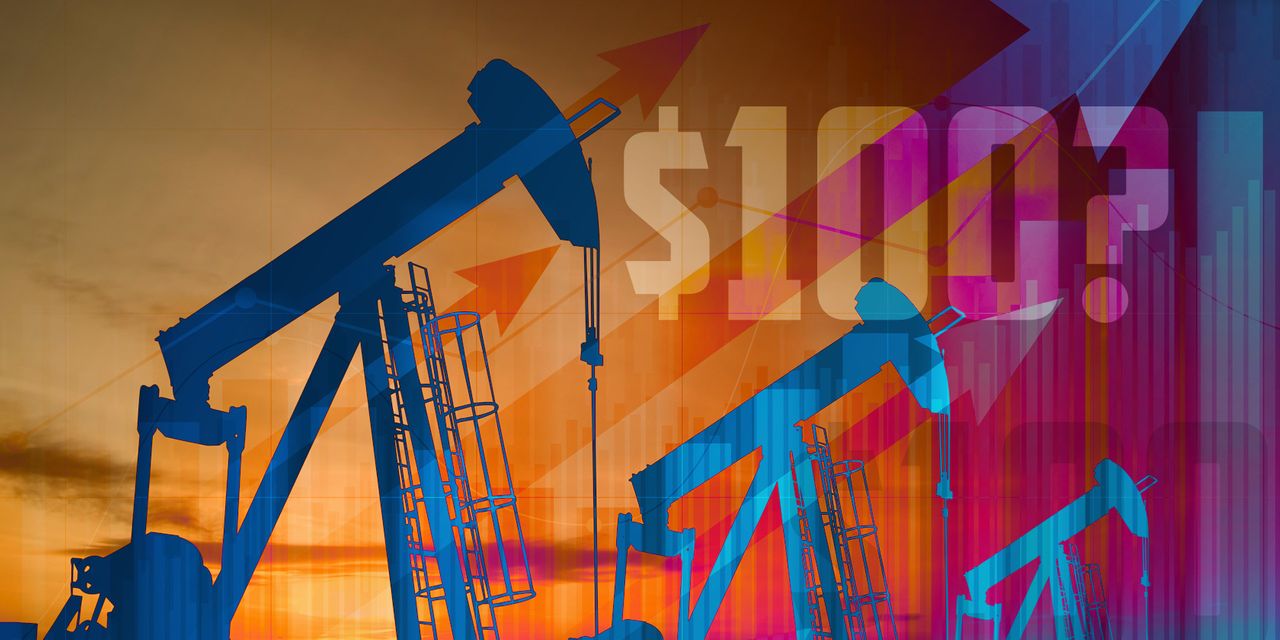 A rise in oil prices to $100 a barrel isn’t likely anytime soon, analysts say, but traders still are placing bets on a price spike that tallies as much as 30% by the end of 2022.

There is a belief that demand will outstrip supply in 2022, with limited production increases among U.S. producers, as well as limited investment in longer-term oil plays, spurring projections for triple-digit prices, says Regina Mayor, global energy leader at KPMG.

The December 2022 West Texas Intermediate contract with a $100 strike price on Nymex has the highest open interest among the WTI call options, according to data from QuikStrike on the CME Group CME, -0.68% website. The call options give the buyer a right, but not the obligation, to buy underlying oil futures at a set price.

“These call contracts aren’t necessarily bets that oil will actually hit $100 a barrel,” but more of a wager on “volatility and a continued increase in price,” says Mayor. WTI, the U.S. benchmark, hasn’t touched $100 since 2014.

Mayor said it’s “highly unlikely” oil will hit that level this year or next. “There is still too much supply and while demand is surging, it is still several million barrels short of pre-pandemic levels.” Most analysts don’t expect a return to 2019 demand levels until 2022, “which could be part of what traders are banking on,” she says.

“ “There is still too much [oil] supply and while demand is surging, it is still several million barrels short of pre-pandemic levels.” ”

The $100-a-barrel calls in WTI and Brent options markets are “lottery tickets, which would require a major demand surge or supply shock—or both—to go into the money,” says Bob Ryan, chief commodity and energy strategist at BCA Research. “In the money” refers to a call option with a strike price that’s less than the market value of the commodity, producing a profit if exercised.

Ryan says the odds of that happening by the end of next year is “low” —at about 15% to 20%—but “not trivial,” and “price spikes along the way” are not out of the question.

Besides, oil wouldn’t need to climb to more than $100 for traders to make a profit. A rally for oil would increase the value of the premium for the call options, allowing buyers of those options to lock in some profit, said Phil Flynn, senior market analyst at The Price Futures Group.

Beyond that, the odds of seeing prices move toward $100 or higher increase as declines in capital expenditures since 2014, the last year the industry saw major capex allocations, leave markets “unprepared” for any demand increase, says Ryan.

By then, markets could be “confronting the same supply constraints last seen in the early 2000s,” when the Organization of the Petroleum Exporting Countries (OPEC) and non-OPEC oil producers cut capex “in the wake of a price collapse that saw imported oil trading just above $10 by the end of the 1990s.”

More likely, oil may reach $100 in a few years, as climate concerns and the rush to transition from fossil fuels” will make oil very expensive, he says. The options markets are “an early sign of what may come, and if those bets are right, it could be sooner rather than later.”

Why Americans are holding off on remodeling their homes (for now)