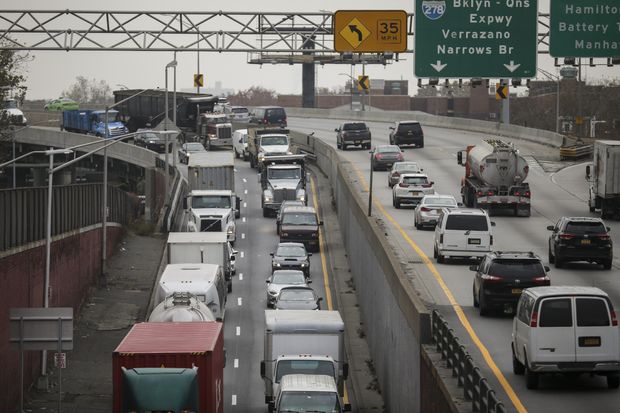 Travel plans understandably have taken a hit from the economic restrictions to stem the spread of COVID-19, but as Thanksgiving approaches, experts estimate as much as a 45% drop in the number of holiday travelers compared to last year, even with Americans expected to pay the lowest gasoline prices for the season since 2016. Read More...

As Thanksgiving approaches, experts estimate as much as a 45% drop in the number of holiday travelers compared to last year, even with Americans expected to pay the lowest gasoline prices for the season since 2016.

Results from a survey conducted by GasBuddy “show continued anxiety from motorists even with the lowest Thanksgiving gas prices in years, highlighting the challenges we’re facing in this pandemic,” said Patrick De Haan, head of petroleum analysis at GasBuddy, as the survey results were released Wednesday. The Thanksgiving travel survey, conducted in late October, received 1,860 responses.

Travel and navigation app GasBuddy found that only 35% of Americans will be traveling between the Nov. 25 and Nov. 29 this year for the holiday, down from 65% last year — representing a drop of 30 percentage points, or about 45%, said De Haan.

That is somewhat surprising given that the national average gasoline price is expected to be $2.17 a gallon for the holiday, which would be the lowest for the travel period since 2016, according to the data. At $2.112 as of Wednesday afternoon, prices were down by over 49 cents from a year ago, GasBuddy data show.

“It’s interesting that even the low prices aren’t inspiring many to change their minds, but of those traveling, 71% did say that the low prices were a factor in their plans,” De Haan told MarketWatch.

Although, Americans also have been focusing on the pandemic’s resurgence heading into the holidays, including new travel restrictions and quarantines for parts of the country designed to limit its spread. The global tally for confirmed cases of the coronavirus that causes COVID-19 climbed to 55.7 million on Wednesday, according to data aggregated by Johns Hopkins University, while the death toll rose above 1.3 million.

For its part, AAA anticipates at least a 10% decline in Thanksgiving travel, based on economic forecasting and research by IHS Markit. That would be the largest one-year decrease since the Great Recession in 2008, according to an AAA press release from Nov. 12.

The motorist and leisure travel group said that it would have expected up to 50 million Americans to travel for Thanksgiving, based on mid-October forecast models — a drop from 55 million in 2019. However, as the holiday approaches and continue to Americans monitor the public health landscape, AAA said it expects the actual number of travelers will be even lower.

Gasoline sales remain below that of a year ago and supplies of the fuel continue build, said Jenny Vander Zanden, chief operating officer at transportation and energy management firm Breakthrough. Grocery sales around 10% above last year’s over the past few months hint at consumers’ preference to cook at home, she says, “which leads us to believe gasoline demand will remain low.”

Total U.S. motor gasoline supplies stood at 228 million barrels for the week ended Nov. 13, about 4% above the five-year average for this time of year and over the past four weeks, motor gasoline product supplied, a proxy for demand, averaged 8.5 million barrels a day, down 9.5% from the same period last year, according to the Energy Information Administration.

“Gasoline demand has continued to struggle as the coronavirus has kept Americans in their homes and keys out of their cars, working and e-learning from home. But with positive outcomes from two vaccine trials, we’re beginning to see optimism return, leading prices to rise slightly just in time for Thanksgiving,” De Haan said.

He points out that gasoline prices have been inching up in recent days, adding that last week marked the first weekly increase in seven weeks. “It comes as oil has rallied nearly 20% in the past few weeks on optimistic vaccine news, and the promise of higher oil demand along with it.”

Of those traveling for Thanksgiving, De Haan expects to see more people use cars as their preferred mode of transportation as it “feels” safer. And when asked what it would take for people to drive more, 55% of survey respondents said a vaccine, 35% said lower gas prices, 32% said fewer state regulations, 16% said going back to the office, and 4% said kids back at school, he said.

“Overall, Americans seem to be sticking closer to home this year. Probably a smart decision to fight a rising number of coronavirus cases,” De Haan said.