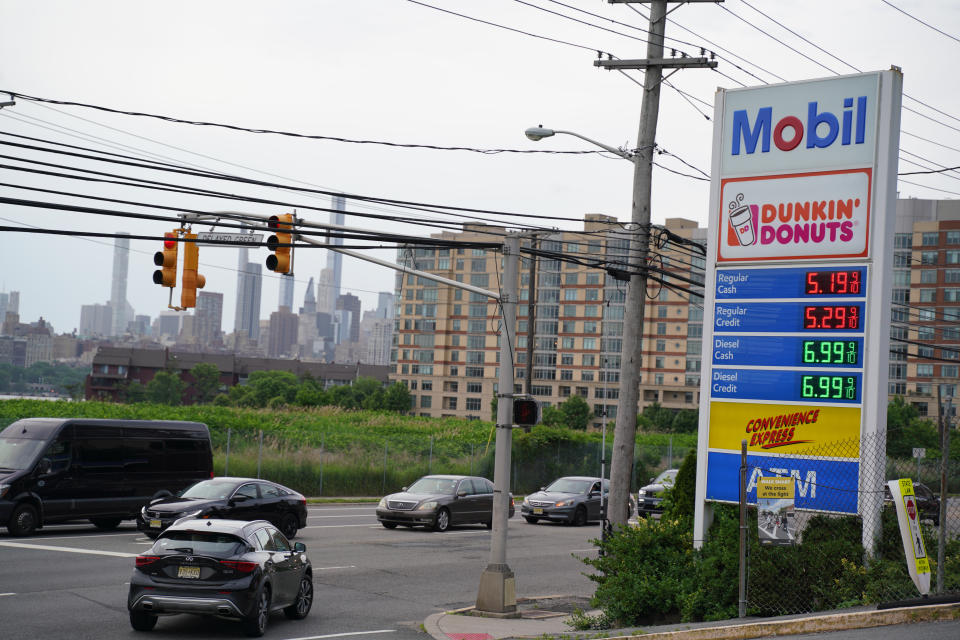 U.S. stocks sank Friday morning as investors digested an update on inflation, which showed price increases unexpectedly accelerated and jumped by the most since 1981. Read More...

Consumer sentiment sank to its worst level on record in early June as the rising cost of food, gas, and other essentials weighed on American consumers.

The University of Michigan’s closely watched Surveys of Consumers consumer sentiment index slumped to 50.2 in the preliminary June survey, marking the lowest level recorded by the survey, which dates back to the mid-’70s.

Friday’s reading marked a drop from May’s already-depressed level of 58.4, and missed estimates for a print of 58.1, according to Bloomberg data. Throughout 2019, the last year before the COVID-19 pandemic sent the economy into recession, the sentiment index had averaged around 96.0.

“Consumer sentiment declined by 14% from May, continuing a downward trend over the last year and reaching its lowest recorded value, comparable to the trough reached in the middle of the 1980 recession,” Joanne Hsu, director of the University of Michigan’s Surveys of Consumers, said in a statement.

Consumers’ assessments of their own personal financial situations deteriorated sharply and contributed heavily to the overall drop in the index, Hsu noted. Nearly half (46%) of consumers attributed these worsening views to inflation, up from 38% who did so in May.

“This share has only been exceeded once since 1981, during the Great Recession,” Hsu said.

The University of Michigan’s report came shortly after the release of the Bureau of Labor Statistics’ latest monthly print on consumer price increases.

The Consumer Price Index (CPI) showed prices soared by 8.6% in May over last year, representing the quickest annual jump since late 1981. Energy, food and, shelter were the biggest contributors to the broad-based gains in the index, with energy prices up 34.6% over last year and gas prices alone up nearly 49%.

“Half of all consumers spontaneously mentioned gas during their interviews, compared with 30% in May and only 13% a year ago,” Hsu said. “Consumers expect gas prices to continue to rise a median of 25 cents over the next year, more than double the May reading and the second highest since 2015.”

Consumers also expected inflation more broadly to remain elevated. The University of Michigan’s data showed consumers anticipate inflation will rise 5.4% over the next year, matching March and April’s readings and marking the highest levels since 1981.