The Centers for Disease Control and Prevention has reclassified the Delta variant of COVID-19 as one "of concern," underscoring how much more prevalent the B.1.617.2 variant first identified in India is becoming in the U.S. Read More... 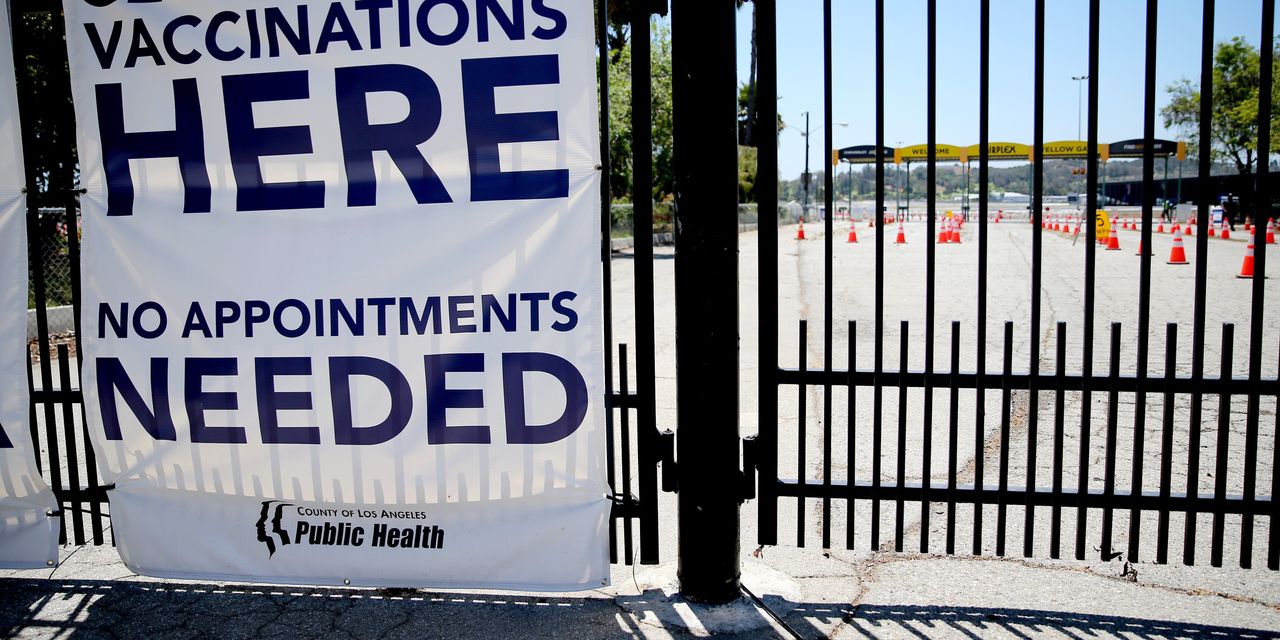 The Centers for Disease Control and Prevention has reclassified the delta variant of COVID-19 as one “of concern,” underscoring how much more prevalent the B.1.617.2 variant first identified in India is becoming in the U.S.

The variant was deemed to be “of interest” previously, a less concerning categorization. Delta joins others to be classified as “of concern,” namely the alpha variant, or B.1.1.7, which first emerged in the U.K., the beta, or B.1.353, which was first detected in South Africa, and the gamma, or P.1, which was first found in Brazil.

The delta variant made up less than 5% of cases in each state, as of May 22, which is the most recent data available on the CDC’s website.

However, Dr. Anthony Fauci, chief medical adviser to President Joe Biden, said earlier this month that the variant seems to be more transmissible than the Alpha variant and may carry a higher risk of getting sicker and ending up in the hospital if someone gets infected.

The delta variant has spread across the U.K., accounting for 90% of new cases in the latest week, and is the main reason Prime Minister Boris Johnson postponed the U.K.’s planned reopening for an extra four weeks earlier this week. The World Health Organization said this week the variant is now in 74 countries, sparking concerns it may become the dominant strain around the world.

Don’t miss: Is it time for Americans to drop their infatuation with the PCR test? That’s what this COVID-19 testing expert thinks.

Health officials are urging those Americans who have not yet been vaccinated to get their shots as soon as possible, stressing that the vaccines that have won emergency-use authorization so far are all highly effective against the variant.

It will likely be an uphill battle persuading unvaccinated Americans to get a jab, according to Civic Science, a real-time data analysis company.

“Over the past couple of months, it’s become increasingly apparent the U.S. probably won’t be able to sustain its current rate of vaccinations much longer,” Civic Science said in its latest research report. “Given the large number of Americans who are reluctant to get inoculated, America’s pool of willing vaccine recipients is rapidly drying up.”

Data gathered in the last month show that 61% of those who are still unvaccinated say they are not at all likely to get a shot. That’s up five percentage points since the last data poll in May. The poll found 14% of unvaccinated people are not sure, unchanged from May. Those reluctant to roll up their sleeves are likeliest to be white women above the age of 35 living in a household earning less than $100,000 a year, the poll found. That group also tend to be politically conservative and live in suburban areas.

On the medical front, Regeneron Inc. REGN, -0.74% said its COVID-19 antibody therapy cut the risk of death in patients who have been hospitalized by 20%, as MarketWatch’s Jaimy Lee reported. This is the first time clinical research has demonstrated that Regeneron’s antibody treatment has improved survival for hospitalized patients.

The study, which is being conducted in the U.K. in patients who have not yet developed antibodies, follows other research that showed the company’s antibody treatment can improve recovery times among people with mild or moderate forms of the disease. Regeneron said it is planning to ask the Food and Drug Administration to expand the emergency-use authorization in the U.S. to include these types of patients.

See also: What this Cleveland Clinic pediatrician and vaccine expert is telling teens and their parents about getting COVID-19 shots

Moderna announced that the U.S. government is purchasing an additional 200 million doses of its vaccine, with an option to acquire other COVID-19 vaccine candidates, which could include booster shots.

Internationally, the mayor of Moscow, Sergei Sobyanin, has mandated vaccines for all service workers, following a recent surge in new cases, the Moscow Times reported. Businesses operating in the hospitality, education, healthcare and entertainment sectors will be required to ensure 60% of their workforces are vaccinated, according to the decree signed by Moscow’s chief sanitary doctor.

Russia’s vaccine push has stumbled with only about 13% of the population inoculated.

France is easing some COVID restrictions, including outdoor face masks, and is ending an eight-month nightly curfew this weekend, the Associated Press reported.

The European Union is recommending that member countries start to lift restrictions on tourists from the U.S., the AP reported. The EU also added North Macedonia, Albania, Serbia, Lebanon and Taiwan to the tourist travel list. The recommendations are expected to be formalized on Friday.

The global tally of cases of the coronavirus-borne illness headed toward 177 million on Wednesday, according to data aggregated by Johns Hopkins University, while deaths climbed above 3.8 million.

India is second in total cases at 29.6 million and third by fatalities at 379,573, although those numbers are believed to be undercounted given a shortage of tests.

Brazil has the third highest caseload at 17.5 million, according to Johns Hopkins data, and is second in deaths at 490,696.

The U.K. has had 128,190 fatalities and 4.6 million cases, the highest number of deaths in Europe and fifth highest in the world.

China, where the virus was first discovered late in 2019, has had 103,425 confirmed cases and 4,846 deaths, according to its official numbers, which are widely held to be massively underreported.

‘Unless we do this together, we’re not going to get this under control’: Fauci says we can learn from other nations on how to beat COVID-19

MarketWatch First Take: Here are the few things that might change at Google now the founders are out

Is Walmart Doing Enough to Hold Off Amazon?