Johnson & Johnson became the latest COVID-19 vaccine maker to offer an update on booster doses Tuesday, when it said data from a Phase 3 trial and the real world found protection against hospitalization and death is greatly improved by a booster jab of its one-shot vaccine. Read More... 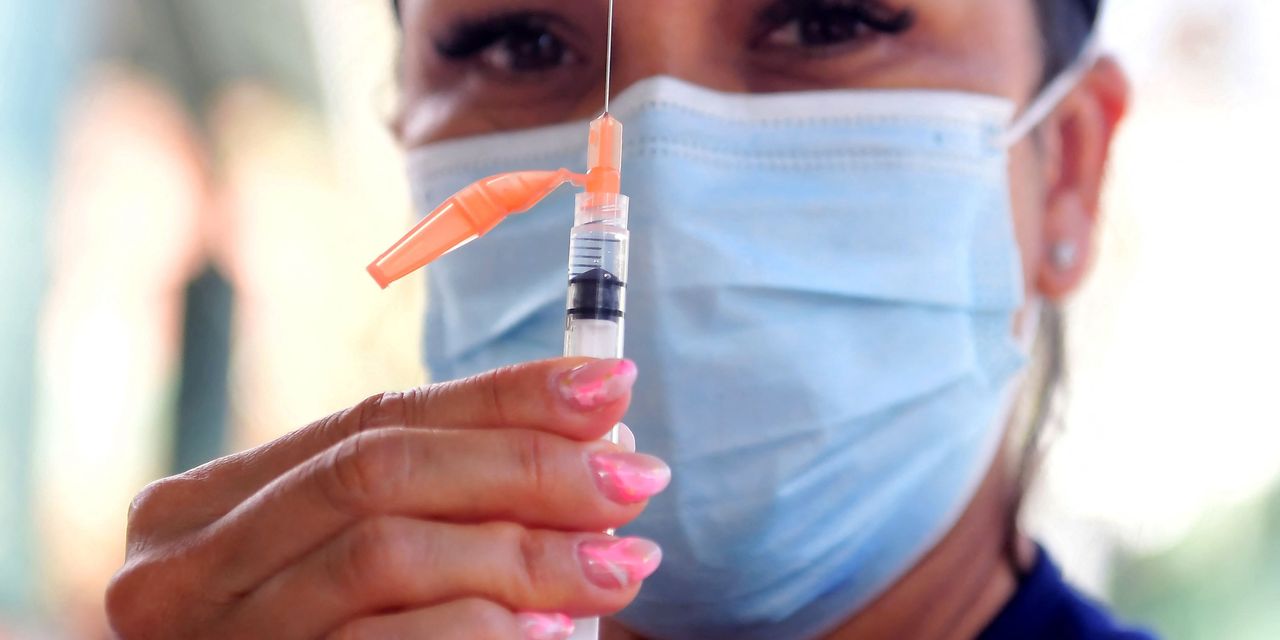 Johnson & Johnson became the latest COVID-19 vaccine maker to offer an update on booster doses Tuesday, when it said data from a Phase 3 trial and the real world found protection against hospitalization and death is greatly improved by a booster shot of its single-dose vaccine.

The company JNJ, +0.44% said the data showed 94% efficacy against mild to severe COVID-19 in the U.S. after two doses, up from the 74% achieved by the single jab. The company said the data confirmed that even one dose offers strong and long-lasting protection.

But the second dose creates a fourfold increase in antibodies when given at two months and a 12-fold increase when given at six months. The Phase 3 trial involved 390,000 people who got the J&J one-shot vaccine versus about 1.52 million unvaccinated people who were matched on factors including age, sex, time, three-digit ZIP Code, and comorbidities and predictors for COVID-19 infection severity.

“The safety profile of the vaccine remained consistent and was generally well-tolerated when administered as a booster,” the company said in a statement. The news comes a day after Pfizer PFE, -0.63% and BioNTech BNTX, +0.69% released data showing their vaccine is safe and effective in 5- to 11-year-olds.

It also comes after a Food and Drug Administration advisory committee voted Friday to recommend that booster shots be given to recipients of the two-dose vaccine developed by Pfizer and BioNTech who are at least 65 or at high risk of developing severe disease.

The FDA is expected to announce a decision on boosters at any time and often follows the committee’s recommendations. But the World Health Organization has urged world leaders not to pursue the administration of boosters until most of the world has received its first vaccine doses, an effort hampered by a shortage of supply in many parts of the world.

Dispatches from a Pandemic: COVID-19 long haulers are frustrated with unvaccinated friends, worried about reinfection, and mired in medical bills

President Joe Biden was expected to call for greater vaccine equity in his maiden speech to the United Nations General Assembly on Tuesday and to talk up his administration’s plans to donate vaccines to countries in need. That effort has not been successful so far.

Breaking: Biden says U.S. will lead on the era’s great issues but will not ‘go it alone’

The WHO said last week that 73% of the 5.7 billion vaccine doses administered so far have gone to just 10 countries.

See now: WHO warns lack of COVID-19 vaccine supply in Africa could make it breeding ground for new variants and ‘send the whole world back to Square 1’

The U.S. is averaging 2,087 COVID fatalities a day, according to a New York Times tracker, which shows death rates remain high even as hospitalizations and cases are starting to come down after a surge in July caused by the highly transmissible delta variant.

Most of those are happening in unvaccinated people, who also account for most new cases and for the severely sick and hospitalized. West Virginia, an early success story in vaccination, has been left behind by other states and now leads the nation in new cases on a per capita basis. The state has been counting about 2,000 cases a day, the most since the start of the outbreak.

West Virginia has fully vaccinated just 40% of its population, well below the national average of 54.7%, according to a Centers for Disease Control and Prevention tracker. The tracker shows some 212 million people living in the U.S., or 63.9% of the population, have received at least one dose of a vaccine.

Health experts have lamented that unvaccinated people are suffering preventable deaths. And COVID has now killed more Americans — 676,286, according to data from Johns Hopkins University — than died in the 1918–19 flu pandemic — about 675,000 — as the Associated Press reported Monday.

Also: ‘I decided I’d jump the gun’: What to consider before getting a third shot if you’re not eligible yet

Elsewhere, Germany is reeling after a 20-year-old gas-station attendant was shot and killed while asking a customer to wear a face mask, broadcaster Deutsche Welle reported. The suspected shooter reportedly said he was stressed out by coronavirus measures.

The global tally for the coronavirus-borne illness climbed above 229.2 million on Tuesday, while the death toll rose to 4.7 million, according to data aggregated by Johns Hopkins University.

China, where the virus was first discovered late in 2019, has had 108,039 confirmed cases and 4,849 deaths, according to its official numbers, which are widely held to be massively underreported.