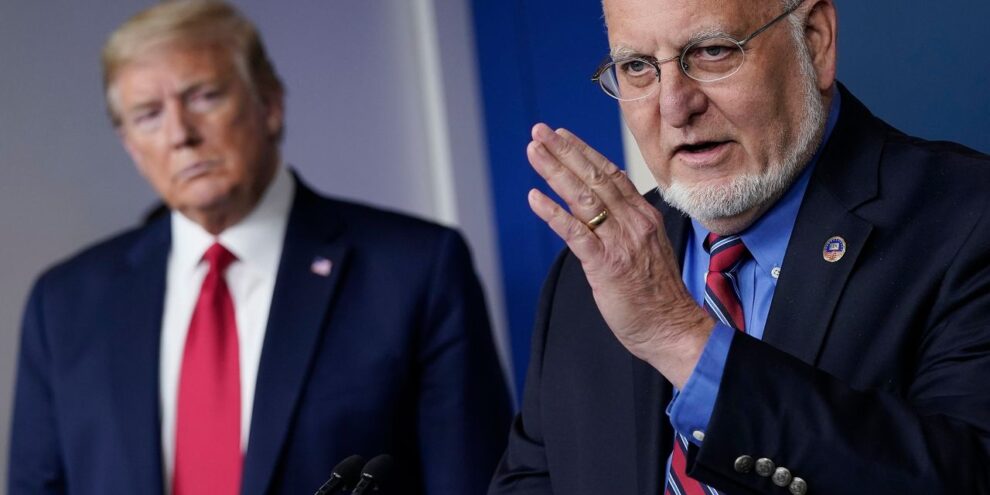 Aides from the administration of former President Donald Trump interfered with communications from a leading public health agency to downplay the risks of the coronavirus pandemic, according to a damning new report published Monday Read More... 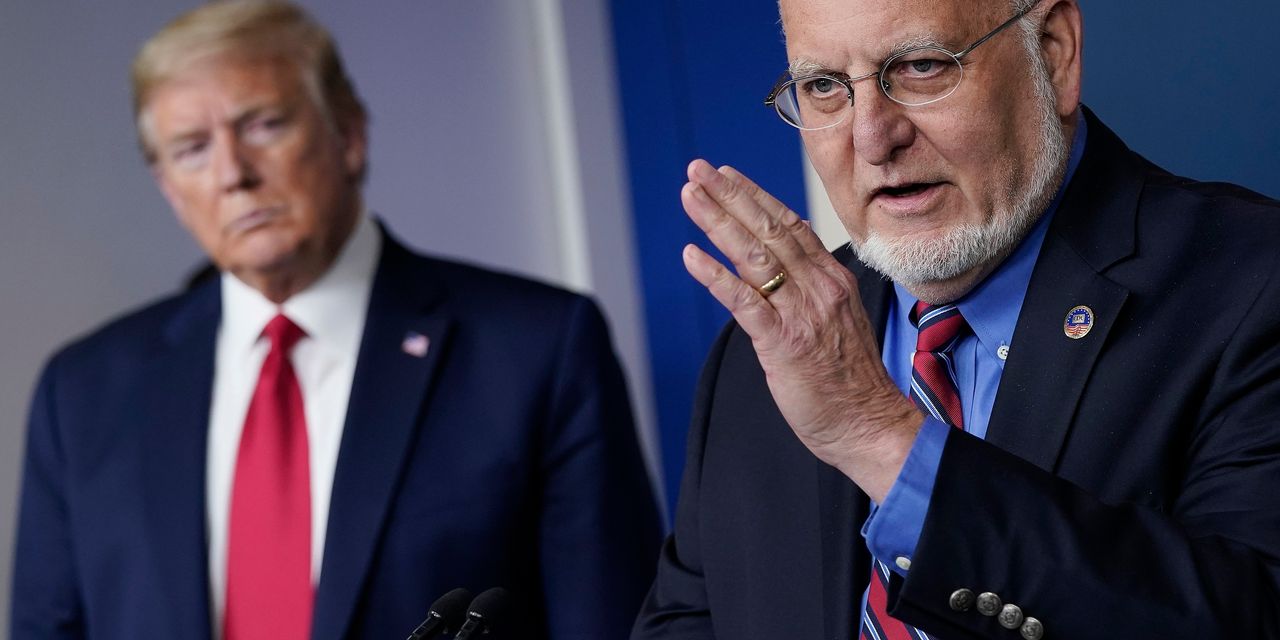 Aides from the administration of former President Donald Trump interfered with communications from a leading public health agency to downplay the risks of the coronavirus pandemic, according to a damning new report published Monday.

Aides “usurped control of CDC (Centers for Disease Control and Prevention) communications and blocked public health officials from providing accurate information about the coronavirus to the American people,” the House Select Subcommittee on the Coronavirus Crisis, led by Democratic Rep. Jim Clyburn, said in the 91-page report.

It was the third such investigational report by the subcommittee on the previous administration’s handling of the pandemic. The first report found that Trump sought to prevent health experts from speaking publicly on the crisis and the second alleged that he engaged in a “knife fight” with the Food and Drug Administration.

Officials interviewed senior leaders at the CDC including Dr. Robert Redfield, its former head, and heard that Trump officials blocked the agency from offering information to the American public early on in the pandemic.

Other findings in the report include that aides: “installed political operatives who sought to downplay the seriousness of the pandemic and retaliated against career officials who contradicted Trump administration talking points; overruled scientists to weaken multiple CDC guidance documents and to exploit and counteract CDC’s public health authorities to achieve political goals; attempted to manipulate the content and block the publication of CDC’s scientific reports and destroy evidence of such political interference; and diverted taxpayer money away from CDC to inject overtly pro-Trump slogans into public service announcements about vaccines.”

Redfield said the process for developing guidance “got complicated” during the pandemic and that it gave him “PTSD.” He also said in a transcribed interview for the report that White House officials in the Office of Management and Budget (OMB) effectively had veto power over CDC’s coronavirus guidance, explaining: “We didn’t get the approval usually to issue the guidance until OMB gave it a thumb’s up.”

Clyburn told MSNBC’s “Rachel Maddow Show” on Monday that CDC scientists were “not prepared to have to deal with political interference.

“Their job is to simply do the research, do the science, inform the public, and then hopefully the leadership will be there by the politicians to do what’s necessary to protect the public. Instead, they had their information supplanted and deleted and in many instances they were insulted and embarrassed.”

The report comes as U.S. known cases of COVID are continuing to ease and now stand at their lowest level since mid-April, although the true tally is likely higher given how many people overall are testing at home, where the data are not being collected.

• California’s coronavirus emergency will officially end in February, Gov. Gavin Newsom announced Monday, nearly three years after the state’s first confirmed death from the disease prompted a raft of restrictions that upended public life, the Associated Press reported. “The State of Emergency was an effective and necessary tool that we utilized to protect our state, and we wouldn’t have gotten to this point without it,” Newsom said in a news release, adding that the declaration will formally end on Feb. 28. Newsom declared a state of emergency for the coronavirus on March 4, 2020, shortly after an elderly patient was the first confirmed death from the disease in California.

• Indiana Lt. Gov. Suzanne Crouch tested positive for COVID-19 after experiencing cold-like symptoms on Monday, according to her office, the AP reported separately. Crouch said in a Twitter post that she had “mild symptoms and will continue to work for Hoosiers from home while following all of Indiana’s COVID guidelines.” Crouch was at her home in Evansville after testing positive with the COVID-19 virus for the first time, said her office spokesman, Ron Green.

• China reported 951 new COVID infections for Monday, of which 250 were symptomatic and 701 were asymptomatic, Reuters reported, citing data from the National Health Commission. That compares with 921 new cases a day earlier—245 symptomatic and 676 asymptomatic infections, which China counts separately. There were no new deaths, same as a day earlier, keeping fatalities at 5,226. As of Oct. 17, mainland China had confirmed 256,268 cases with symptoms.

• Researchers seeking treatments for long COVID are eager to see whether low doses of naltrexone, a generic drug typically used to treat alcohol and opioid addiction, can help, Reuters reported separately. The treatment has helped Lauren Nichols, a 34-year-old logistics expert for the U.S. Department of Transportation in Boston, who has been suffering from impaired thinking and focus, fatigue, seizures, headache and pain since her COVID-19 infection in the spring of 2020. The drug has been used with some success to treat a similar complex, post-infectious syndrome marked by cognitive deficits and overwhelming fatigue called myalgic encephalomyelitis/chronic fatigue syndrome (ME/CFS).

The global tally of confirmed cases of COVID-19 topped 625.3 million on Monday, while the death toll rose above 6.56 million, according to data aggregated by Johns Hopkins University.

The Centers for Disease Control and Prevention’s tracker shows that 226.2 million people living in the U.S., equal to 68.1% of the total population, are fully vaccinated, meaning they have had their primary shots. Just 110.8 million have had a booster, equal to 49% of the vaccinated population, and 25.6 million of those who are eligible for a second booster have had one, equal to 39% of those who received a first booster.

Some 14.8 million people have had a shot of the new bivalent booster that targets the new omicron subvariants.