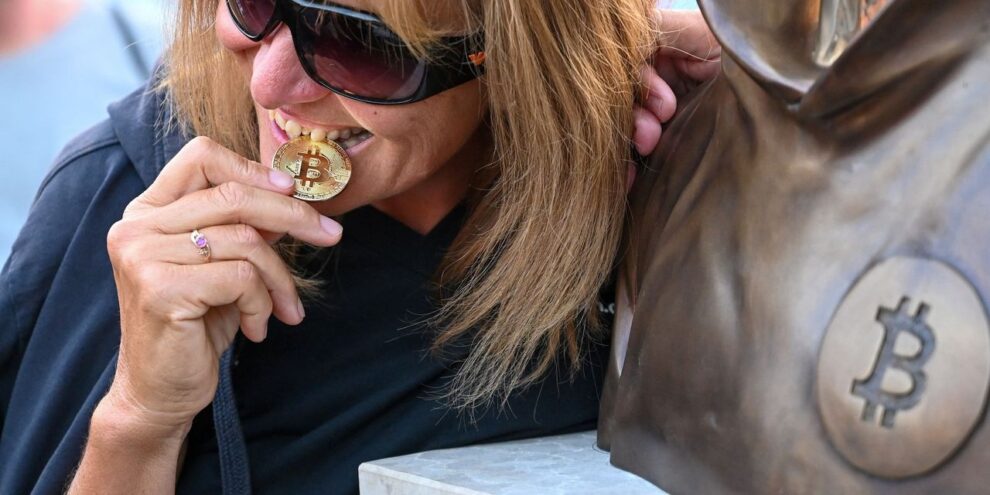 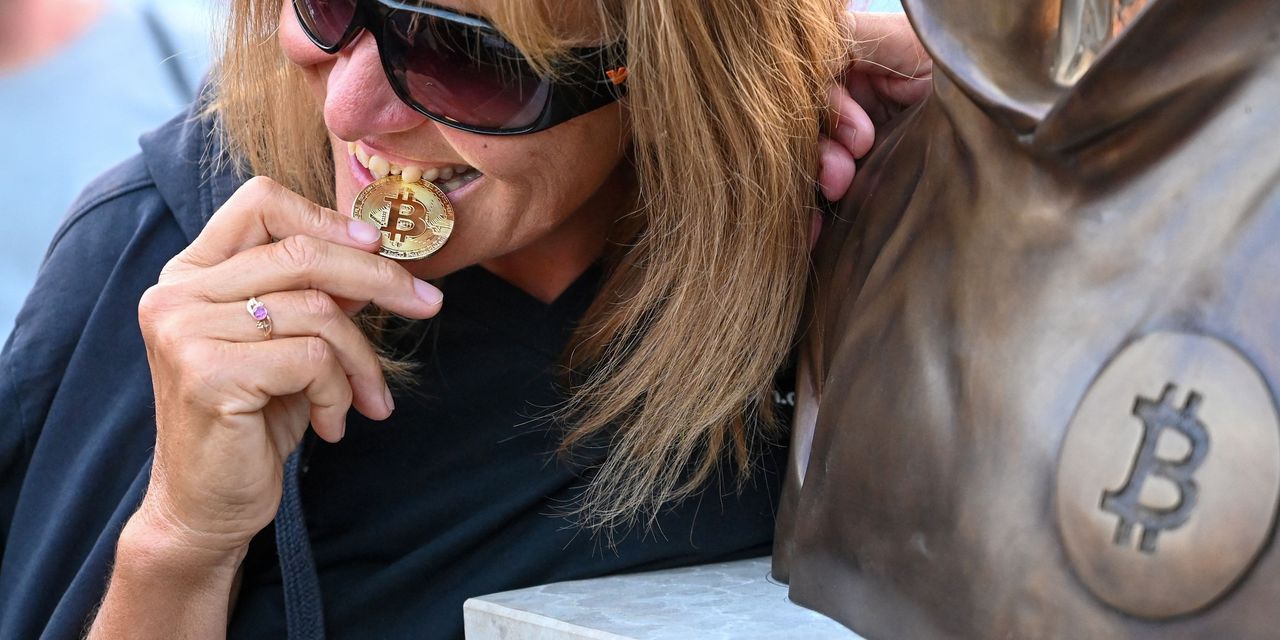 Is bitcoin BTCUSD, +9.89% facing a breaking point? That’s what some investors, acolytes and otherwise, might be contemplating, as the cryptocurrency’s descent accelerates over the weekend. The world’s No. 1 digital asset was last trading at $18,654, down more than 70% from its peak of around $65,000, with the broader crypto market feeling to some as if it were in free fall.

“Psychologically for a lot of people this is galling,” said Charles Hayter, chief executive officer of CryptoCompare, a company that provides data and analytics about the crypto market.

Hayter, speaking to MarketWatch in a weekend interview, allowed that the risks inherent in bitcoin are part of its appeal.

Yves Lamoureux, the bitcoin-bullish president of Montreal-based macroeconomic research firm Lamoureux & Co., said that debt swirling around in the crypto market has amplified recent swings lower, with a number of highly indebted companies facing margin calls and this arcane business’s version of Wall Street bank runs. “If my read is correct, this is massive liquidation of huge leverage in the system,” said Lamoureux.

“It’s too easy as usual because bitcoin has this way of over [extending],” he said.

Indeed, crypto lender Celsius Network LLC has reportedly hired restructuring attorneys from law firm Akin Gump Strauss Hauer & Feld LLP to advise it after the company told users that it was pausing all withdrawals, swaps and transfers among accounts, “due to extreme market conditions.”

On top of that, a major player in decentralized finance markets, or DeFi, a corner of the crypto world where traders often seek to earn money on leveraged crypto, has reportedly faced its own challenges.

“We are seeing rapid Minsky cycles in this space,” Hayter said.

Economist Hyman Minsky, who died in 1996, espoused a view that a period of distortions in the financial system eventually ends very badly.

Signs of trouble in crypto markets emerged in May with the collapse of the Terra, an algorithmic stablecoin blockchain pegged to fiat currencies like the dollar, which are intended to hold their value against the peg.

See: This 24-year-old quit his job at hedge-fund powerhouse Citadel to build anew on the Terra blockchain — which collapsed two months later

“Bitcoin has already broken down [and is] now seeing significant downside follow-through,” Katie Stockton, a market analyst at Fairlead Strategies, told MarketWatch ahead of the release of a Saturday report to clients on bitcoin’s technical levels.

She said bitcoin’s collapse isn’t 100% confirmed but called sentiment badly deteriorated. If negative momentum continues, she said, she sees the next support at $13,900, based on her analysis.

Hayter said the current situation should be seen as par for the course for bitcoin and its ilk, “with perhaps,” he speculated, “the next iteration allowing regulation to strengthen the natural weak points.”