Fan who caught the ball after a Tampa Bay receiver tossed it into the seats gets about $100,000 in gifts in exchange for the ball, but a collectibles expert says the football could be worth $500,000. Read More... 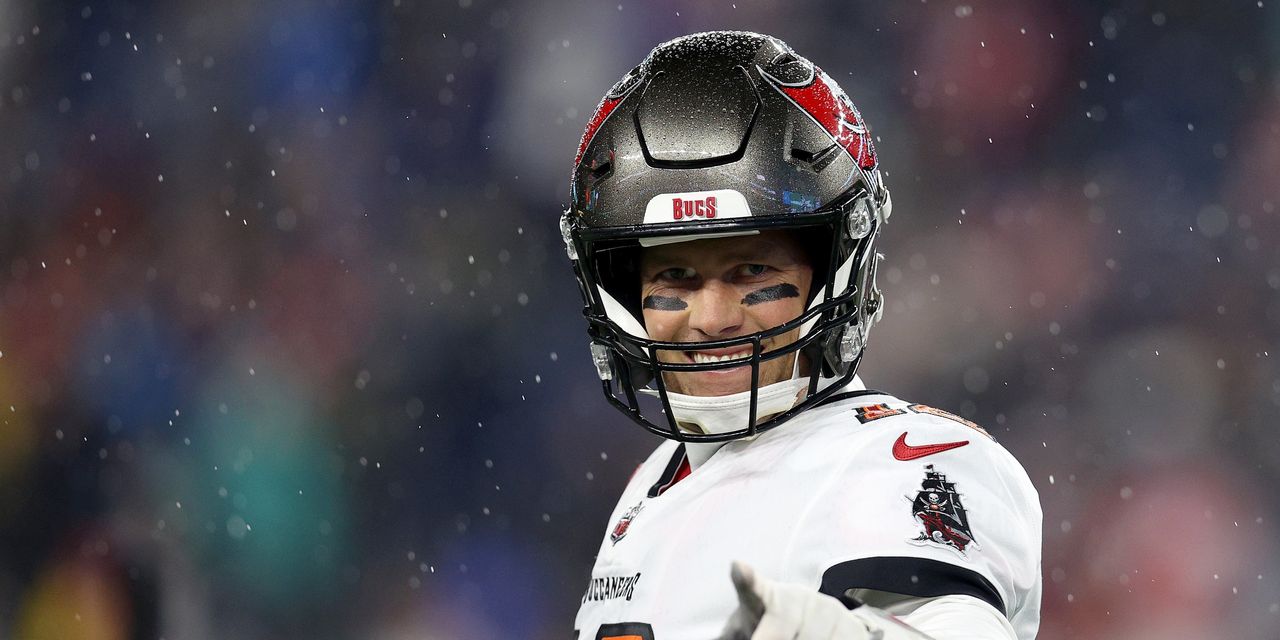 Brady threw the record-setting touchdown last Sunday — no NFL player had ever thrown for 600 touchdowns — but Mike Evans, the wide receiver who caught the pass, had not realized the ball was a record-setting one for Brady and gave the ball to a fan in the stands.

After the team realized the importance of the ball, the TV broadcast caught Buccaneers officials negotiating with the fan to get the ball back.

The ball obviously carries value, and Brady addressed the situation during ESPN’s Monday Football simulcast. “I got the ball back,” Brady told former NFL quarterbacks Peyton and Eli Manning. “There was a lot of negotiation in order to get the ball back.”

Byron Kennedy, the fan who caught the ball, will receive two Brady-signed jerseys, a signed helmet, a signed Evans jersey plus his game cleats, a $1,000 store credit at the Buccaneers team store, and season tickets for two years, according to the Tampa Bay Times.

“I am also giving him a bitcoin, which is pretty cool, too,” Brady went on to say. “At the end of the day, I still think he’s making out pretty well.”

Brady took an equity stake in cryptocurrency exchange FTX earlier this year and, based on this tweet, it’s possible that the exchange helped contribute the crypto gift to the lucky fan:

“Hey @FTX_Official, let’s make a trade…Let’s get this guy a Bitcoin,” Brady tweeted out on Monday.

Need to Know: Bitcoin, gold or dollar for a rainy day? Here’s what the bosses at Bridgewater, BlackRock and Goldman choose

Cryptocurrency has been getting more popular among NFL players over the past 18 months — running back Saquon Barkley says he is accepting all future endorsements in bitcoin, and No. 1 NFL draft pick Trevor Lawrence signed a deal with crypto portfolio app Blockfolio and was paid in a mix of bitcoin, ethereum ETHUSD, -6.12%  and Solana.

But did the Tampa Bay fan make a good trade? Not exactly.

It’s estimated that the memorabilia and tickets Kennedy received had a value of approximately $36,000, and bitcoin prices were just shy of $63,000 as of Tuesday morning. Roughly $100,000 in total value is not bad for a ball Kennedy only owned for a few minutes, but the return could have been even greater.

Ken Goldin, founder of collectibles and memorabilia auction platform Goldin Auctions, estimated Brady’s 600th touchdown ball could be worth over $500,000 in an open auction.

Kennedy appeared on NFL Network on Monday and said he doesn’t wish to renegotiate in pursuit of greater compensation, but suggested with a smile that he wouldn’t mind “playing a round of golf with Tom.”