Sam Bankman-Fried, the co-founder and CEO of FTX, one of the world's most prominent crypto exchanges says that one of the biggest potential risks to the digital-asset market is a cascade of events that also features a U.S. regulatory crackdown. Read More... 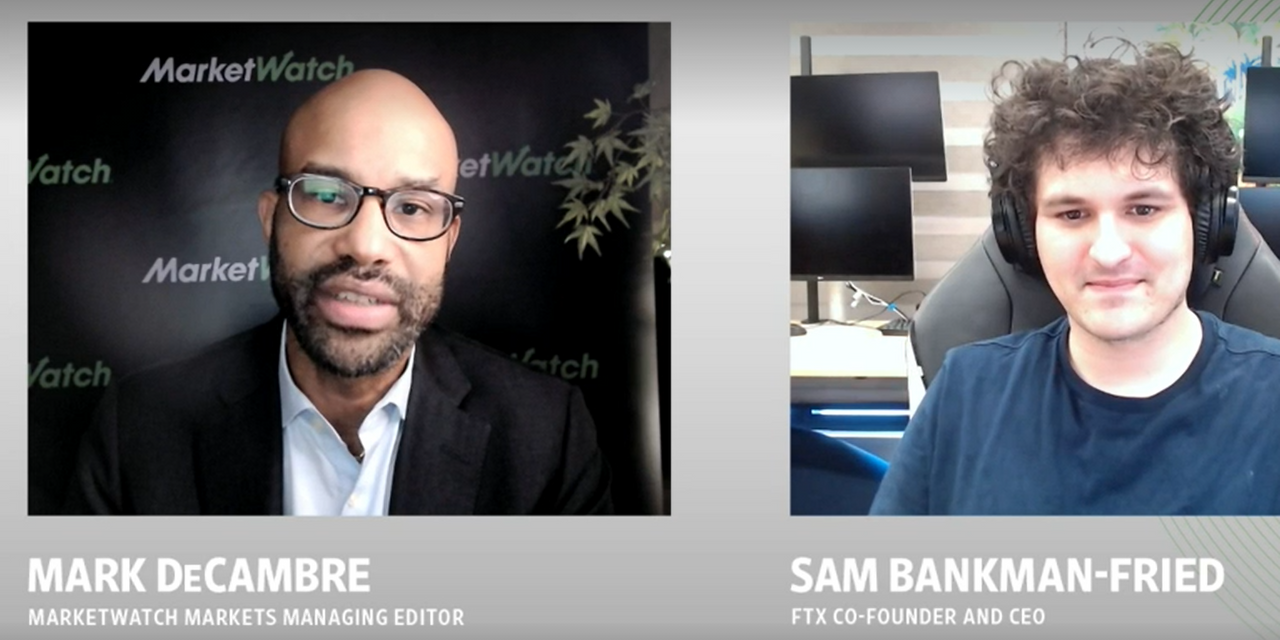 Sam Bankman-Fried, the co-founder and CEO of FTX, one of the world’s most prominent crypto exchanges, says that one of the biggest potential risks to the bullish trend for the digital-asset market is a daisy chain of events alongside a regulatory crackdown.

“I really think…the biggest risk is a cascade, combining a big crash, liquidations,” and a “rule-making” environment “that together casts a really negative shadow over the crypto ecosystem,” Bankman-Fried told MarketWatch on Wednesday afternoon during an interview at MarketWatch and Barron’s “Investing in Crypto” virtual event series.

The 29-year old, who is a U.S. citizen but resides in the Bahamas, is a graduate of the Massachusetts Institute of Technology and boasts a net worth of around $26 billion, according to Forbes.

FTX’s own valuation recently topped $25 billion in its most recent funding round. The exchange platform is a cryptocurrency unicorn that offers derivative trading services with offices in the U.S. and the Bahamas, and is the sixth-largest global crypto exchange, according to CoinMarketCap.com.

Meanwhile, meme coin Shiba Inu, a virtual asset that pays homage to Dogecoin DOGEUSD, +0.83%, was up 64% on Wednesday.

: Getting a divorce? Three things to know about the marital home and capital gains
NewsWatch: Big Tech is still headed for its biggest year ever, but Apple and Amazon could cut into profit
Comment

In One Chart: This is how many workers a $15 minimum wage would help in every congressional district

Personal Finance Daily: Men with beards are killing the razor industry and after Equifax settlement, should you opt for free credit monitoring or $125? The FTC has an answer

Market Snapshot: Wall Street is wondering if the Fed can heal a coronavirus-stricken stock market that just saw $4.3 trillion in value vanish over the past 7 sessions