Karl Lagerfeld's assertion that "trendy is the last stage before tacky" may be a useful framework for analyzing bitcoin, according to Deutsche Bank analyst and Harvard University lecturer Marion Laboure. Read More... 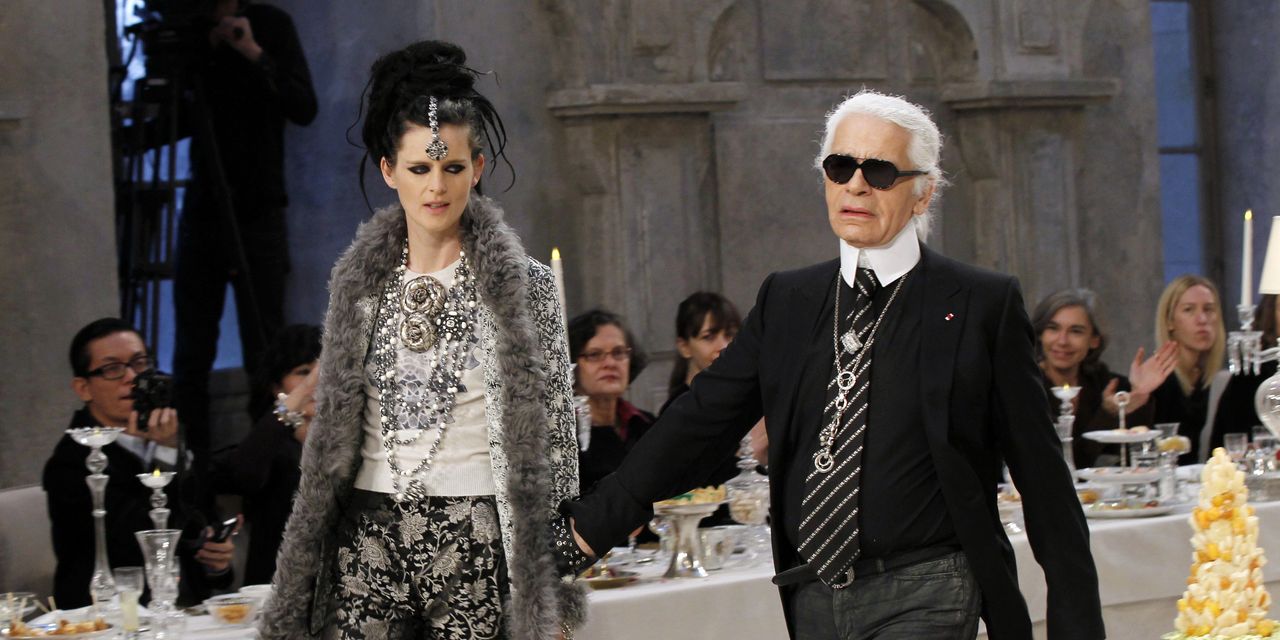 So Lagerfeld’s assertion that “trendy is the last stage before tacky” may be a useful framework for analyzing bitcoin, according to Deutsche Bank analyst and Harvard University lecturer Marion Laboure.

The London-based analyst said Wednesday’s plunge in the cryptocurrency space, including an 11% decline for bitcoin BTCUSD, +1.86%, was proof that digital currencies can quickly become passé. “It took bitcoin a mere three months to go from trendy to tacky, and all it took for the cryptocurrency to fall out of style was one tweet and a Chinese government statement,” said Laboure.

The tweet was from Tesla TSLA, +4.14% Chief Executive Elon Musk, when he said the electric-car company would stop taking bitcoin as payment due to environmental concerns, and the statement was from the People’s Bank of China, when it said that digital tokens were banned as a means of payment.

“Bitcoin’s value will continue to rise and fall depending on what people believe it is worth,” Laboure wrote in a note to clients. “This is sometimes called the ‘Tinkerbell Effect’ — a recognized economic term based on Peter Pan’s assertion that Tinkerbell existed simply because children believed she existed. In other words, the value of bitcoin is entirely based on wishful thinking,” she said.

Cryptocurrencies as a widespread means of payment will be unlikely. Laboure estimated that less than 30% of bitcoin’s transactional activity is related to payments for goods and services — with most of it related to financial investment. Bitcoin’s liquidity is low — in 2020, 28 million bitcoins changed hands, or 150% of the total bitcoins in circulation, compared with 40 billion shares of technology giant Apple AAPL, +2.10%, or 270% of its total shares.

Bitcoin’s limited tradability will keep it ultra-volatile, as a few big purchases, or market exits, can significantly impact equilibrium.

And that is before governments come in, who “are unlikely to relinquish their monetary monopolies,” Laboure said.

Governments are working on their own digital currencies, she noted, and regulation is coming.

It was China’s reiteration that cryptocurrencies can’t be used for payments that triggered Wednesday’s decline. After this article was initially published, the Treasury Department recommended that crypto transactions above $10,000 be reported to the government.

The European Union has proposed the Markets in Crypto-Assets Regulation, or MiCar, which could take effect as early as the end of 2021, and India has tightly regulated cryptocurrencies.

Worried About Market Volatility? Buy These 2 Stocks Right Now
Bitcoin falls below $40,000 as BlockFi mistakenly sends $21m worth of coins to users
Comment

Help Me Retire: My parents are unprepared for retirement — how can I help them?

CBS and Viacom Are Still Selling Wall Street on Their Deal

Retire Better: Are employers using the pandemic as cover to shed older workers?

: KFC to air holiday ‘mini-movie’ on the Lifetime network called ‘A Recipe for Seduction’