Coinbase Global on Monday said it plans to sell $1.25 billion of convertible debt. Its stock closed below its $250 reference price for the first time since the crypto platform listed on the Nasdaq exchange in mid-April. Read More... 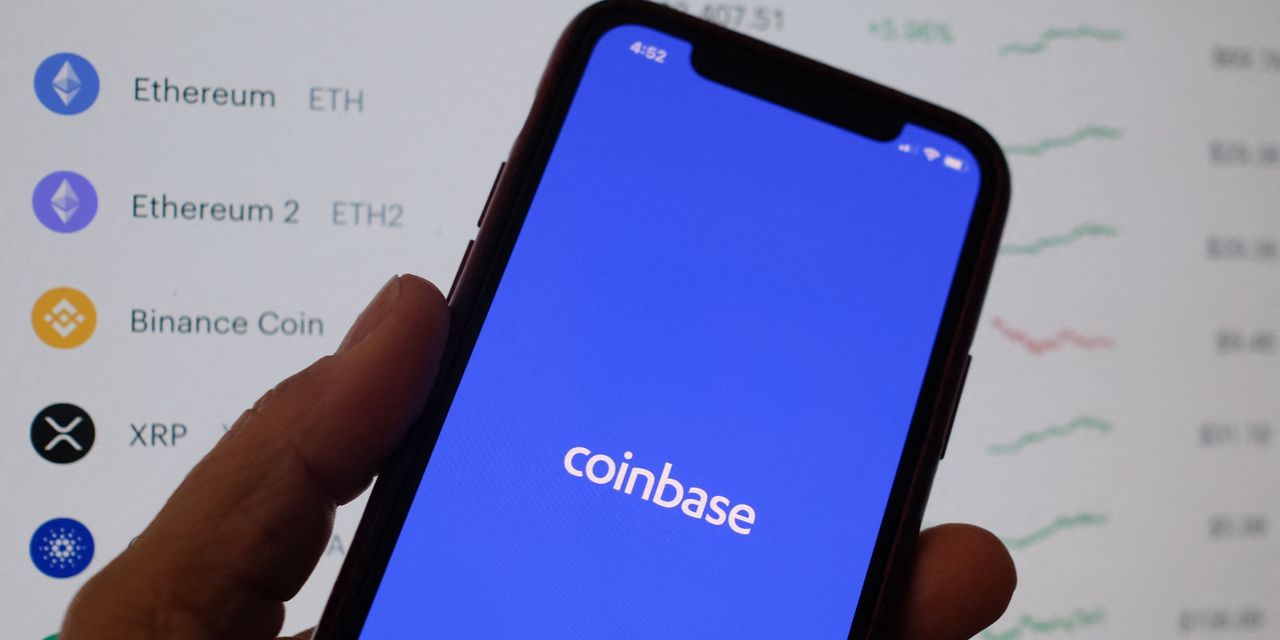 Coinbase Global Inc. said Monday it plans to sell $1.25 billion of convertible debt, the same day its stock closed below its $250 reference price for the first time since the crypto platform listed on the Nasdaq exchange in mid-April.

Coinbase COIN, -3.92%, whose users primarily deal in bitcoin BTCUSD, -1.27% and Ether ETHUSD, -2.83% on the Ethereum protocol, last week reported strong first-quarter results, in line with its preliminary release before it went public. The platform is now looking to sell bonds due in 2026, which can convert to Class A common stock, if the stock hits a set strike price.

“This capital raise represents an opportunity to bolster Coinbase’s already strong balance sheet with low-cost capital that maintains operating freedom and minimizes dilution for Coinbase’s stockholders,” the company said in a statement. Proceeds from the debt deal were earmarked for general corporate purposes.

But concerns about the volatility of its underlying digital-asset business are providing the stiffest headwinds for the platform, experts said.

“They are going to have to diversify,” Ryan said, adding that most of Coinbase’s revenue currently comes from the trading activity of individual users, but that the new debt should be used for acquisitions and to build out its suite of crypto financial services.

Last week, Coinbase, headed by Chief Executive Brian Armstrong, reported $1.8 billion in revenue, compared with $191 million in the first quarter a year ago. It reported $771 million in net income, versus $32 million a year ago, and said that it planned on adding popular crypto dogecoin DOGEUSD, -1.63% to its suite of offerings in two months after a surge in the meme asset has helped its rivals presumably grab some market share away from the U.S.’s largest crypto platform by volume.

The crypto company boasts a user base of 56 million, and 6.1 million of that base transact monthly. Coinbase is forecasting monthly transacting users of 5.5 million to 9.0 million for 2021, depending on the performance in the crypto market.

Coinbase is down around 30% since its public debut, in step with the decline of the broader crypto complex, but a number of analysts remained bullish on the company’s stock.

Kyle Voigt, analyst at Keefe, Bruyette & Woods, who initiated coverage of Coinbase on May 3 at market perform with a price target of $325, said during a recent podcast hosted by the company that Coinbase has “a tremendous opportunity to better monetize its existing customer base,” pointing to staking as one possible near-term avenue for the company to grow revenues.

Staking refers to putting up virtual currencies and earning rewards for that stake in the process of validating transactions on proof-of-stake, or POS, protocols.

“We believe Ethereum staking alone will generate over $100 million in net revenues by 2023 (from $0 in 1Q21),” the KBW analyst speculated, noting that the Ethereum blockchain is moving from a proof-of-work protocol to a POS soon. Proof-of-work blockchains, like bitcoin, require tremendous amounts of energy and computing power, generated to validate their digital ledger.

CFRA Research’s Chris Kuiper is maintaining the company’s “buy” recommendation for Coinbase, but last week cut the price target to $375 from $400.

“We maintain our Buy opinion as we concede COIN shares are still embedding very high expectations, but we think they can be exceeded given the trajectory of growth,” the CFRA analyst wrote.

US regulators under scrutiny as they look to punish Facebook

: The $5 billion bid battle for security group G4S just ramped up — here’s what could happen next

The Moneyist: My friend of 30 years owes me $20K after living in my apartment rent-free. She texted to say she misses our friendship. What should I do now?