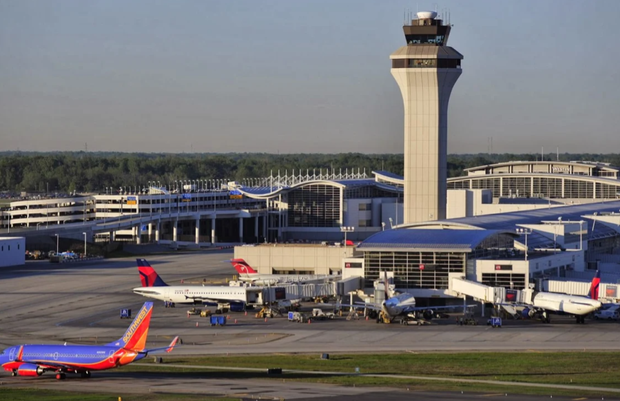 It's best to hold your own bonds managed by a professional. Read More...

Municipal bonds have high yields, making them more attractive than Treasuries. But you better be careful.

What may surprise you is that yields on investment-grade municipal bonds (“munis”) are higher than they are for U.S. Treasury bonds, which are subject to federal income taxes. But you need to use a careful strategy to avoid two important risks.

Philip Palumbo, the founder and CEO of Palumbo Wealth Management in Great Neck, N.Y., says municipal bonds provide a “good balance” for large portfolios that also include stocks. But he also sees elevated default risk for munis because the coronavirus pandemic and economic shutdown have caused a tremendous decline in states’ tax revenue. A $3.1 trillion national budget deficit makes the prospect of a federal bailout of states less likely.

Palumbo recommends avoiding concentration in the municipal bonds of a single state, even if you are living in one with very high income taxes, such as New York or California. During an interview, he said the advantage of avoiding state income taxes on muni bond interest is “minimal when compared to the extra risk you are taking.”

So go with a varied portfolio from many states, be content to avoid federal income taxes and tolerate state income taxes.

As an active money manager, it’s no surprise that Palumbo believes an active approach to managing bond portfolios is best, not only because of the higher credit risk for certain types of munis (which is explained below), but because professional bond managers can take advantage of disruption in pricing, such as what we saw in March and April.

“The value proposition is very strong” for municipal bond investors who hold their own bonds, rather than shares of a mutual fund, Palumbo said. “Separately managed accounts can often save investors a lot of money relative to actively managed funds.”

First, a few definitions. A bond is issued at its face value, which is called par. The interest rate is called the coupon. In this example, a bond is issued for $10,000 and its coupon is 4%. This means a bond investor who holds it for a year will receive $400 in interest. The sample bond matures in 10 years. Most bonds also have earlier call dates, when the issuer can redeem the bond for at least face value.

It may be well worth taking that eventual loss to get an attractive yield. You can look at a bond’s yield to maturity, which factors a net loss (for a bond purchased at a premium) or a capital gain (for a bond purchased at a discount) into an annual yield. But you really want to look at “yield to worst,” which does this calculation based on the earliest date the issuer may redeem the bond.

According to Andrew Clinton, the founder and CEO of Clinton Investment Management, the yields to worst for investment-grade municipal bonds (rated Baa or higher by Moody’s Investors Service or BBB or higher by S&P Global) with an average of10 years until maturity now range between 2% and 2.25%. Those compare quite favorably with the yield on 10-year U.S. Treasury notes TMUBMUSD10Y, 0.811%, which is about 0.81%.

Looking at corporate bonds, the Bloomberg Barclays U.S. Aggregate Bond Index has a yield to worst of only 1.22%, according to FactSet.

So even before considering the tax advantages, the muni yields are higher. For comparisons of yields for municipal bonds and taxable bonds, you can calculate a taxable-equivalent yield for the muni by dividing its yield by 1 minus your highest graduated tax rate.

Here are taxable equivalent yields based on graduated federal income-tax rates for 2020 and the 2% lower end of the municipal bond yield-to-worst range that Clinton gave above:

Even in the lowest tax bracket, the municipal bond yields are very attractive against investment-grade corporate bonds and 10-year U.S. Treasury notes.

A good mutual fund and its ‘NAV risk’

Palumbo said the Vanguard Intermediate-Term Tax-Exempt Fund VWIUX, had “done really well” for investors, especially because of its low annual expenses of 0.09% of assets under management. The fund is rated four stars (out of five) by Morningstar.

But all bond funds feature fluctuating share prices. An open-ended mutual fund’s share price is actually its net asset value (NAV), which is calculated at the close of trading each day the market is open by dividing the fund’s holdings by the number of shares outstanding.

When interest rates rise, bond prices decline and vice versa. Bond prices slide when interest rates rise because newly issued bonds have higher coupons. So the market values of bonds that were previously issued fluctuate so that their current yields adjust to the current average for newly issued bonds with similar ratings. In a rising-rate environment, if you are forced to sell your bonds, you might take a loss.

You can eliminate that risk simply by holding your bonds until they mature. You know how much you paid for them, whether you paid a premium or discount to par and how much of a gain or loss you will realize when they are called or mature at par. But if you hold shares of a bond fund, you never know how long it might take for your NAV to recover if it has fallen.

Clinton called this “NAV risk” during an interview. While he believes mutual funds are appropriate for smaller accounts, for larger accounts of investors looking to generate income, he says it is better to hold your own paper.

“If you own munis today and are with a broker who is laddering bonds for you and when they mature they buy more for you, and you are state-specific, I am concerned about it,” Palumbo said, because of the hit states are taking to tax revenue. This helps explain why the yields are so high compared to Treasury and investment-grade corporate bonds.

This is also why having an adviser place a client’s bond portfolio with a professional bond portfolio manager may be critically important at this time. A professional manager has the resources to analyze the credit of every bond issue he or she decides to buy.

Municipal bonds may be backed by a state’s general tax revenue, but many are tied to specific purposes and rely on the facilities they funded to provide the revenue that covers interest payments to investors. Sports stadiums and concert venues whose bonds were issued through municipal authorities are at obvious risk of default during lockdowns. Other specific areas of elevated risk that Clinton mentioned include convention centers, multifamily housing projects, student loans and student housing.

“ There’s no value in AAA-rated municipal bonds, in our view. ”

One fascinating point that Palumbo and Clinton both made was that an over-emphasis on the highest-rated bonds has hurt performance, historically. According to data supplied by Bloomberg, “the default rate for a Baa-rated securities was not significantly higher than that of AAA-rated securities,” Clinton said.

And the yield disadvantage of AAA munis is prohibitive. In the current environment, with maturities of less than five years,” your AAA bonds, generally speaking, yield less than 0.25%. So if you are using a manager, you have a negative return,” Clinton said.

“There’s no value in AAA-rated municipal bonds, in our view,” he said.

Clinton also said that in 30 years of managing bond portfolios for individual and institutional investors, he had not suffered a single bond default.

Here’s a comparison of average annual returns for various municipal bond rating categories, with Baa coming out on top for most periods:

Clinton described an example of a municipal bond issue that became more attractive because of pricing pressure during the initial COVID-19 shutdown in March and April. These were 5% municipal bonds that mature in 2045 (callable in 2025), issued by the Wayne County Airport Authority, which operates two airports in the Detroit area.

All of this makes for a solid argument for income-seeking investors in this low-interest-rate environment not only to focus on stocks, but to diversify by holding their own investment-grade municipal bonds.

: Americans tend to blow an inheritance — here’s how to be prudent and have some fun too
Was it All Bad News in Aphria's Q1 Results?
Comment