Delta Air Lines Inc. stock falls despite a first adjusted pandemic profit for the company, as investors worry about rising costs of fuel, wages, and maintenance, and as uncertainty swirled around the end-of-the-year travel season. Read More... 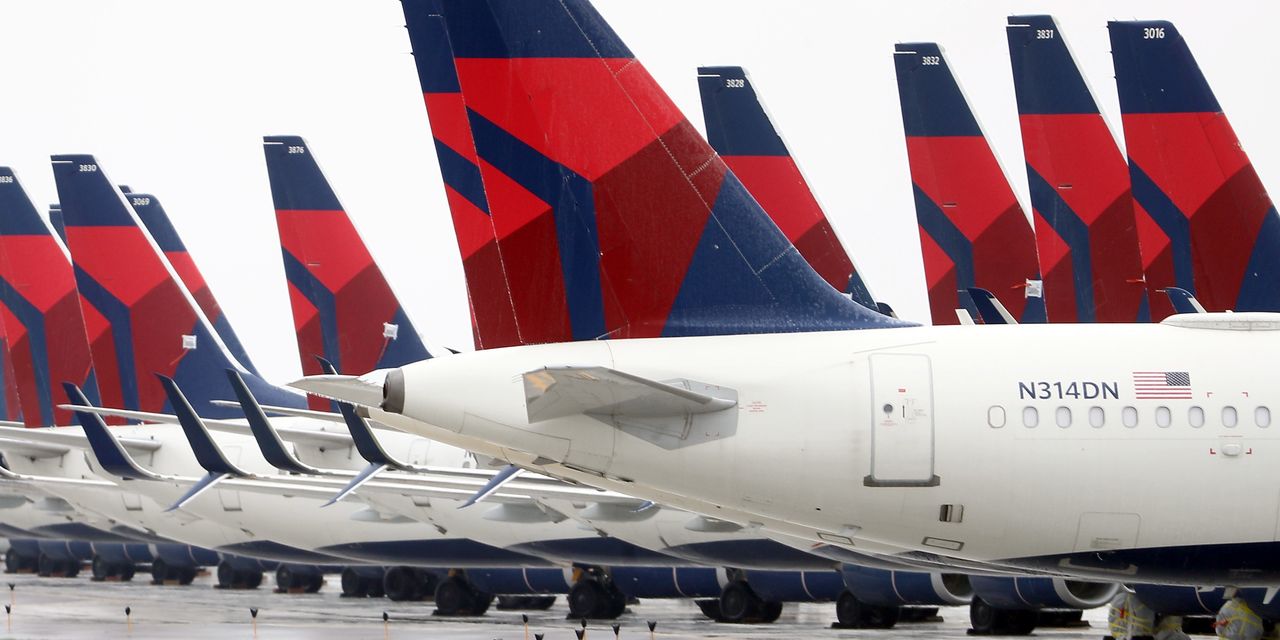 Delta Air Lines Inc. stock fell Wednesday even as the company posted its first adjusted pandemic profit, as investors worried about the rising costs of fuel, wages, and maintenance, and as uncertainty swirled around the end-of-the-year travel season.

Delta earlier Wednesday posted its first adjusted profit since the start of the pandemic, and one that was double what Wall Street expected.

Delta reported adjusted per-share earnings of 30 cents on revenue of $9.15 billion for its third quarter, compared with FactSet consensus for adjusted EPS of 15 cents on $8.4 billion of revenue. It said the recent rise in fuel prices will pressure its ability to remain profitable in the fourth quarter.

The results “look like a tale of two quarters,” Stephen Trent at Citi said. Outperformance for its premium segment, “good” cost controls and flight completion factors drove the earnings beat.

“Assuming that fuel stays at current levels, this is a factor that could hamper near-term enthusiasm on the shares and could also create some choppiness in Wednesday morning trading.”

Delta also reported some improvement on demand for business travel in October.

Demand for business travel has started to recover from the 40% of 2019 levels seen in the third quarter to about 50% last week, “albeit lower than
expectations back in July,” said Savanthi Syth, analyst with Raymond James.

Besides fuel costs, salaries were “a continued headwind,” for Delta, said Sheila Kahyaoglu at Jefferies.

Wage expenses were “down just 14% vs. 2019 on the 29% decline in capacity,” she said. Further headwinds also included landing fees and maintenance costs.

Jet fuel is up about 18% from prices in the first quarter, she said.

Delta guided for fourth-quarter revenue to be down in the high 20% range as compared with 2019, and capacity to be down 20% from 2019 levels.

Airline stocks have had a rough week, with the Jets ETF down nearly 3% so far. Southwest Airlines Co. LUV, -1.78%, also expected to report quarterly results next week, has endured criticism for canceling or delaying thousands of flights since the weekend, leading Wall Street to question whether the airline is operating in a too-stretched schedule.

‘We want our stories to travel’: Netflix launches Palestinian film collection
Is It Time to Buy the Alibaba Bounce?
Comment

The Margin: Voters are calling the 2020 election ‘chaotic’ and a ‘train wreck’