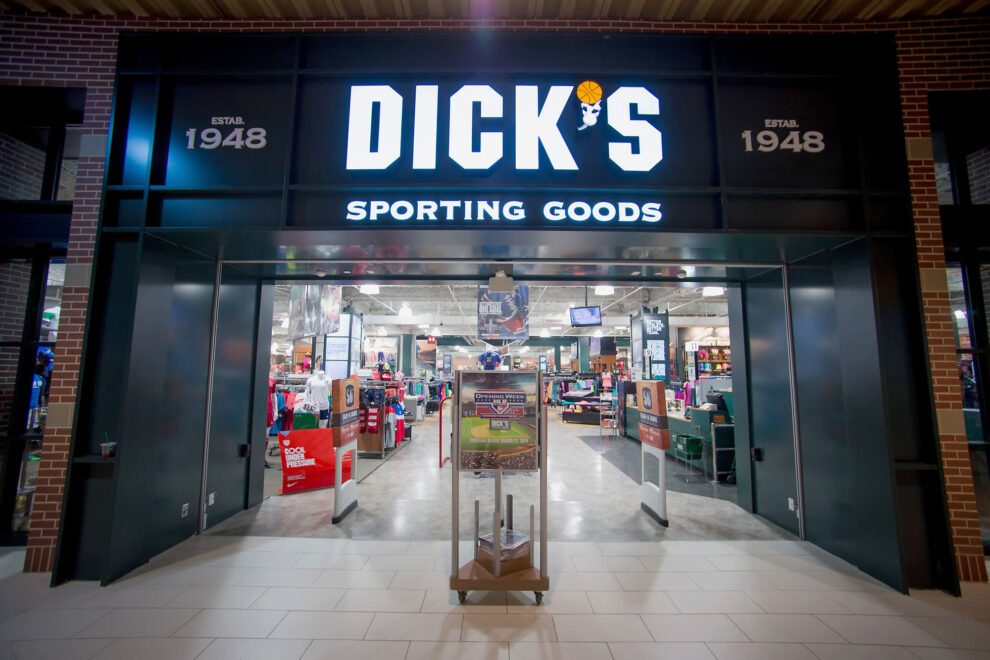 Dick's Sporting Goods topped Wall Street's estimates, as shoppers continued to buy equipment and apparel for working out during the pandemic. Read more...

Shares plummeted by nearly 7% in premarket trading, however, as the company forecast that sales trends will likely slow.

The sporting goods retailer estimated that same-store sales could decline as much as 2% or grow by as much as 2% in the year ahead, a significant drop from same-store sales growth of nearly 10% in fiscal 2020. It estimated net sales for the year ahead will range between $9.54 billion and $9.94 billion, flat or slightly down compared with its net sales of $9.58 billion in fiscal 2020.

Here’s how the company did during the fiscal fourth quarter ended Jan. 30, compared with what analysts were expecting, based on Refinitiv data:

Net sales climbed to $3.13 billion from $2.61 billion a year earlier, higher than the $3.07 billion forecast by analysts.

Same-store sales rose by 19.3% in the fourth quarter, better than the growth of 17.1% expected by a StreetAccount survey. E-commerce sales grew by 57% during the period.

Dick’s sales have picked up during the pandemic, as shoppers have bought golf clubs, workout tops and other items to stay in shape and pass the time during the pandemic. Activewear has been a popular, but increasingly competitive category, as retailers including Target, Kohl’s, Gap-owned Athleta and Lululemon all vie for more market share.

Dick’s will increase investments in the year ahead to between $275 million and $300 million, higher than its total capital expenditures of $167 million and $180 million in fiscal 2020 and fiscal 2019, respectively.

CEO Lauren Hobart, who stepped into her role in February, said the retailer wants to capitalize on trends, such as consumer demand across golf and outdoor activities. She said it has had a strong start to the fiscal year.

“It’s clear that our strategies over the past several years are working and have set us up for long-term success,” she said in a press release.

The company said it plans to buy back at least $200 million of its stock this year.

As of market close on Monday, Dick’s shares are up about 119% over the past year. The company’s market value is $6.87 billion.

Who Owns India's Top Streaming Service? Would You Believe Disney?

Is Amazon's Dominance Under Threat Due to Walmart & Others?