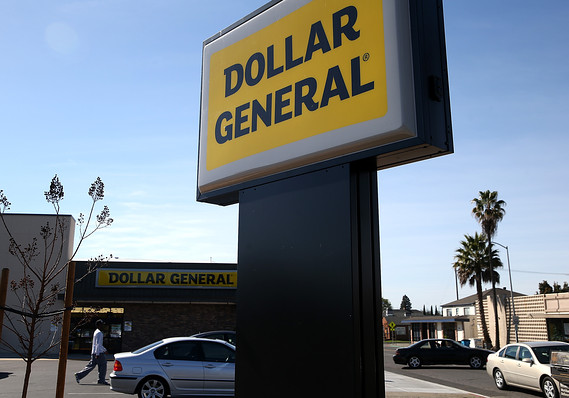 Dollar General Inc., PVH Corp. and other retailers used their earnings releases this season to highlight efforts to manage increased tariffs, showing just how close the trade war between the U.S. and China is coming to American shoppers. Read More...

Dollar General Inc., PVH Corp. and other retailers used their earnings releases this season to highlight efforts to manage increased tariffs, showing just how close the trade war between the U.S. and China is coming to American shoppers.

Many retailers have detailed how they’re negotiating with vendors and others across the supply chain as well as cutting costs to keep prices from rising.

However, as the trade war wears on, the risk of price increases is mounting.

“Over the past several quarters, our teams have been diligently working to mitigate the impact of tariffs on our customers and business,” said John Garratt, chief financial officer at Dollar General. “As a reminder, our efforts have focused on four key areas: continual negotiations with our vendors, product substitutions, product re-engineering and country of origin diversification.”

Dollar General said the guidance “assumes that the company can successfully mitigate, absorb, or otherwise offset the impact of tariffs.”

Dollar Tree Inc. DLTR, -1.94% also took time to explain its efforts to soften the blow from tariffs, saying that the company believes it “has successfully mitigated most of the adverse effects.”

“We have negotiated price concessions, cancelled orders, modified specs, evolved product mix and diversified vendors,” said Gary Philbin, Dollar Tree’s chief executive, on the company’s earnings call, according to a FactSet transcript. “We are now taking actions to mitigate the recently announced tariff increases and will continue to assess the future impact of those tariffs.”

See: Famous Footwear parent Caleres is ‘well positioned’ for tariffs though many goods are made in China

Dollar Tree beat sales estimates in the second quarter, but shares edged down 0.7% in Thursday trading after a profit miss.

“While we believe that Dollar Tree has done a reasonable job in mitigating tariffs so far, we believe its room for maneuver is more limited than rivals, partly because of its focus on lower price points at the Dollar Tree banner,” said Saunders.

“Both Dollar Tree and Family Dollar also have a much heavier exposure to very low-income shoppers than Dollar General and these individuals are much more likely to be affected by inflation, leading to possible reductions in the amount they buy.”

Family Dollar is part of the Dollar Tree portfolio.

And: Cartier, Louis Vuitton and other luxury brands could suffer up to a 60% hit in Hong Kong if protests continue

PVH Inc. PVH, +6.25%, which counts Calvin Klein and Tommy Hilfiger among the brands in its portfolio, revised its guidance, with Chief Executive Emanuel Chirico saying that the trade war is driving “20 cents cumulative impact from the proposed tariffs.”

“While the cut is disappointing, we think PVH is appropriately resetting the bar given a slower retail environment and high levels of uncertainty around trade,” wrote Bank of America Merrill Lynch analysts led by Heather Balsky. “The new outlook accounts for weak traffic in North America and China, including depressed tourist spending in the U.S. and protests in Hong Kong, and higher markdowns with sales below initial plan.”

Bank of America rates PVH Corp. shares a buy but cut its price objective to $93 from $115.

G-III Apparel Inc. GIII, +1.38% was downgraded at Stifel because of tariffs, with analysts pointing to the pressure that PVH outlined.

Williams-Sonoma brands include the namesake stores, Pottery Barn and West Elm. The company expects full-year revenue between $5.74 billion and $5.90 billion and adjusted EPS of $4.60 to $4.80. The FactSet outlook is for revenue of $5.83 billion and EPS of $4.73.

“We expect gross margin pressure to continue to the near-term as tariffs roll through at a higher rate,” wrote Stifel analysts, who expect that the company will dramatically decrease the amount of merchandise coming from China by the end of the year.

“Price increases have been taken selectively, though there has not been any impact thus far on demand,” analysts said.

Stifel rates Williams-Sonoma stock at hold with a $70 price target.

Williams-Sonoma stock has taken a 7.2% tumble in Thursday trading.

Mark Hulbert: Another stock market worry: The year leading up to a presidential election tends to be below average