The "hard penny" market rally retreated Monday, led by Tesla, Nvidia and Square. IBM flirted with a breakout late on Q1 results. Netflix is near a buy point with earnings due. Read More... 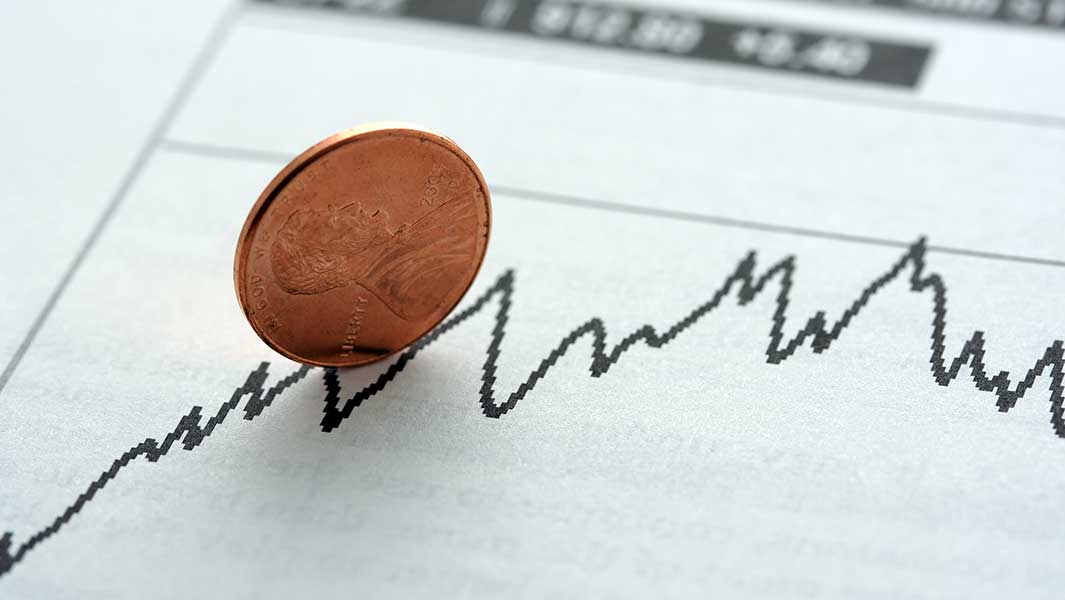 (Bloomberg) — International Business Machines Corp. shares jumped in extended trading after the company reported its biggest revenue gain in eleven quarters, driven by demand for cloud services and suggesting Chief Executive Officer Arvind Krishna’s turnaround plan is starting to bear fruit.Sales increased 1% to $17.7 billion in the three months ended Mar. 31, the Armonk, New York-based company said Monday in a statement. That beat the $17.3 billion analysts had forecast, on average, according to data compiled by Bloomberg.IBM reported first-quarter revenue growth in three of its five business segments, including Cloud and Cognitive Software, which saw a sales increase of 3.8% from a year earlier to $5.4 billion. The Global Business Services unit, which includes consulting, and the Systems unit, which includes hardware and operating systems software, also posted year-over-year sales increases.April marks a full year at the helm for Krishna, who took over as CEO from Ginni Rometty with plans to focus on artificial intelligence and the cloud to revive growth after years of stagnation. Krishna has reorganized the 109-year-old tech giant around a hybrid-cloud strategy, which allows customers to store data in private servers and on multiple public clouds, including those of rivals Amazon.com Inc. and Microsoft Corp. Total cloud revenue increased 21% to $6.5 billion in the first quarter.Krishna said he is “confident” IBM will deliver revenue growth in the second quarter and the rest of the year. “We will exit 2021 in a stronger position than we started,” he said on a conference call after the results were released.The shares increased as much as 4.9% in late trading, after closing at $133.12 in New York. The company has gained 5.8% so far this year compared with an increase of 11% for the S&P 500.Krishna attributed “increasing client adoption of our hybrid-cloud platform,” as well as growth in software and consulting, to helping the company “get off to a solid start for the year.”Last October, Krishna spun off IBM’s managed infrastructure services unit into a separate publicly traded company, which will be called Kyndryl and be based in New York. The division, currently part of IBM’s Global Technology Services division, handles day-to-day infrastructure service operations like managing client data centers and traditional information-technology support for installing, repairing and operating equipment. The unit, IBM’s biggest, has seen business shrink as customers embraced the shift to the cloud, and many clients delayed infrastructure upgrades during the pandemic. It was one of only two of IBM’s units to see revenue decline in the first quarter, with sales down 1.5%, to $6.37 billion. The spinoff is scheduled to be completed by the end of this year.IBM also said revenue from Red Hat, which it bought in 2019 for $34 billion, gained 17% in the first quarter.Earnings excluding some costs were $1.77 a share, beating the average analyst estimate of $1.65. Gross margin was 47.3%, compared with the 47.2% analysts expected.(Updates with CEO comments in the fifth paragraph. An earlier version of this story was corrected to remove reference to Cloud and Cognitive Software being the biggest unit.)For more articles like this, please visit us at bloomberg.comSubscribe now to stay ahead with the most trusted business news source.©2021 Bloomberg L.P.

There’s one thing Mark Zuckerberg can’t copy
What’s Worth Streaming: Here’s everything coming to Amazon Prime Video in May 2021
Comment

Will Netflix Wilt From the Competition?

Martin Lewis: ‘There’s an epidemic of scams, but fraudsters are getting off scot-free’

Walmart Got a $10 Billion Surprise After Buying Flipkart