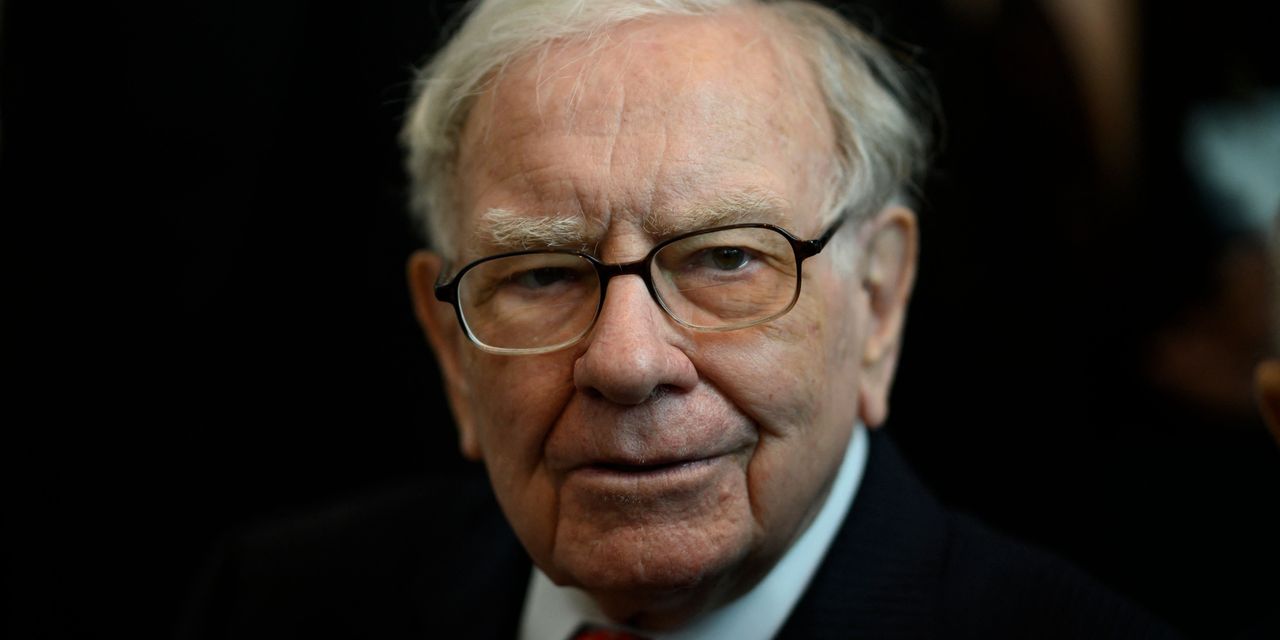 One of the U.K.’s top fund managers and a trailblazing technology investor has criticized value investing and the obsession with short-term metrics, in a departing letter on Thursday. He said his greatest regret was not making bigger and bolder bets.

Listen to experts and have faith in the forces of change, despite severe swings in stock prices, James Anderson said in his report with the annual results of Scottish Mortgage Investment Trust STMZF, SMT, +1.41%.

Anderson will retire as a partner in asset manager Bailie Gifford and as joint manager of its Scottish Mortgage fund next April. The fund — a FTSE 100 constituent with a market cap of more than £15 billion ($21 billion) — has enjoyed remarkable gains over its history, marked by big, early bets on technology companies including online retailer Amazon AMZN, +0.30%, Chinese internet giant Tencent 700, +0.52%, and electric-car maker Tesla TSLA, -3.09%, which the fund bought into in 2014.

Shares in Scottish Mortgage have fallen 9% so far in 2021, but the fund remains up near 60% in the past year.

In a letter to shareholders, Anderson called the world of conventional asset management “irretrievably broken,” and took aim at “value investing,” the strategy famously espoused by investors like Ben Graham and Warren Buffett.

“The only rhyme is that in the long run the value of stocks is the long-run free cash flows they generate but we have but the barest and most nebulous clues as to what these cash flows will turn out to be,” Anderson said. “But woe betide those who think that a near-term price to earnings ratio defines value in an era of deep change.”

Since the emergence of digital technologies, “sustained growth at extreme pace and with increasing returns to scale” has become more evident, Anderson said. He pointed to tech giant Microsoft MSFT, +1.69%, which continues to grow after 35 years as a public company.

“Distraction through seeking minor opportunities in banal companies over short periods is the perennial temptation. It must be resisted,” Anderson said.

He described how the classic and careful investing approach of choosing a level of risk and return along a bell curve is flawed. It “is neither accepting the deep uncertainty of the world nor acknowledging that the skew of returns is so extreme that it is the search for companies with the characteristics that might enable extreme and compounding success that is central to investing,” he said.

But faith is required in investing in high-growth opportunities, Anderson stressed, because share-price crashes happen regularly and are severe. “The stock charts that look like remorseless bottom left to top right graphs are never as smooth and easy as they subsequently appear,” he said.

The fund manager also took a swipe at investors’ obsession with short-term metrics — what he called “the near pornographic allure of news such as earnings announcements and macroeconomic headlines.”

Instead of following “brokers and the media,” Anderson advised listening to experts and scientists. Following expert advice on the advances in battery technology was behind Baillie Gifford’s decision to invest in Tesla early, he said. At the time, Tesla was the only substantial Western player in electric vehicles, which the fund saw as an inevitable successor to conventional cars powered by internal combustion engines.

Plus: This technology could transform renewable energy. BP and Chevron just invested

Anderson also acknowledged the difficulties of measuring the value and profitability of future-focused endeavors. He cited Tesla’s ambitions in autonomous vehicles, which the fund views as possibly transformative for the economics of the company — despite not having any idea how successful it will be.

“To us it is bizarre that brokers, hedge fund mavens and commentators can claim to be able to decipher the future and assign a precise numerical target to the value of Tesla,” he said.

In his final annual results at Scottish Mortgage, Anderson pointed to renewable energy, synthetic biology, and the changing landscape in healthcare innovation as among the revolutionary forces ahead in the market.

Describing what makes for a great investment, he cited Amazon and its founder Jeff Bezos as a model. “The company should have open-ended growth opportunities that they should work hard never to define or time,” he said, alongside “initial leadership that thinks like a founder (and almost always is one)” as well as a distinctive philosophy of business.

“There’s much that I have misunderstood and misjudged over the two decades,” Anderson said, urging those that follow him to be eccentric, and to place trust in unreasonable people and propositions. “My ever-growing conviction is that my greatest failing has been to be insufficiently radical.”

The Moneyist: My friends raised $15,000 on GoFundMe while I was comatose after an accident. But I inherited $1 million, and my insurance covered the costs
COMMENT: Fintech — Can there be too much of a good thing?
Comment