A COVID-19 resurgence could be a tailwind for Amazon, say Benchmark analysts. Read More... 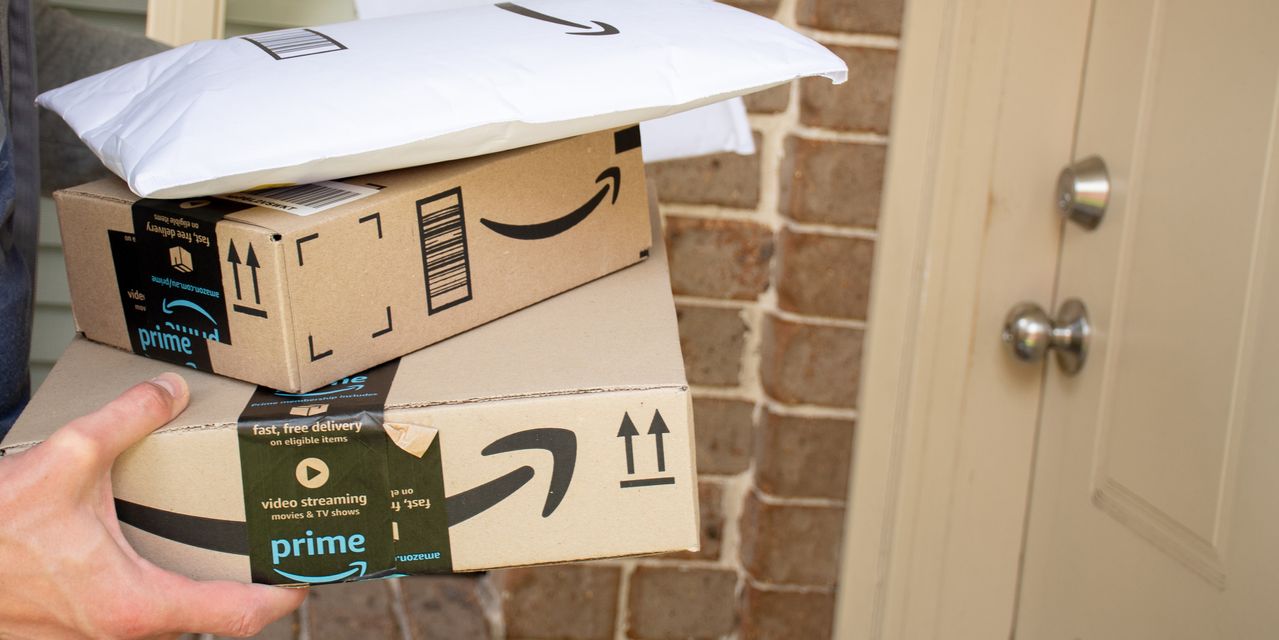 With more consumers heading back to restaurants, events and vacation destinations, analysts are concerned that Amazon.com Inc.’s earnings report will reflect an e-commerce slowdown.

Amazon AMZN, +1.15% is scheduled to announce second-quarter earnings on Thursday after the closing bell.

“There’s probably several reasons for the change in trend, including the reopening of stores and a shift to leisure activities and travel (i.e. there’s less need to order online when on vacation).”

UBS also suggests that heading back to the office could reduce the number of shoppers clicking to buy.

“This means less time at home, reducing the need to order some products online e.g. groceries.”

Consumer Intelligence Research Partners (CIRP) data indicates that Amazon’s focus on adding to its more than 200 million Prime members around the world is yielding results.

“Beyond meeting the obvious and enormous challenge of scaling up to accommodate increased demand, Amazon mostly convinced shoppers to join Prime,” said Josh Lowitz, CIRP partner and co-founder in a statement.

“The well-developed Prime membership model worked, with Amazon gaining about 30 million new individual Prime shoppers in the U.S. in the past 12 months.”

However, Zack’s notes that shares of both Amazon and Apple Inc. AAPL, +0.48% have lagged behind other tech stocks.

“It appears the market sees these two leaders’ pandemic outperformance being at the expense of future periods. This view likely explains why the market effectively shrugged standout results from both these players back in April,” Sheraz Mian wrote in a report published Friday.

Still, Benchmark analysts are upbeat, though it’s for a terrible reason.

“Shares have just started to sneak out of an almost 12-month trading range, likely aided, unfortunately, by increasing concerns of a pandemic resurgence,” Daniel Kurnos wrote.

Amazon has an average buy stock rating and average target price of $3,690.02, according to 50 analysts polled by FactSet.

Here’s more of what you should know about Amazon before it reports second-quarter earnings:

Estimize, which crowdsources estimates from sell-side and buy-side analysts, hedge-fund managers, executives, academics and others, forecasts EPS of $15.17.

Read: Many Amazon Prime Day customers placed more than one order, with 11% placing five or more

Amazon has beat the FactSet revenue consensus the last 10 quarters.

-Prime Day may have been lackluster. UBS analysts say this year’s Prime Day event, which took place on June 21 and 22, was “underwhelming.”

However other analyst groups are more upbeat.

Truist Securities uses data from the Adobe Digital Economy Index, which showed a 6.1% Prime Day sales increase to $11 billion, and other data points to determine the event was “successful.”

“We believe that Amazon Web Services will continue to grow at a high clip this year,
up nearly 29% year-over-year, driven by a secular shift toward cloud storage, partnership agreements, and international expansion,” analysts wrote.

-Amazon will continue to invest in video content following the MGM announcement. Amazon announced in May that it would acquire movie studio MGM, an $8.45 billion deal that is under Federal Trade Commission review.

Truist analysts say the addition of MGM content, which includes the James Bond films, along with an $11 billion investment in Prime Video and Music content, as well as investments in logistics and fulfillment are part of Amazon’s efforts to beef up its Prime offerings.

“We view all these investments as evidence of Amazon’s customer-obsessive ethos, as the company continues to pour money into additional services to make Prime
membership that much more valuable, which should increase engagement, lower churn, extend long-term value and reinforce Amazon’s scale advantages over time,” Truist wrote.

“We believe the output of this stepped up investment activity will be the resumption of one-day Prime delivery expansion (which reached just shy of 50% prior to pandemic capacity headwinds,” analysts wrote.

“As the company typically deploys new fulfillment assets during 3Q heading into the holidays, we believe it will not be too long before it will announce a faster delivery option.”

“Our conversations with marketers indicate that sellers continue to lean in hard on Amazon, given the direct response and high intent nature of the platform,” analysts said.

“Additionally, as a high margin business, strong advertising growth is a material source of operating leverage, which offsets higher shipping and fulfillment costs.”

The Tell: Bitcoin price trades above $40,000 — 4 things driving the rally
Are Any Marijuana Stocks On U.S. Exchanges Good Buys As This One Forms A Base?
Comment

Disney Stock, IBD Stock Of The Day, Flashes Buy Signal On This 1-2 Punch

Top Ten: 10 articles to help you with money, investing and life