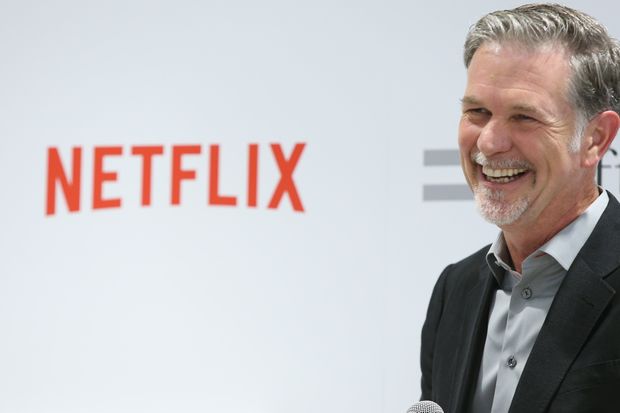 Before Netflix Inc. reports its quarterly results next week, a parlor game of sorts has emerged in Silicon Valley: Is a price hike in the cards?

After the video-streaming giant raised monthly prices in Canada to $15 from $14 in October for standard HD service, and to $19 from $17 for premium HD service, the speculation immediately turned to when we might expect the same in the U.S. Adding to the intrigue, Netflix has quietly eliminated its free trials, requiring a paid plan to gain access to its streaming service. The company’s help center page now says free trials “are not available.”

Netflix NFLX, -0.62% did not reply to email messages seeking comment on either of the moves, which follow two consecutive quarters of blockbuster growth in subscriptions. After announcing more than 10 million new subscribers in their last earnings report, however, Netflix executives said that the gains in the first half of the year were likely just pushed forward due to the COVID-19 pandemic.

“As a result, we expect less growth for the second half of 2020 compared to the prior year,” they wrote in a July letter to shareholders.

Shares dropped 6.5% the day after that report, as financial analysts fretted about lower subscriber additions and the company eventually running out of completed content to feed its users. The stock has roared back of late, however, as analysts have predicted higher prices on the horizon for the company’s nearly 200 million subscribers.

“The Canadian price increase supports our view that broader price hikes are probable in the near-term,” Jefferies analyst Alex Giaimo said in an Oct. 8 note that reiterated a Buy rating and price target of $570, and estimated that Canada, with about 7 million subscriptions, accounts for 4% of Netflix’s user base worldwide . “[Netflix] typically adjusts pricing every 2-3 years.”

Read more: Netflix is pushing for huge international expansion after successes with ‘Sex Education’ and ‘The Crown’

Netflix’s last major U.S. price increase was in January 2019, when the company hiked prices 13% to 18%, its biggest increase since the company launched its streaming service in 2007. Netflix announced that price increase just three days before it reported earnings; the company is scheduled to report third-quarter earnings after the bell on Tuesday, Oct. 20.

Netflix executives are routinely asked about pricing. During a first-quarter conference call with analysts in April, Chief Financial Officer Spencer Neumann flatly said, “Right now, we’re really not thinking about it. It’s not really a time for us to be thinking about price changes.”

“When we look forward, I would say every country is in a different mode [on pricing]. And so we’re going to sort of continue to assess a bunch of different factors over time,” Chief Operating Officer Greg Peters said then. “We’ll look at macro factors country by country. We’ll also look very closely on our specific metrics, and it’s metrics like engagement, like churn.”

With net subscriber additions plateauing after an initial surge during the outbreak of the coronavirus pandemic, Netflix might need an infusion of revenue to maintain and expand programming amid competition from Walt Disney Co. DIS, -0.70%, Apple Inc. AAPL, +0.16%, Comcast Corp. CMCSA, -0.76%, AT&T Inc. T, -0.45%, Amazon.com Inc. AMZN, -0.64% and others. Analysts surveyed by FactSet estimate earnings of $2.12 a share on revenue of $6.37 billion. They expect additions of just 3.55 million paid subscribers globally in the third quarter, after Netflix topped 10 million in the two prior quarters.

“While [streaming] competition has certainly increased since the last time Netflix raised prices, we note that recent Hollywood film delays and continued closure of alternative entertainment options (concerts, theater, sporting events) increase the value proposition that Netflix offers,” Giaimo wrote in his note last week. “Hollywood stars themselves (actors, directors, writers, etc.) may look to do more Netflix content given the need for eyeballs and exposure to remain relevant.”

The stakes are definitely higher in the age of COVID-19, with rivals offering services free or at a discount to Netflix’s prices. Disney on Monday announced a major reorganization that pivoted the company’s media and entertainment businesses toward streaming as millions of Americans work, learn, and entertain at home. Movies such as “Mulan” and “Hamilton” have premiered on Disney+, which costs $6.99 a month, rather than theaters.

The prospect of Disney and Apple raising their streaming games would be noteworthy enough for Netflix, but with Netflix’s pipeline of new content expected to taper with the continuing pandemic causing production shutdowns, the company may be losing the head start on content it had through the first few months of the pandemic.

Company officials said as much in releasing earnings in July.

“We don’t believe competition was a factor since there wasn’t a material change in the competitive landscape during Q2, and competitive intensity and our penetration is varied across regions (while our over-forecast was in every region),” Netflix executives said in a letter to shareholders. “Rather, we think Q2’s content slate drove less growth in paid net adds than we anticipated.”

Need to Know: ‘The dot-com bubble on steroids’: Why growth stocks can keep going a while longer, strategists say
Coronavirus update: Global cases top 40 million amid surging infections in Europe and the U.S. as winter months arrive
Comment