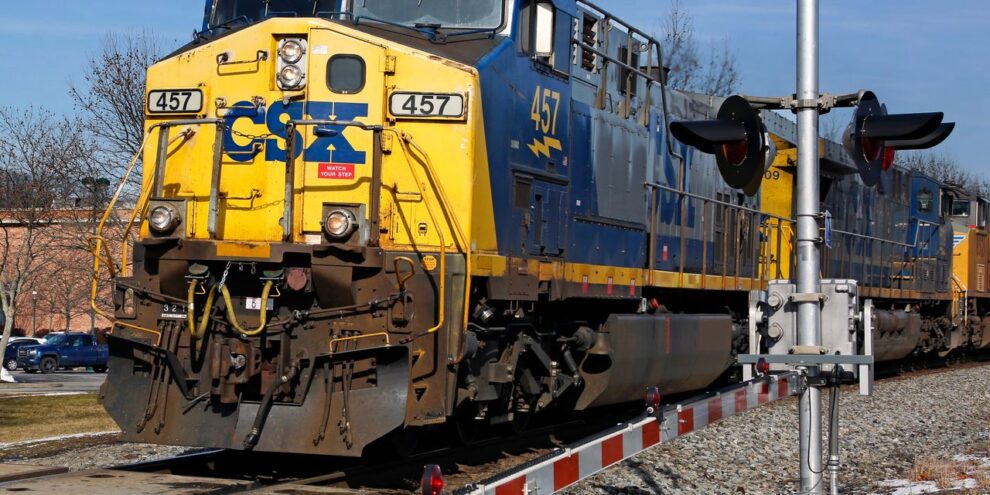 Rival rail operators CSX Corp. and Union Pacific Corp. on Thursday both reported third-quarter results that beat estimates, helped by higher prices and the fuel surcharges they tack on to offset fuel prices. But different outlooks for both companies sent their stocks in opposite directions. Read More... 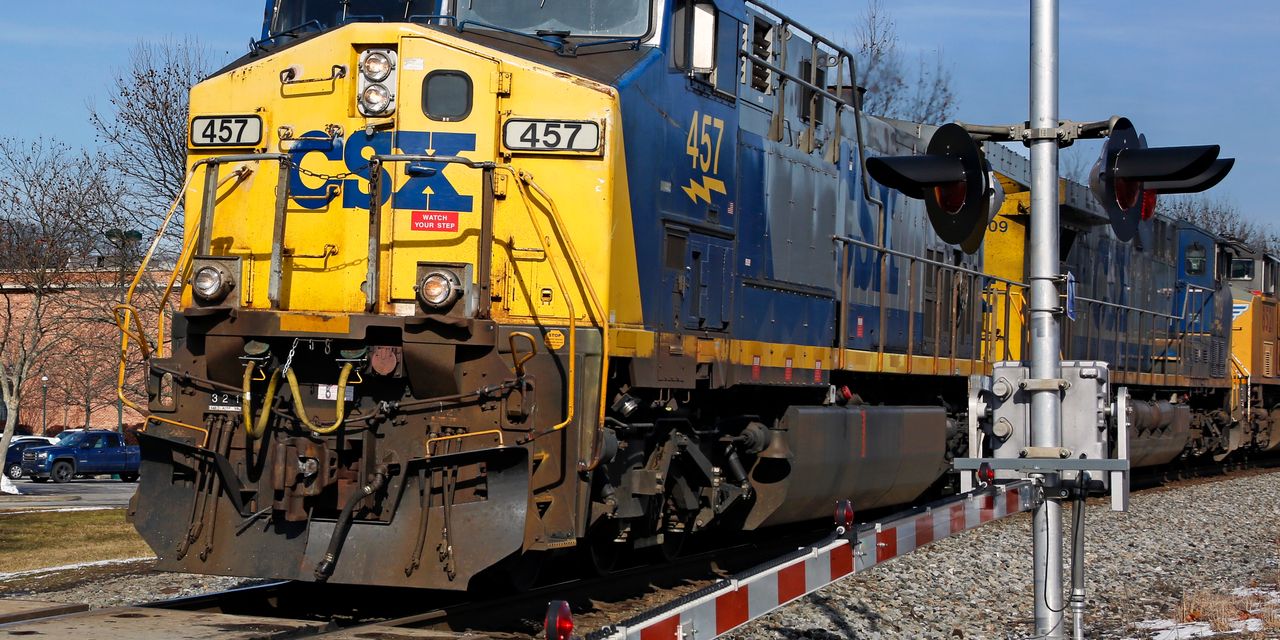 Rival rail operators CSX Corp. and Union Pacific Corp. on Thursday both reported third-quarter results that beat estimates, helped by higher prices and the fuel surcharges they tack on to offset fuel prices. But different outlooks for both companies sent their stocks in opposite directions.

Union Pacific UNP, -6.80%, whose operations are focused on the Western two-thirds of the U.S., cut its outlook for carload growth on Thursday morning, saying “markets are softening a bit.”

But after the market close, CSX CSX, -3.01%, whose rail network covers much of the nation east of the Mississippi River, stuck with its full-year sales outlook for double-digit growth, excluding impacts from a real-estate transaction in Virginia.

“Ultimately, results were a bit better than expected, which is positive, and following challenging 4Q guidance from Union Pacific, shares should react favorably assuming CSX can avoid a similar step down,” Citi analyst Christian Wetherbee said in a note following CSX’s results.

CSX and Union Pacific reported earnings as large rail operators try to lock down a deal with rail-worker unions to avert a strike, and as Wall Street frets over freight demand and a possible recession. And after years of trying to keep costs lean amid a decline in coal usage and greater competition from trucking, railroads have tried to hire more people to increase crew sizes in an effort to improve service.

Along with a possible recession, Wall Street has worried that higher wages and other concessions from new labor contracts would hurt profits. Some analysts late last month have also said rail stocks “aren’t yet priced for a freight recession.“

CSX was up 4.1% after hours. Union Pacific crept 0.2% higher after the bell on Thursday. But it finished regular trading 6.8% lower, after the release of its results.

Union Pacific cut its full-year carload growth outlook to roughly 3%, from an earlier forecast for growth of 4% to 5%.

“Service and the new labor agreement have impacted incremental margins (32% in 3Q), and could overhang results for another few quarters,” Wetherbee said in a research note on Union Pacific’s earnings earlier in the day. “Overall, core results were likely softer than investors expected and elevated inflation could weigh on incrementals into 2023. Shares will likely be pressured by results and the guidance cut.”

Sales came in at $3.9 billion, compared to $3.29 billion a year ago, helped by higher fuel surcharges and pricing gains, company executives said. Volumes increased by 2%.

Analysts polled by FactSet expected CSX’s adjusted earnings to be 49 cents per share, on revenue of $3.739 billion.

CSX also said that third-quarter results included “additional labor and fringe expenses related to tentative union agreements, with $42 million specifically to adjust for wage, bonus and other benefit costs in prior periods.”

During CSX’s earnings conference call, executives said that demand among its customers was still holding up, even if some industries, like housing, indicate a slowdown and as clouds form across the broader economy.

CSX’s revenue from merchandise jumped 14%, albeit on only 1% higher volume. Demand rose for products like wheat, grain and ethanol. And executives cited strength in automobiles, as knots loosen in the semiconductor supply-chain and the auto industry tries to clear inventories. While stressing that CSX needed to build up its ranks of train and engine workers, executives also said they could rely on the company’s natural employee attrition rate to “control our numbers” should demand turn south.

Rail-worker unions are demanding better pay, safer working conditions, less grueling schedules and more generous sick time. A strike, were one to still happen, could mangle the supply chain and cause a further spike in prices for everything from cars to chemicals and gains. The rails and the unions reached a tentative deal last month. But some rank and file workers have since balked.

“There is clearly some more negotiating to do with the unions, given the quick rejection from BMWD and four other unions that are out for ratification votes, and do see a scenario, albeit unlikely, that there is a rail strike in November,” Cowen analyst Jason Seidl said in a note Thursday.