Salesforce.com Inc. shares rose Wednesday after the cloud-based customer-relationship management company hiked its forecast for the year yet again, following a strong quarter when it closed on its acquisition of Slack Technologies Inc. Read More... 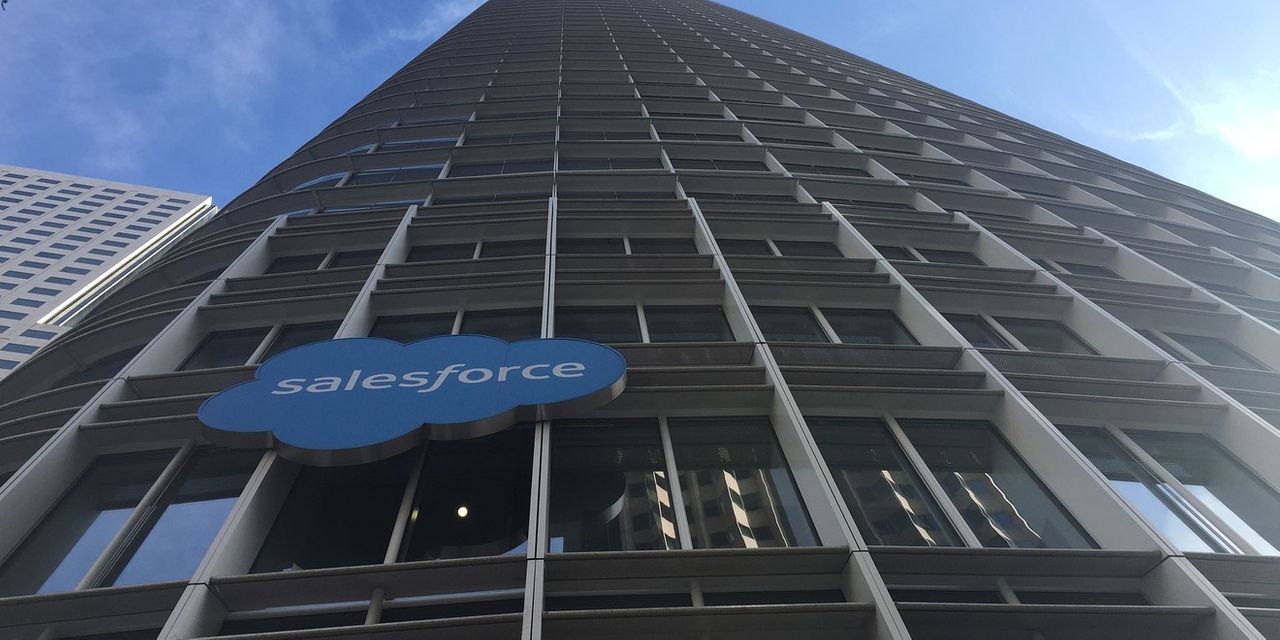 Salesforce.com Inc. shares rose Wednesday after the cloud-based customer-relationship management company hiked its forecast for the year yet again, following a strong quarter when it closed on its acquisition of Slack Technologies Inc.

This quarter, Salesforce was calling for operating margins of 1.8% unadjusted and 18.5% adjusted for the year. On the call, Benioff attributed some of this margin improvement to having to reorganize the business on a digital footing, just as other business have had to do, during the COVID-19 pandemic.

“We made strategic decisions, we made tactical decisions, but we also made decisions in our core way that we’re operating our business, and you can see that with these operating margin results, and also I’m sure it was subtle to everybody but after doing one of the biggest acquisitions in our history, we also just raised our operating margin again and our guidance,” Benioff said, referring the company’s $27.7 billion acquisition of Slack, which closed on July 21.

“So we are really quite confident and remain on our path to generate $50 billion in revenue by fiscal year 2026, which doesn’t seem very far away from right now,” Benioff said. “And when we first gave that number, it didn’t seem as — it seemed like it was so far away. Now it seems like, wow, this is going to happen.”

The full-year outlook includes about $530 million in revenue, up from last quarter’s forecast of $500 million.

Salesforce reported fiscal second-quarter net income of $535 million, or 56 cents a share, compared with $2.63 billion, or $2.85 a share, in the year-ago period, when the company received a $2 billion tax benefit from changes to its international corporate structure. Last year’s second-quarter earnings report also drove the stock to its best one-day gain ever. Adjusted earnings for the just-completed second quarter were $1.48 a share, compared with $1.44 a share in the year-ago period.

Revenue rose to $6.34 billion — breaking the $6 billion barrier for the first time — from $5.15 billion in the year-ago quarter.

Salesforce shares rose more than 2% after hours, following a 0.5% gain in the regular session to close at $260.85.

Why Lyft Stock Rose 14% in June

Tax Guy: Two years after the Tax Cuts and Jobs Act — who are the winners and the losers?